How can women leaders reach their full potential? A chat to Inge Walters

“Corporate culture is the most important driver of women’s confidence in their own success. In general, corporate culture still has a preference for more masculine leadership styles, making it more challenging for women to lead,” says Inge Walters, facilitator and coach at Eve Learning, a company she founded in early 2015 and which focuses on leadership development for women.

"For example, men apply more control and corrective action and behaviours, whereas women tend to be more focussed on people development, role modelling and participatory decision-making."

Inge is enormously passionate about her chosen line of work and wants to see women advance in the workplace and attain senior-level positions. "There are often more women percentage-wise at junior levels than at senior levels," she says. "We need to look at both attracting and retaining women. My aim is to help them fulfil their potential to enjoy a successful and fruitful, sustainable career."

Although she has a background in finance, Inge began her career in a business analyst position with McKinsey & Company, eventually moving into the coaching and facilitating space. "Starting my career at McKinsey had a massive impact on how I think about work, and became a standard for me in terms of what work could be. It opened my eyes to the value of investing in people in terms of how they think and feel, rather than just what they know," she says.

Women bring a unique set of strengths to the workplace, Inge believes: "A big one is decision-making and how they include people in coming to a decision. Women are more consultative in their approach. They are often good listeners too, which is important when it comes to problem solving or devising a strategy. There's something about women's willingness to engage in a process and be part of a team, and develop people as they go."

However, she says, women also face a different set of challenges in the workplace: "Every year this is becoming more prevalent in the way in which we work - needing to be available anywhere, anytime. For many women this is tricky because they are juggling different sets of priorities and roles. Not being able to compartmentalise can be challenging. It's difficult to focus on your family and be attentive to work."

Inge made the decision to strike out on her own and found Eve after the birth of her second child, which was quite close to her first. "I realised they would need more of my time and that corporate hours and international travel would have been tricky," she says. These days, Inge spends the bulk of her time facilitating workshops. "I run workshops on presence and on creating purpose, managing your career, working sustainably, building networks and resilience," she says. She also helps women with aspects such as gravitas, confidence building and using language, body and emotion to build greater presence, and recently branched out into ontological coaching (ontology is the study of being), which she mostly does via online coaching.

"I tend to work with women on whatever presents a challenge to them at that time. It often comes up that women are overwhelmed and need some guidance to find their way through different stages of life." 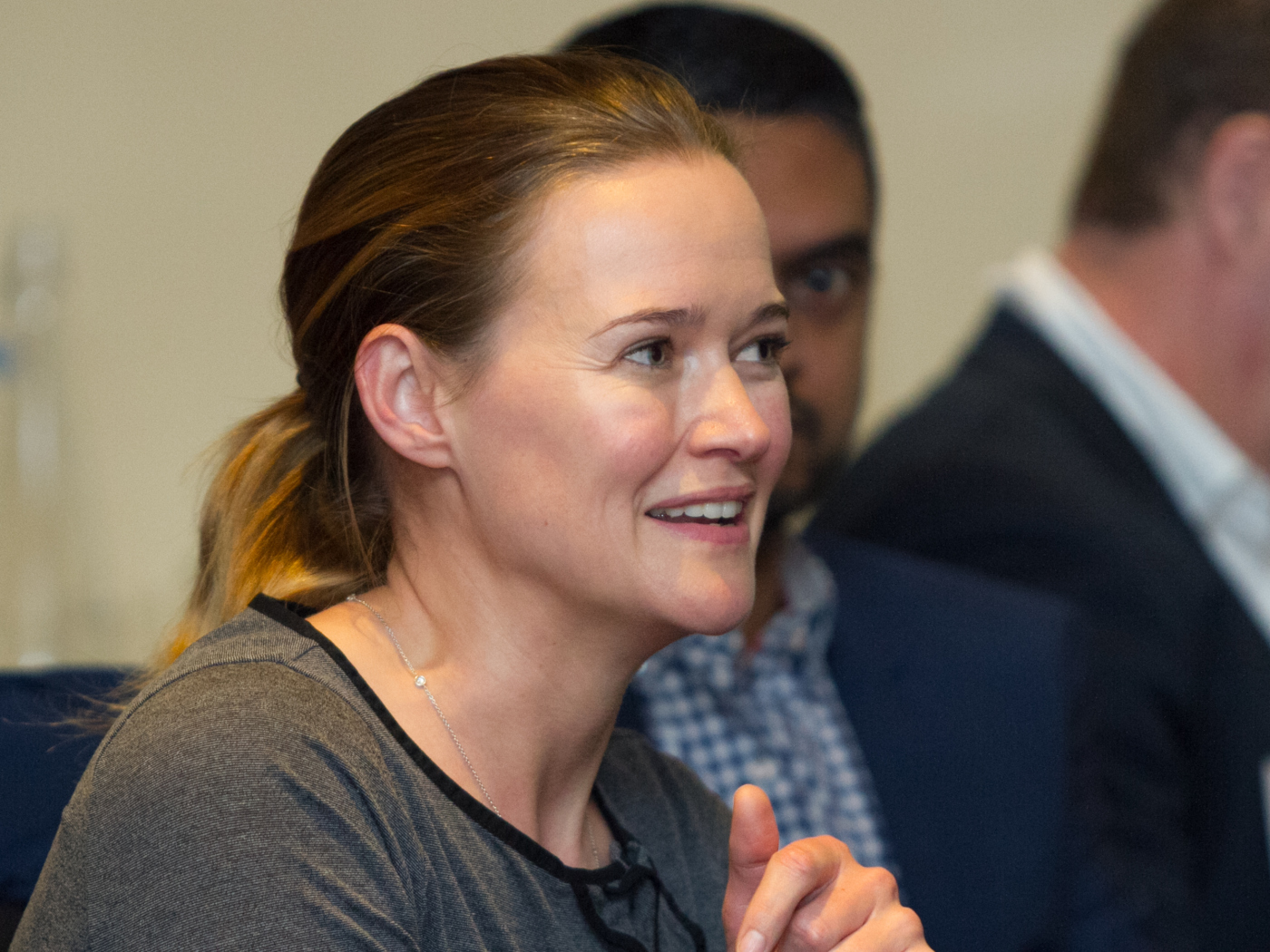 Inge wants her participants to engage in "courageous conversations", which she says are about being authentic and real, and being true to yourself in addressing what could be uncomfortable topics. She is careful to structure her sessions in such a way that they don't turn to 'moan-and-groan' meetings. "I develop specific content to focus on mindsets and skills, rather than just talking about how people feel. The core is self-awareness and development rather than just feeling sorry for ourselves. When participants do talk about their challenges I do it in smaller groups where participants can share and get support from each other. It's important to set the right context for these conversations.""

Inge says experience has taught her that women are not always as supportive of each other as they could be, for various reasons. "Some are competitive or want to protect their 'turf', or believe that others must find their own way," she says. "In my experience, more than those things, many women just don't have the time to invest in supporting other women because they are focusing on keeping it together themselves. Many senior women have so much on their plates at work, that they have to focus on what needs to be done and don't have time to invest in other women. It's like women are working on being efficient all the time. When you have that focus on getting things done, it's difficult to support each other. I don't think it's always malicious, it's just that something has got to give when your time is limited."

As a mother and a career professional, Inge offers some advice to those in this same position: "More than balance and priorities I would say invest in your relationships, wherever you are going to be. So invest at work and at home if you are a working mom because neither will be fun without friendships and feeling a sense of belonging. You can be super successful but also super lonely at work. You can have success at home but feel alone and guilty. You need to feel connected and cared for, and like you belong, and you can only do that if you consciously build relationships in all those spaces."

Inge also believes that who you choose as a spouse is crucial: "It's hard to progress if your husband isn't supportive. Oftentimes, when things have to give, it's the women's career. It can affect people's identity if one spouse progresses and the other doesn't, or someone needs to take a leap forward in their career but there's no one to pick up the slack. It's more than just sharing chores; it's about sharing the dream. This partnership is very important in terms of how your career unfolds."