To be successful, leave your ego at home, says Till Streichert, Vodacom Group CFO

CFO of the Year 2017 Till Streichert talks about competing in the gruelling Cape Epic.

Together with his partner David de Lima, Till finished 75th in a field of 650 teams in the 2018 Cape Epic – the world’s most famous mountain bike race. “It is a world-class event, very competitive, and I am pretty happy with what we achieved. For David, who did eight Cape Epics before, it was his best result so far.”

Finishing the eight-day test of mind and body over an undulating – and sometimes ultra-steep – terrain of rocks, gravel and loose sand is an astounding feat in any context. Ranking not far away from mountain biking pros and former Tour de France stars as a busy and successful CFO is completely unheard of.

“I ran my first marathon, in Munich, when I was 14,” says Till, when asked how he managed to keep up with famous pedalists like former Olympic champion Bart Brentjens, the American pro-cycling legend George Hincapie, and a host of other big names. “From my 16th until my 26th I did duathlon – running, cycling, running – competitively and our team of three was vice-champion of Germany at some stage.”

CFO of the Year
Till made a name for himself as telecoms finance manager in Germany, the UK and Romania, before coming to South Africa to join Vodacom in 2014. On 11 May 2017, Till was crowned CFO of the Year during the annual CFO Awards in Johannesburg. He also went home with the Strategy Execution Award and the Finance Transformation Award for the IT implementation, efficiencies, cost control and Tanzanian IPO he had been leading.

Getting up early and skimping on sleep are the only ways to combine a high-powered executive role with the training required to ride the Cape Epic, Till says, admitting that the balance is difficult and that he won’t do the race every year. “I trained about 12 hours a week for the last few months, which is probably on the lower end to get to the top-75, but I do benefit from the foundation of all the sports I did when I was young. I got up at 4:45am twice a week and then used to ride between 5:00am and 6:30am or 7:00am, high intensity training – saving the long training rides for the weekends."

"I also get by on little sleep. As a CFO, it does mean you have to be very disciplined and have good day plans, as work is something you cannot scale back on.”

The Epic is widely known as the Tour de France of mountain bike racing and has been classified in the same difficulty category. “It really is unique and probably the most prestigious race in the world. What makes it really special is that it allows amateurs to race on the same day and start only five minutes later than the professionals. That is pretty cool,” says Till, adding that the race is as tough as he has ever come across. “It takes you to your physical and mental limits.”

Strengths and weaknesses
One of the other special aspects of the Cape Epic is that it is a race for teams of two. After Till’s training partner needed to pull out, he managed to team up with David de Lima six weeks before the race. “We didn’t know each other but we rode together brilliantly," says Till.

"To be successful, you have to leave your ego at home. You have to talk, listen and work with each other’s strengths and weaknesses." 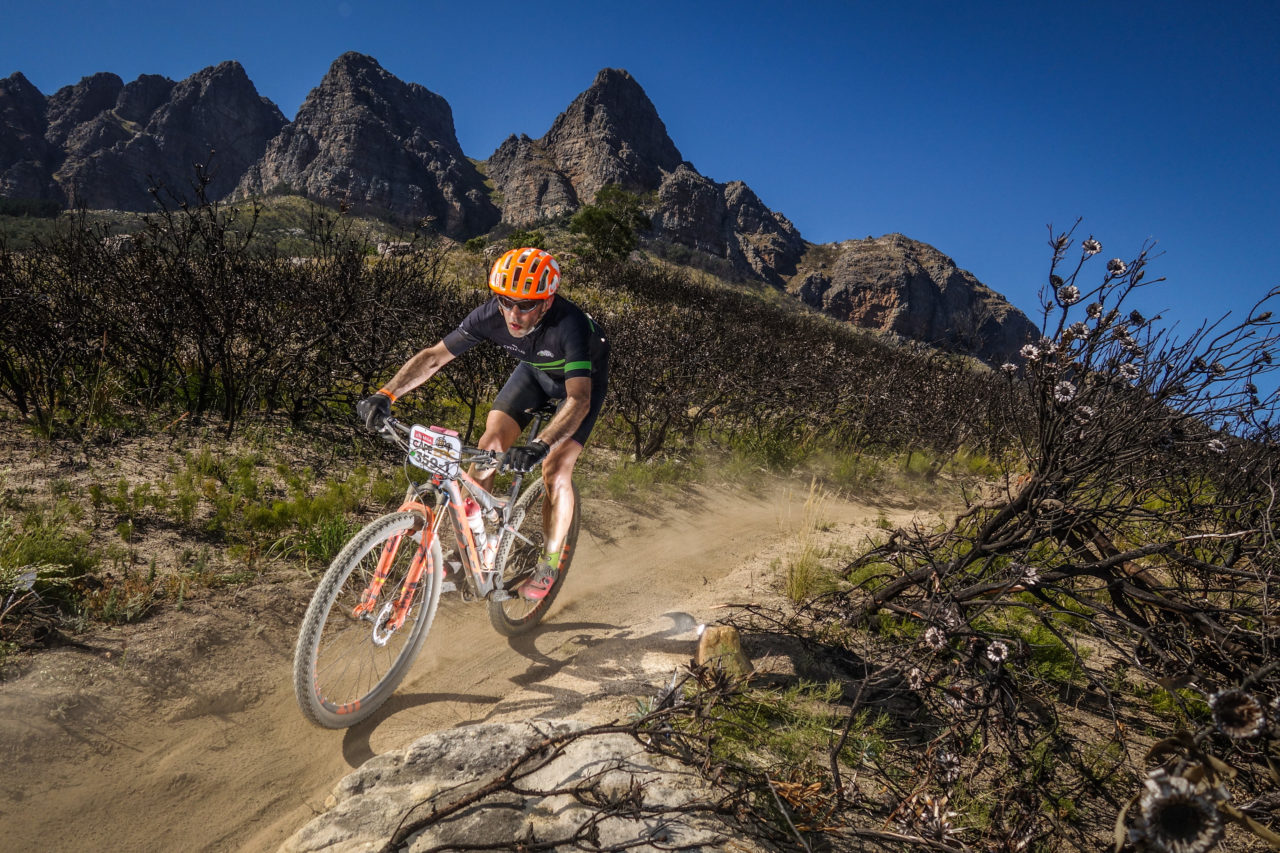 Till counts avoiding big risks downhill, pacing the first few days cleverly and playing to each other’s strengths and weaknesses as part of their strategy. “For me, that’s steep climbing and downhill, while my partner excelled on the flats and gradual inclines.”

The “absolute highlight” was the queen stage over the Bainskloof pass into Wellington. “It was the hardest stage and we came 59th overall,” says Till, who admits not having had much eye for the stunning scenery. “We were very, very focussed on the race and the trail. You get very tired and see people losing control, even on straight downhills, right in front of you.”

Till believes there are some important lessons for CFOs in mountain biking. “Sports in general teach you a couple of life skills, like honesty, humility and taking care of each other. Unless you are the world champion, there is always someone better than you,” he says. “You learn how to work within your limits and then push them. You set yourself a target and push yourself to see how much you can achieve. Often, it is more than you think.”