“For a Kenyan company like ours, the competition is nowhere and the room for growth is enormous,” says Jovan Grujic, CFO of the diverse, family-owned group PISU & Company. The Serbian money boss has had some great successes during his career in Europe and now wants to cut his teeth in a real growth market. “I was seeing growth in Asia and Africa and decided to be part of it. I want to be here while it happens, not afterwards. It is a big challenge but very rewarding.”

In December 2015 we are publishing a number of CFO of the Week interviews with CFOs in Kenya. To be part of our Kenyan CFO community, join CFO.co.ke as an online member and receive our newsletter, follow us on Twitter and join us on LinkedIn

We spoke exclusively with Grujic about his varied career in several European countries, the challenge of convincing the owners of the Kenyan business to restructure and the need to network with other CFOs and FDs. "I want to start a shared services centre and look at an offshore structure. Hopefully I can make PISU interesting for private equity and investors."

You moved to Kenya less than 2 years ago. What did you career look like before that?
"I am from Serbia and was educated in Serbia, Belgium and the United Kingdom. After president Slobodan Miloevi? was gone there was good growth in the country until 2009. For 8 to 9 years I have worked for big corporates, multinationals and private equity firms. Most multinationals would put their regional headquarters in Austria or Slovenia and I have worked there too." 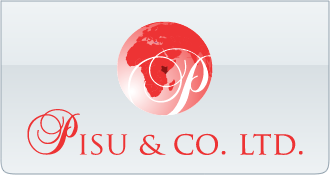 What was the proudest moment in your career so far?
"That was my first CFO position, at a unit of Credit Agricole in Serbia. We were into asset management, but Serbia was not a good place for wealth management in 2009. The bank's headquarters in Paris wanted to close us down and the company was hanging. Together with the CEO, who was an investment banker, I managed to achieve a lot. We created a new products, following the bank products and working more in the bank assurance space. Eventually we sold the company, the bankers in Paris made money from a company they wanted to close and I received a big bonus. It was the craziest year of my life. My mother had serious health problems, my relationship was going badly, but work was very interesting and a way of dealing with the personal issues. We featured a lot in the local newspapers at the time - it was very exciting."

Why did you join PISU & Company?
"This company employs 500 people and is also active in Uganda, Tanzania and its present trough representatives in Malawi, Mozambique and Ethiopia, so it gives me international access. When I had decided I wanted to work in a high growth economy I looked at Vietnam, China, Ethiopia, Tanzania and Kenya - and this opportunity came. Kenya is not so much a growth country, but it is a regional hub."

How big are the opportunities in Kenya?
"Very big. The multinationals are not seriously present here yet. That means we basically have no competition and there is a big room for error. Even when you have a liquidity problem, you get through it. The market is totally free and there is a lot of growth potential on the people side, given how poor that is developed until now."

How big was the culture shock and the need to adapt?
"There were two big changes: working on a different continent and working for a family company. Working for a family means I am not so much focussed on the things that need to be done, but I have to continuously sell my objectives. It is not a typical CFO role, but much wider. Managing the Kenyan-Indian owners can be exhausting, as it also involved a lot of consultations with former founders and executives. I need to do a lot of presentations, but still do the technical part."

"What I also had to get used to was that people are working 9 to 5. After that everything closes down, partly due to security reasons in our area. In Europe you stay until the job is finished, even if that is on Saturday. Here formality is often more important than substance. People management is a challenge of its own. People don't show up for work without providing a reason. I was shocked at first. I had never experienced anything like it. Nobody would ever do something so stupid in Europe. There is also a lot of fraud happening. You can come up with the right internal controls, but implementation is critical and for that you need the right mindset."

What is your mission at PISU?
"This is a group of 14 companies, but they are not structured properly. We are active in property, food packaging, power supplies and energy. We also deliver supplies to NGOs and the government. My task is to create two big companies. PISU itself will focus on energy and the other company on things like supplies for NGOs. We want to make the company more attractive for investors or private equity and look at an offshore structure. That can save a lot of money. We want to be bigger, but more flexible."

"Sharing experiences with other CFOs will be great, especially since we are often faced with similar challenges. I am also interested in building a network of opportunities."

"This had caused a major clash in the family. Eventually we were forced to do something, because the bank said they have to look at the total risk of the group, but be cannot consider the total assets, as the company is not consolidated. Together with PwC I have started to work on PISU Holdings. At the moment I have 4 proposals on the table for the owners to consider."

How do you see your finance team evolve?
"At PISU we have 2 finance people in every company, but there is no synergy. I am trying to work as a service centre, but they are still in different companies so until we have restructured that is very difficult. Financial modelling comes down on me alone, because I don't have people that can help me with that. I work a lot from home, but that is not ideal, because I want to create a team. There are a lot of young people in the company who can be developed."

What do think about the need for CFOs in Kenya to meet each other?
"Sharing experiences with other CFOs will be great, especially since we are often faced with similar challenges. I am also interested in building a network of opportunities. I meet a lot of banks, investments professionals, but it will be good to meet peers and learn how other companies are approaching things."