"If you think you have a good deal, look at all the stakeholders again and craft an exceptional deal." That was one of the messages from Deon Viljoen, CFO at Alexander Forbes, at the CFO event 'Executing an effective growth strategy' at the Nedbank headquarters in Johannesburg on 30 July 2015. Viljoen was elected CFO of the Year in May and his rendition of the way he has dealt with the turbulent recent history at the country's biggest pension funds administrator made it clear why. "I have aged in dog years, but also have gained dog years experience," he said.

In the last 8 years Alexander Forbes has delisted, relisted, done a capital restructure and dealt with "serious reputational issues". Viljoen referred to the 'bulking' issues of the past and the 'stripping of surpluses' at the Lifecare retirement fund. "The spotlight was on us and we learned very hard lessons. It also meant the organisation was ready to listen and adopt a new culture of higher purpose, driven by our current CEO Edward Kieswetter." The CFO - who refers to himself as Chief Integrity Officer - has been instrumental in charting the way to a brighter future, working under no less than 4 CEOs during his tenure - and thus continuously adapting his role.

Viljoen walked the audience at the KPMG-sponsored event through an impressive and detailed presentation of the way Alexander Forbes has fared over the last years, increasingly working with value drivers instead of numbers. he also explained the rationale behind the delisting and the subsequent relisting last year. "Try not to have the same crisis twice, but institutionalise the way you deal with it," was one of the valuable lessons from the presentation.

"The Alexander Forbes story is work in progress," Viljoen told the conference room at Nedbank, which was packed to the brim with CFOs anxious to learn from their impressive peer - and to spend time networking before and after the Master Class! "We have been going through tough times and have come out on the other side," said Viljoen, who emphasized that the often used scale of progress for a CFO - from bean counter to process manager to business partner to value manager - is not path but an expansion of the role. "Even when you move further up the scale, you can never forget about the basics."

#casestudy - "Just before the financial crisis, in December 2007, we entered a 24 month equity hedge structure. We cashed out in November 2008 and in hindsight we looked very clever! This is exactly what we advise clients - look at the risk appetite and then decide. However, the decision not to hedge again at a later stage was probably more valuable - but it is invisible."

Alexander Forbes was a very complex business, often even misunderstood by analysts, Viljoen admitted. These days the intention is to try to come up with clever solutions and explain them in a simple way. Not institutions, but the pensioners as ultimate benefactors, should be top of mind in that exercise. "Clever solutions in simple language, that is real skill," the CFO explained. 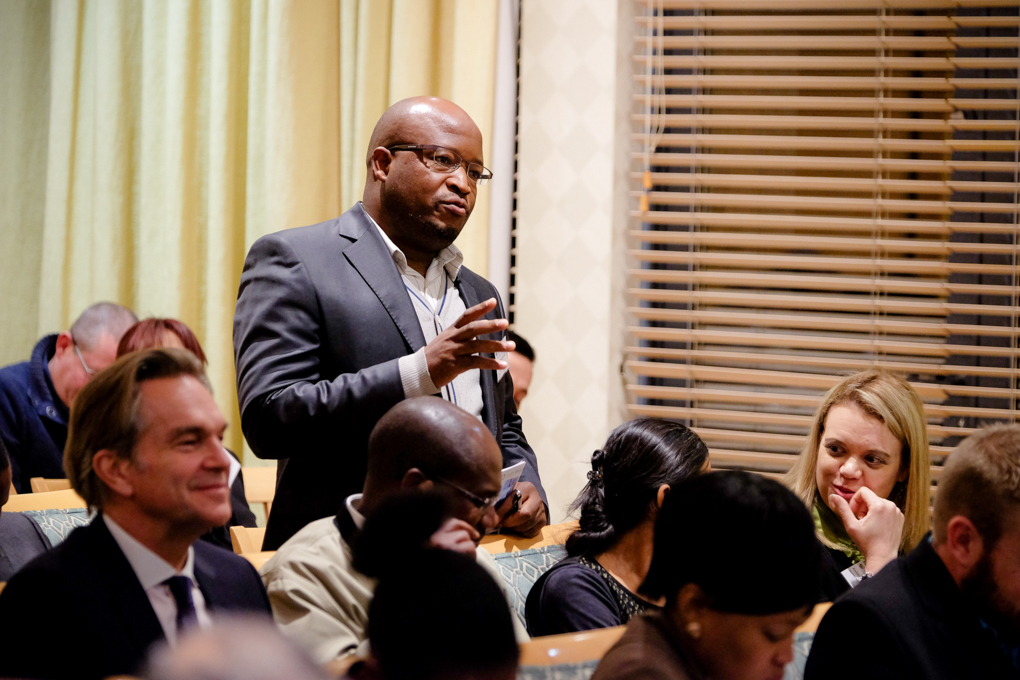 When Viljoen started remodelling Alexander Forbes the value of the firm was about R4.7 billion. "We sold off a lot of businesses. We did about 18 transactions to the value of R1.7 billion. Now the company is worth R4.8 billion again." The sales were a "real burden on Finance", Viljoen admitted. "When you sell a business you cannot close an equal portion of shared services. That data pipe between Cape Town and Johannesburg still needs to be there."

The ensuing panel discussion, led by CFO South Africa MD Graham Fehrsen, quickly turned into a conversation about risk, with Anthonie de Beer (Partner at Ethos Private Equity) emphasizing the leadership role the CFO has to play as a "cornerstone of integrity". Karel Janse van Rensburg, Executive Head: Finance and Strategy at Nedbank's Corporate Investment Banking said that dealing decisively with risk is crucial. "Always trust your gut. Don't let it go, don't let it grow but deal with it."

Viljoen agreed with Janse van Rensburg, but cautioned to "take it with a pinch of salt" when people argue that it is better to take a wrong decision than to take no decision." Natalie Kolbe, Partner South Africa and West Africa at Actis, acknowledged that dealing with risk is one of the most important skills for a modern CFO. "More and more the task at hand is dealing with risk outside organisations. What is happening in the market? At competitors? Yes, you need an internal structure to deal with risk, but the real test is what you do about the external environment."