KPMG’s M&A guru John Geel says he is “quietly confident” that 2016 is going to be a good year for mergers and acquisitions in South Africa. In an exclusive interview with CFO South Africa he reveals that he expects the number of deals to be “at least equal to last year, if not more”.

With 22 years of experience in M&A, John has a number of intriguing deals on his CV, including numerous transactions relating to Saambou Bank whilst it was in curatorship and then receivership and the sale of iconic brands like Mrs H.S. Ball's Chutney, Bovril and Marmite. On 16 February 2016, he was in the spotlight at the DealMakers Gala Awards Banquet in Sandton, where he received both the coveted Reporting Accountants awards from Graham Fehrsen, MD of award-sponsor CFO South Africa.

With our M&A events in April and July on the horizon, we spoke to John about what the awards mean, the role CFOs should play during acquisitions and his predictions for the current year.

"Deals often fail if businesses are not properly integrated or if benefits are not extracted after the deal, or when risks are not identified during the due diligence process. This is the CFO's responsibility."

What are your expectations for M&A in 2016?
"The right noises for investors are now being made by the National Treasury after a tough closing quarter of 2015. The saga around the finance ministers in December was very negative, but the momentum has turned and we have heard a different story during the budget speech by Pravin Gordhan. We are in Q1 so it is early days, but we have a lot on our plate at KPMG and there is a good pipeline of deals."

"We see a lot of activity at the moment, even though we're going through a difficult economic cycle. We are quietly confident this will be a good year, equal to last year in number of deals at least but perhaps not in deal value. We also have inbound investors who feel companies in SA are undervalued. They believe in the longer term and are bargain shopping as investors are shifting their portfolios."

What did winning the DealMakers reporting accountant award mean to KPMG?
"It was fantastic and it was definitely celebrated internally. We have been going to the dinner since its inception 15 years and have always ended high, but I cannot remember when last we received both the reporting accounting awards based on deal flow and deal value in the same year. We have received many messages from partners, former partners and clients, congratulating us, which started soon after CFO South Africa first published its article about the event. It means a hell of a lot."

Why did you think you scooped the prizes?
"We actually didn't expect to win both awards. Our number of deals was good in 2015, but our value only went up towards the end of the year. DealMakers publishes the table on a quarterly basis and in Q3 we still weren't on top. Thankfully, a number of clients closed deals in Q4, with some very big ones among them like Mediclinic's reverse takeover of Al Noor. That was a 1.5 billion pound deal."

"We had a few other significant deals in Q 4, including Allied Electronics (Altron), a JSE-listed company that sold part of its subscriber base to MTN, Vodacom and Cell C. We were also involved in the R4.5 billion deal of Amplats selling its Rustenburg platinum mines to Sibanye."

What was the most fascinating deal you worked on in 2015?
"It is difficult to pin one down as the most interesting where our team was involved, especially since we are the accountant reporting the numbers. Having said that, Sibanye's acquisition of the platinum mines was a transformational deal for that company and the transaction with Mediclinic was also very interesting, because we were involved internationally with a firm based in the UAE, where we are the auditors, and listed in London." 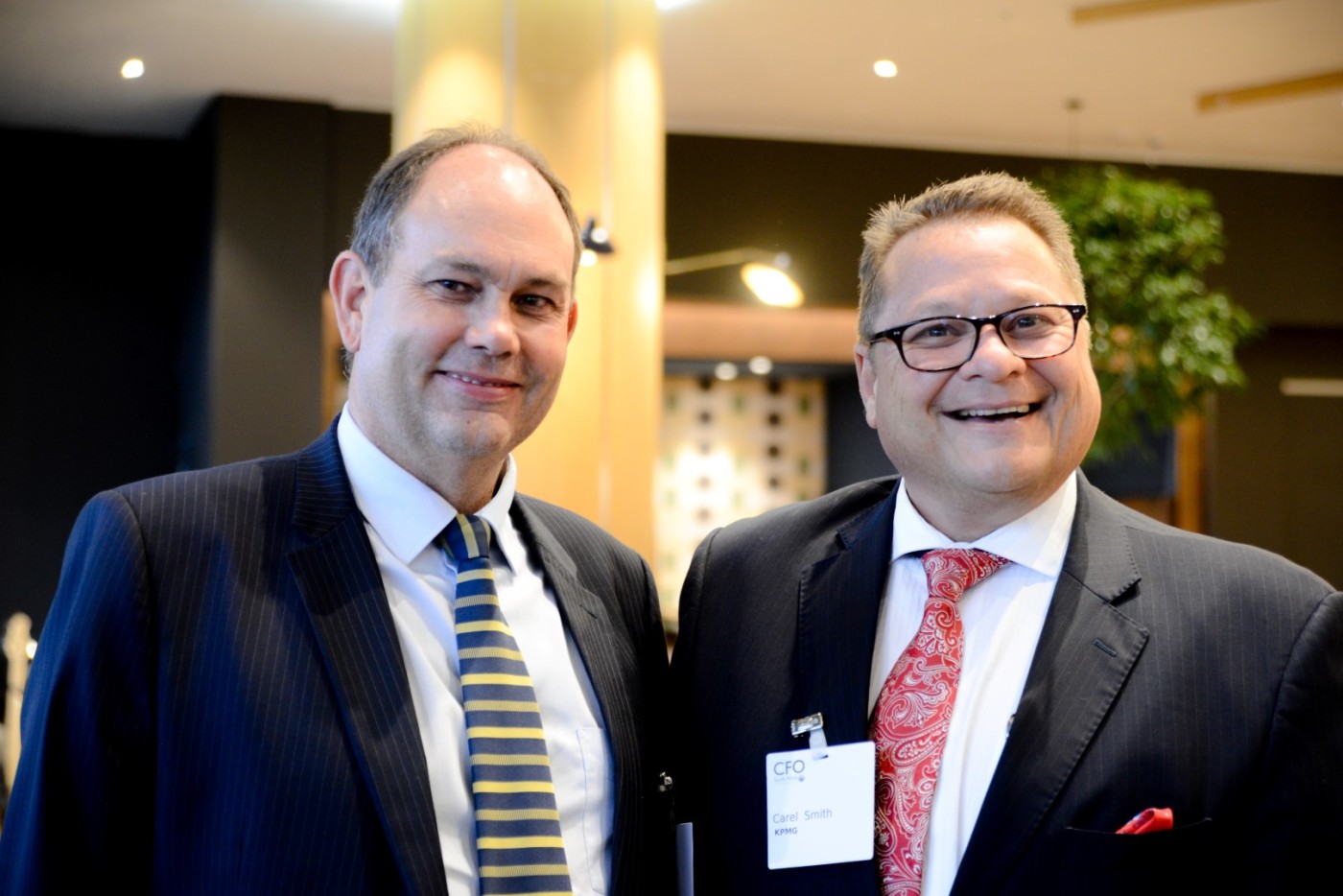 What do you enjoy most about M&A?
"M&A is creating change. It is a rewarding part of the business to have been involved in for the last 22 years. Although I head the deal advisory team, we get a lot of help from other KPMG departments, like audit. There is always something going on. When I started in 1994, companies were looking at coming back to South Africa. There was a sense of excitement and change. And now, as tough as things are, there is still activity and transformational change. In a growing economic environment, there will be more transactions, but last year, even in a tough environment and economic cycle saw the biggest deal registered in South Africa, with the AB Inbev acquisition of SAB Miller."

"Recently, we saw that Anglo American announced it will be selling more mines and assets which is exciting, because it creates opportunities for new entrants and other emerging mining houses. For every player exiting, there is one new one coming in. Many companies are right-sizing, but we also still see new players coming into South Africa."

What do you consider your proudest professional achievement?
"Around 2001 I was involved in the curatorship of Saambou Bank. I worked as the right-hand M&A man to the curator John Louw, who is obviously a very well-known force in the financial services industry. We did a lot of transactions that were very interesting, including complex deals with the likes of FirstRand, Absa and Abil (African Bank Investments) amongst others. I spent about three years on this full time and a further two to three years on and off."

"Another great deal was the sale of Unilever's Mrs H.S. Ball's Chutney to Tiger Brands two years ago. Sometimes it is not the big ones that are the most rewarding. Complexity and innovation also make for great jobs and Mrs Balls chutney is obviously a famous South African brand. In 2005 I had already been involved in the sale of Bovril and Marmite, so I seem to have knack for these."

What role should CFOs play during M&A processes?
"CFOs have a critical role to play in M&A. The CEO sets the strategy and the advisors make it happen, but the CFO needs to look at every deal and look at tax consequences, synergy opportunities, the integration process and when finance is required. Deals often fail if businesses are not properly integrated or if benefits are not extracted after the deal, or when risks are not identified during the due diligence process. This is the CFO's responsibility."