Lesley Plaistowe, Partner Financial Services at IBM: CFOs should mine their unstructured data

“CFOs are very familiar with structured data, because that is what they work with every day,” says Lesley Plaistowe, Partner Financial Services at technology firm IBM. “What they need to know more about is unstructured data: information from phone conversations, emails, social platforms, the weather report and much more. Often a lot of operational data is hidden, but can be found when technology mines your unstructured data.”

Plaistowe emphasizes that the smart use of the latest technology in data analytics doesn't equate to spying. "Nobody is reading the emails, a computer is retrieving information." Often this development is referred to as 'big data' in the international business world, but Plaistowe prefers to steer clear from the term. "A lot of companies say they have big data offerings, but they don't do what we do at IBM. Big data should not mean delivering more data faster or scrutinizing social media, but it should be talking about the data universe."

That this universe ends up on the desk of the CFO is not more than logical, says Plaistowe. "Data has always sat in the center of a CFO's job responsibilities, and CFOs now recognize how insights from Big Data are helping their company become more competitive. CFOs are being asked to anticipate the future and discover new areas of revenue growth - we anticipate this will spur a new strategic alliance between the CFO and CMO as they partner to drive the corporate growth agenda."

Companies like Santam and Discovery already use IBM's technology to get rid of false positives about fraudulent claims. "Now, 99 percent of all claims that are flagged as fraudulent at Discovery, are correctly identified as such," says Plaistowe, who finds that the acceptance among South African CFOs of the mining of unstructured data is "still fairly low". She says many people don't realise how much of life is recorded online. "We often hear that internet penetration is too low in South Africa for data analytics, but that is just an excuse."

In the recent IBM-publication 'Pushing the frontiers: CFO insights from the Global C-suite Study' the most successful CFOs are called Performance Accelerators. According to Plaistowe these finance leaders stand out because they turn data into strategic information. "For them, making sure that all the numbers are correct goes hand-in-hand with creating strategy and, for example, new products. Their character is usually curious and they are the type of people that ask questions about stuff, they're more experimental."

Highly successful companies are more likely to have Performance Accelerators employed, IBM's C-Suite study indicated. "The CFOs in those organisations usually have their processes standardized across the board, they have one customer file and probably a shared service centre," says Plaistowe. "They are managing to keep the mundane score-keeping out of their day-to-day responsibilities. That reduced burden frees them up so they can dig deeper." Plaistowe says data gets right-of-way over intuition for successful CFOs. "There is always a role for intuition, but it can be used more effectively when combined with data. Sometimes the data tells you one thing, but your intuition can tell you there might be another reason for what you're seeing and that helps you to decide where to dig." 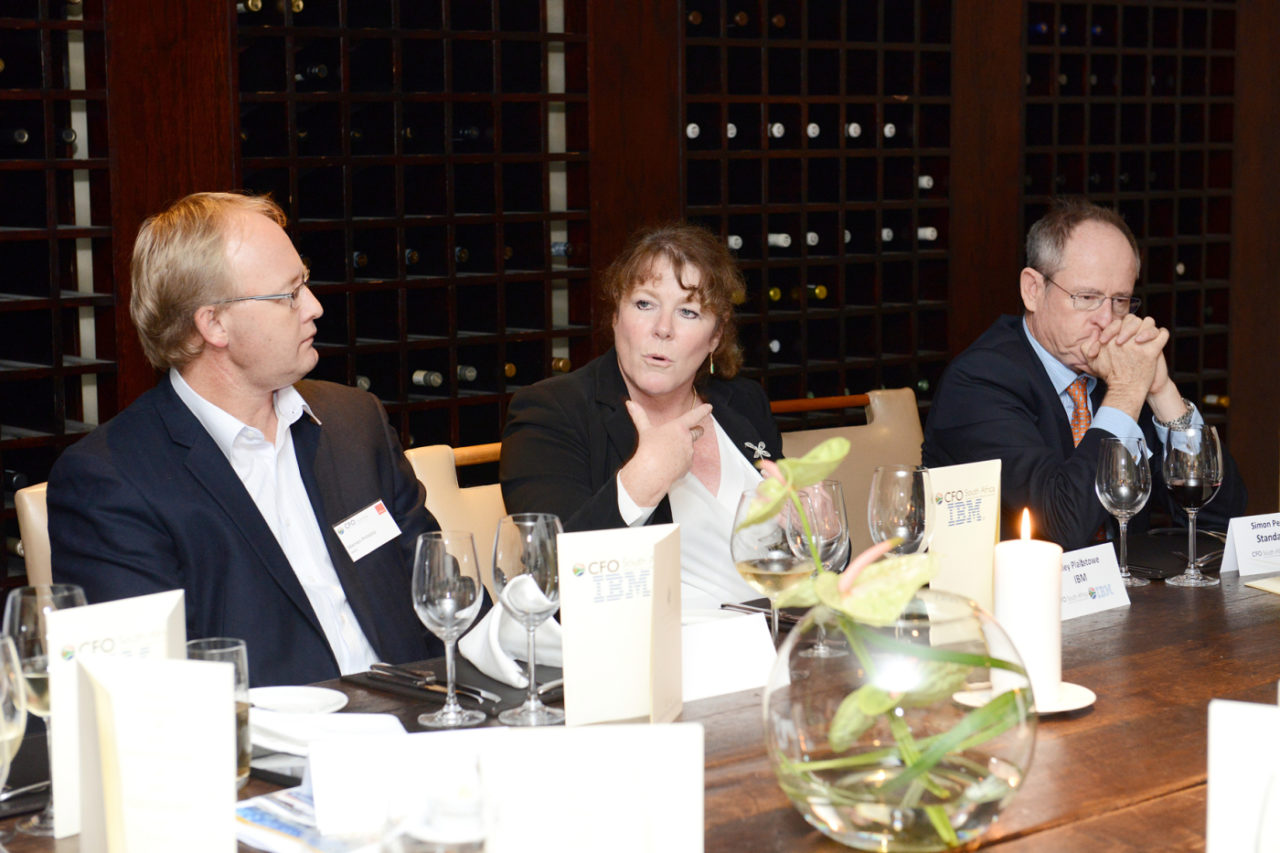 Plaistowe calls CFOs that see 'keeping the CEO in check' as their main role 'old-fashioned'. She says "the thing all successful companies have, is a strong team around the CFO". IBM's study concludes that finance teams are generally underperforming when it comes to combining information from different parts of their enterprise. Although 82 percent of interviewed CFOs acknowledge the value of this activity, only 24 percent think their teams are up to the task. "I found that fascinating. It probably relates to a shortage of skills," says Plaistowe. "Change is a constant and the demands on finance people are becoming greater. The best way to set up a financial division is to standardize and centralize. A lot of CFOs are still consolidating multiple versions of the truth."

That this means a move towards mining unstructured data, is something business leaders will have to get used to, says Plaistowe. "I have a privacy issue, personally," she admits. "I do find it intrusive, but it is actually a good thing. It keeps people honest."

IBM's newest and most impressive offering in this space is Watson, a cognitive, cloud-based computing system which will be available in South Africa from June this year. "It is incredible what is can do. For example, a bank can use Watson as wealth advisor. You phone Watson and say you have got 6 million dollars, 2 children, etc. It will then advise you based on that and it will do so by speaking English or chatting. When a company's sales are down it can interrogate the reasons - it is basically a system that interrogates data. Internationally, we have already had clients that asked us to use Watson to find what they didn't know. And they found out they have been asking the wrong questions internally."

According to IBM's latest CFO Study, the majority of CFOs do not exploit the full power of existing technologies, relying on spreadsheets and intuition for two-thirds (66 percent) of their work. Despite this reality, 82 percent of CFOs see the value of leveraging Big Data, but only 24 percent think their team is up to the task.

- CFO Still Sitting Right Next to CEO: Today's CxOs say they work more closely with the CFO than with any other C-suite colleague except the CEO. And CEOs rely more heavily on the CFO than on the rest of the board when they're formulating business strategy, reinforcing the CFO's elevated status.

- Top CFOs Interacting with Customers, Understand Digital: Performance Accelerators also have a much better grasp of the digital domain as nearly half work in companies with a seamlessly integrated physical-digital strategy. Further, the majority (70 percent) understands - and collaborates with - customers far more extensively than other CFOs.