CFOs of two of The Netherlands most famous retailers have received CFO Awards during a celebratory ceremony at the end of CFO Day, a full day of learning and networking attended by 500 Dutch finance executives in the coastal town of Noordwijk. The awards went to Jeff Carr (pictured left) of Ahold Delhaize and Ron Hemmer (pictured below) of Hunkemöller. 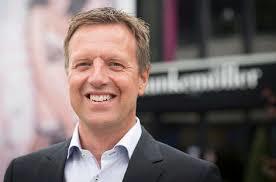 Carr has been CFO of supermarket giant Ahold since 2011, before the merger with the Belgian retailer Delhaize. Insiders describe him as an entrepreneurial CFO with an eye for growth. Hemmer has been CFO of Hunkemöller since 2001 and has overseen a transformation of the brand into a trendy shopping chain that mainly sells lingerie and nightwear, both online and in mortar-and-bricks outlets.

Last month, Vodacom CFO Till Streichert was named CFO of the Year during a gala dinner in Johannesburg. He succeeded the 2016 winner Reeza Isaacs of Woolworths, also a retailer.