Ramasela Ganda is the first-ever municipal CFO to win at the CFO Awards. In Ekurhuleni Municipality, she introduced state-of-the-art technology and convinced politicians to not only focus the budget on social grants.

"It was always a fight to convince councillors that a sizeable part of the budget must be allocated to economic development," she told the judges. "I managed to convince them by highlighting industries that have a major impact on job creation and poverty alleviation."

Ramasela received her award from Deloitte Africa Deputy CEO Sihlalo Jordan, who said that being a public sector CFO in South Africa was a “tough job”.

On receiving her award, Ramasela said:

“You are so right, being a CFO in the public sector is a tough job. I’d like to dedicate this award to all public servants in our country who serve us diligently and with honesty. There are many of them that we as South Africans don’t know about. We only know about some who are in the newspapers for the wrong reasons. Thank you for this award.” 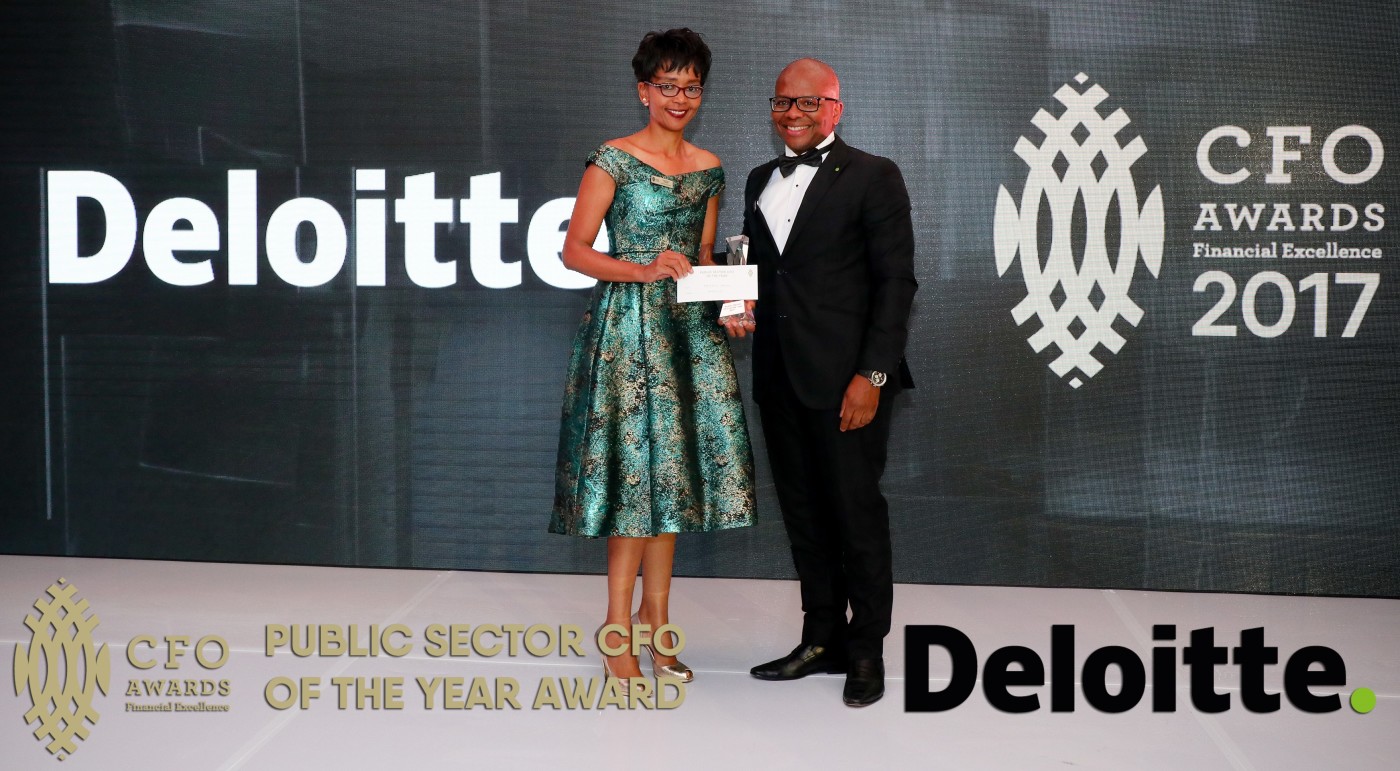 Ramasela’s tenure at Ekurhuleni Metropolitan Municipality came to an end in January this year, when she joined Barloworld as CFO: Rental and Used Sales Division and Corporate Services.

Bongi has been nominated for her work as the CFO of the Auditor-General of South Africa.