When Willa van den Berg applied for his first year of university, he didn’t know what he wanted to be “when he grew up” yet, and was directed into medicine. However, after a full year of studying biology and physiology, he realised that he wasn’t really enjoying it.

One of his best friends at the time was studying actuarial science, and when Willa was introduced to the person leading the actuarial programme for the University of Pretoria, he got excited by the maths. “I loved working with numbers and trying to solve problems, so I changed courses in the second year and went into actuarial science,” he says.

After completing his BCom Honours, Willa joined Liberty, where he has found a bigger interest in the wider fields of finance. “There are so many opportunities in the group,” he explains. “Because Liberty is fairly large and quite diverse, you can expand and grow your portfolio naturally over time.”

This is exactly what he did. In the 21 years he has been with Liberty, Willa has climbed the finance ranks, and at the beginning of 2022, he was appointed as the group’s new CFO. “When the opportunity for me to take up the CFO role presented itself, it felt like the natural next step in my career journey.” 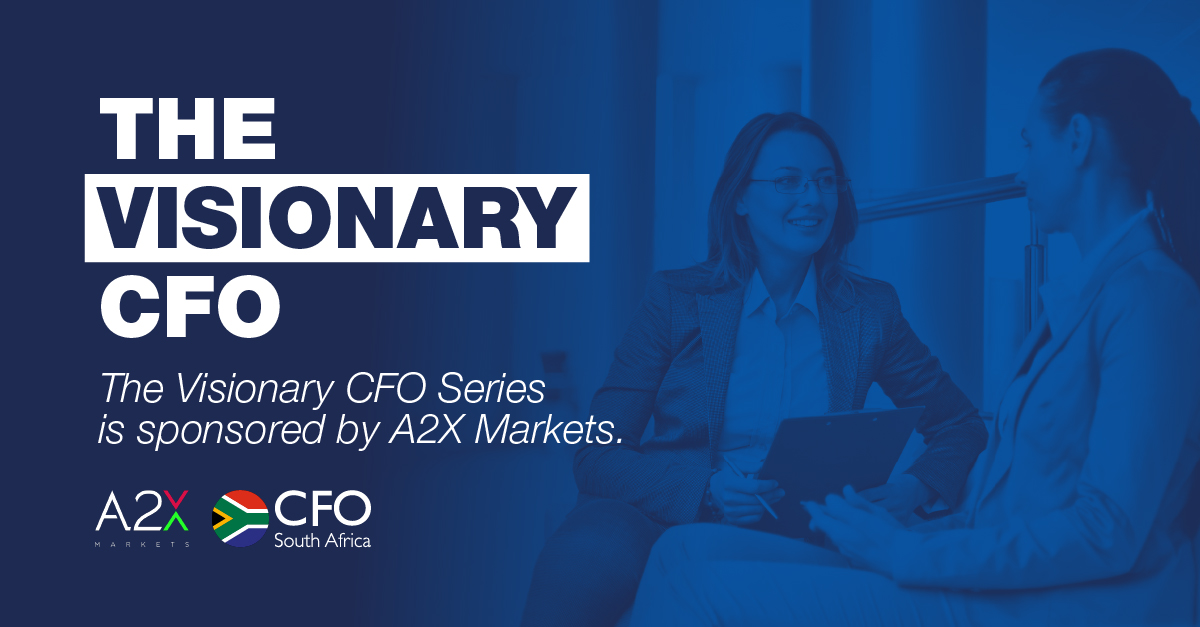 Creating his own legacy
Willa has taken over the role from Yuresh Maharaj, who has been promoted to CEO. While Yuresh served as the CFO of Liberty, Willa reported directly to him. Their close working relationship has made the transition to the CFO role much easier. “I’m walking into familiar territory with someone I know I can work with and get along with,” he says.

Willa adds that it is daunting to fill Yuresh’s shoes, but that he hopes to bring a different flavour to the role. “Yuresh has done a great job and leaves a great legacy behind for the role. He was instrumental in driving the Standard Bank transaction, as well as navigating a pandemic at the same time. Those are two tremendous achievements.”

Having been part of the team that worked on Liberty’s acquisition by Standard Bank, Willa remains involved in the integration of the insurer into the Bank. “We’re at a very exciting time for the group as the acquisition has brought so many opportunities with it. There are unlimited ways in which we can partner with the Bank, and I look forward to making a bigger contribution to the overall group.”

He explains that his first priority as the new CFO is to ensure that the value that Liberty brings to the Bank is unlocked. “We’re currently focusing on integrating with the bank, adapting to their working environment, and extracting the synergies between the two companies.”

Multi-dimensional finance
At the same time, Willa hopes to make a difference to the people in the finance teams, and to create a culture of inclusivity and freedom of expression. “I want to help the team see that finance is not just one-dimensional by giving them opportunities to learn new skills that they can combine with their finance skills to make valuable contributions to the organisation.”

Willa believes that the future of finance requires more than just a CA, CFA or actuary qualification. “The exciting part about learning new skills is that you get to decide what that is. Some of the team members are adding robotic skills to more effectively utilise technologies, some are adding art and philosophy skills to help them think more creatively, while others are adding engineering skills to improve processes.”

He explains that, throughout his time with Liberty, he has gone through a similar learning process. “I’m an actuary by education and trade, but as I got involved in different things within the group, I’ve picked up new skills that we weren’t taught at university.”

One of the new skills Willa picked up was around people management, which is an important aspect for any leader. “Having to manage a business through a pandemic, especially a life insurance business, teaches you a lot about people management and empathy,” he says.

“When I took over the cost teams, I found a lot of the language and interaction was around cost cutting. To me, however, cost is actually about deciding where you spend your money and making it available in the right places, rather than cutting your spend.”

He explains that, when it comes to the budgeting process, you have to start with the revenue plan and then shape the cost base to fit that plan, rather than limiting the possibilities for the business to grow. “If you use Covid-19 as an example, and you had a mindset of a budget for costs that you had to stick with, you would have made the wrong business decisions. However, in looking at costs within the context of your environment, you can use things like cost to your benefit by making decisions that enable people, that will inevitably result in business growth.”

Entertaining a five-year-old
When Willa isn’t busy driving his own and his team’s professional growth, he spends time with his family. “A job like this is quite time consuming, so the free time I do have I spend with my wonderful wife of 16 years and daughter, who is turning five soon. This means my hobbies include whatever interests a five-year-old, and at the moment she is fascinated with animals, so we visit a lot of bird and lion parks.”