Michael van Straten, Financial Director Servest Marine: "Treat one with respect and you will get it back."

Michael van Straten begins our interview with a walking tour of Servest Marine’s operations at Cape Town harbour. Seeing him greet dock workers by name and check on the boats of “the competition”, I’m reminded of my first feeling when I met Michael at the CFO Café some months previous – here was someone who knows his place in the world and makes one feel instantly at ease. Not bad for a man who until last year was working for one of the largest multi-nationals in the world….

Early Years
Michael started his professional career with articles at Grant Thornton in Cape Town. After this, he joined Damco Logistics (part of the AP Moller-Maersk group) as assistant finance manager.

He was offered a position in the Copenhagen head office of the Maerk Line in the group reporting function and thereafter spent the next seven years there focussing on the global SAP implementation, finance process optimisation and off shoring to major service centres in Asia.

Michael returned to Cape Town in 2012 and joined Servest Marine in his current role a few months later.

Diversity of Role
I asked Michael how it has been moving from an office-bound position as part of a large, global team to working on the ground with a local (albeit growing) organisation. He said that working in a multinational company is a much defined role, whereas in a local company the role of the FD is very diverse.

“For a period at Maersk I was responsible for parts of the SAP implementation and there is some analysis and interpretation, but you’re limited to what you see in front of you. But at Servest Marine I’m most interested in the Commercial side e.g. competition and expansion into Africa. Recently, I was in Mozambique, meeting with a port captain discussing the various options for us to provide him with a pilot boat. In Maersk, there would be a dedicated person e.g. a country manager to do that.”

Van Straten clearly enjoys the freedom of his new role, and has a particular knack for dealing with different people. “I enjoy it as it challenges my usual comfort zone and how I usually think about my role. I take a very practical approach to things; being an FD is moving to a far more hands-on business approach beyond the traditional reporting and controlling function.”

Getting the Numbers Right
But he knows that regardless of how interesting the commercial side of things may be, the core role of any Financial Director is to ensure that the numbers are correct.

“There is nothing worse than presenting numbers that have errors. When management questions your numbers, you might as well resign. So the core of my job is to make sure that I present good reports.”

Role Model
The fluent in Danish (Michael is married to a Dane) FD explains that he got this attention to detail from his mentor, the VP of Reporting in Maerk Line. “What I learnt from Jens was how one reacts in a multi-layer organisation (how one adapts one’s approach, politics, level of information). He had been in business for over 25 years. One learns a fastidious attention to detail as well as how to react to scenarios. He checked everything to the lowest detail, including commas in the reports, as they go to Group CEO and CFO.”

Mobile Systems Affecting Role of CFO
That said, as business systems become more mobile, it frees more time in terms of analysis (instead of processing). Servest Marine have established a well drilled team of accountants in Durban, Johannesburg and Mozambique that free up Michael to do more analysis and hands-on work. “The team handles most routine matters very well and that leaves me with capacity to assist the MD and apply myself to the other aspects of the business where I believe the FD can provide much support and assistance.”

And Michael is keen to use that time to expand his role. “The CFO role is more consultation; one must agree on strategy and be aligned. The CFO/FD is a natural number two for many businesses and, in some cases, a natural successor to the MD. There is a need for a number two and a support and value-adding function.” 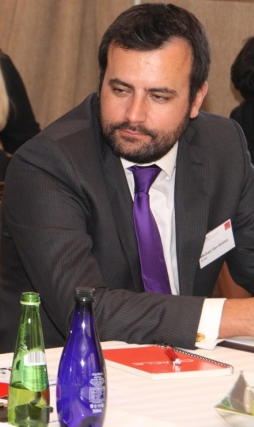 Expansion into Africa
Like many South African companies, Servest sees its future squarely rooted on the continent. “We can see very, very large growth in other parts of Africa. There is immense opportunity in Mozambique, Kenya, Tanzania, Angola and Namibia. Our growth is definitely over there. The Mozambique oil and gas fields are larger than the North Sea and they need support services and infrastructure.”

Van Straten adds that the company’s South African operations are becoming stable and growth is not major - with the exception of Durban (that has two new vessels and new contracts to transport of security guards to the vessels going up the east coast of Africa.) Cape Town, adjustments are made to handle the new competitors mentioned above.

Red Tape
Africa is notorious for its red tape – and perhaps nowhere more so than in transportation and customs. Michael explains the complexity and inefficiency of red tape in the neighbouring countries that Servest Marine is currently expanding operations has to be balanced with profitability. “I’m fairly comfortable with SA company law and taxes but in Mozambique there is a whole new set of requirements and a whole new way of doing business. It’s not so clear cut. It’s about making agreements with people. One port is different from another. It’s far more fluid so it needs constant adaptation. We need to rely on agents and others, but still be profitable.”

Forecasting on the High Seas
All of this makes for very difficult forecasting. “Our turnover is directly linked to having vessels available in full operational condition and able to handle the current weather and sea conditions, especially if one has only one or two vessels. So there are many variables e.g. mechanical, crewing and weather. In Cape Town, for example, we mitigate the risk by having four vessels so we can continue to operate at a high level even in case of mechanical issues and or bad weather.”

Other issues also affect forecasting at Servest Marine. In December 2011, staff in Cape Town went on strike– with real consequences. “Our business is built on reliability, simple as that. If we cannot deliver, the agents will call other businesses.”

Since that incident, the company has held regular information sessions with staff, explaining how they fit into the bigger organisational structure, and that has mitigated further action. “We spend a lot of time explaining the big picture.”

While noting the importance and relevance of forecasting, Van Straten points out that if not managed correctly, forecasting can lead to the Board setting unrealistic expectations. He cautions being careful when accepting a budget or setting a forecast. “You are limited by what you have in historic form and what you know in markets. Mozambique is a prime example: last year we had excellent performance but in the current year several unforeseen factors have had a negative impact on our growth.”

Treating Others with Respect
When asked as to the most important characteristic of any successful finance professional, Michael notes that these days a finance professional can progress to a position of influence or power quickly – and therefore people skills become vital. “A young CA could quickly become a manager of a team after graduation. Therefore, although you need your basic skill sets in place - accounts and tax should come as standard - one must be fairly humble in your approach with people, and treat people with respect. Treat one with respect and you will get it back!”

Words spoken from a man who knows…

Servest Marine
Servest Marine (turnover: R111-million per annum) provide transport solutions to the marine industry providing off port limits rendezvous with vessels to transfer personnel, stores, ships spares, airfreight and any other urgent requirements, towing and salvage for vessels in distress and launches for logistic supplies to offshore rigs and mining vessels. They are part of the Servest Group www.servest.com

CFO South Africa Event
Michael was also an honoured attendee of our CFO South Africa Round Table and Café May 14th at the 12 Apostles Hotel and Spa. If you would also like to attend our next upcoming event October 3rd at the Saxon Boutique Hotel in Sandton please register here.

CFO South Africa Round Table May 14th at the Maslow Hotel 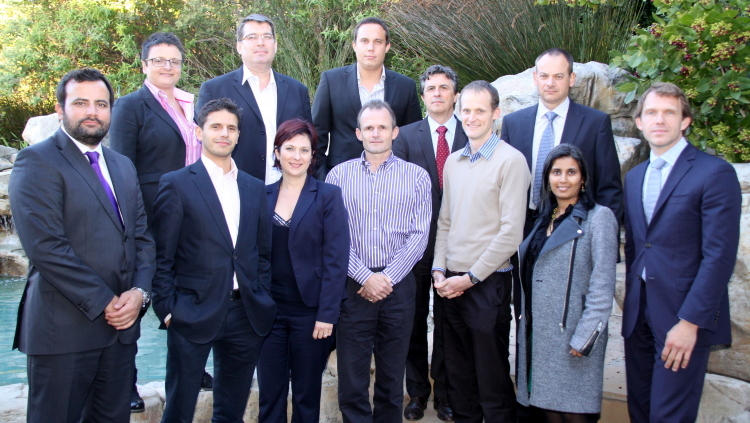