Motus Holdings listed on the JSE on Thursday, having unbundled from Imperial Holdings.

Motus, which was created in 2017 as a separate holding company for all the automotive businesses within Imperial Holdings, has unbundled from Imperial Holdings and will become a seperate JSE-listed company known as Motus Holdings.

The JSE-listing was celebrated on Thursday, marked with the blowing of a kudu horn to celebrate the beginning of a new journey for the automotive brand. 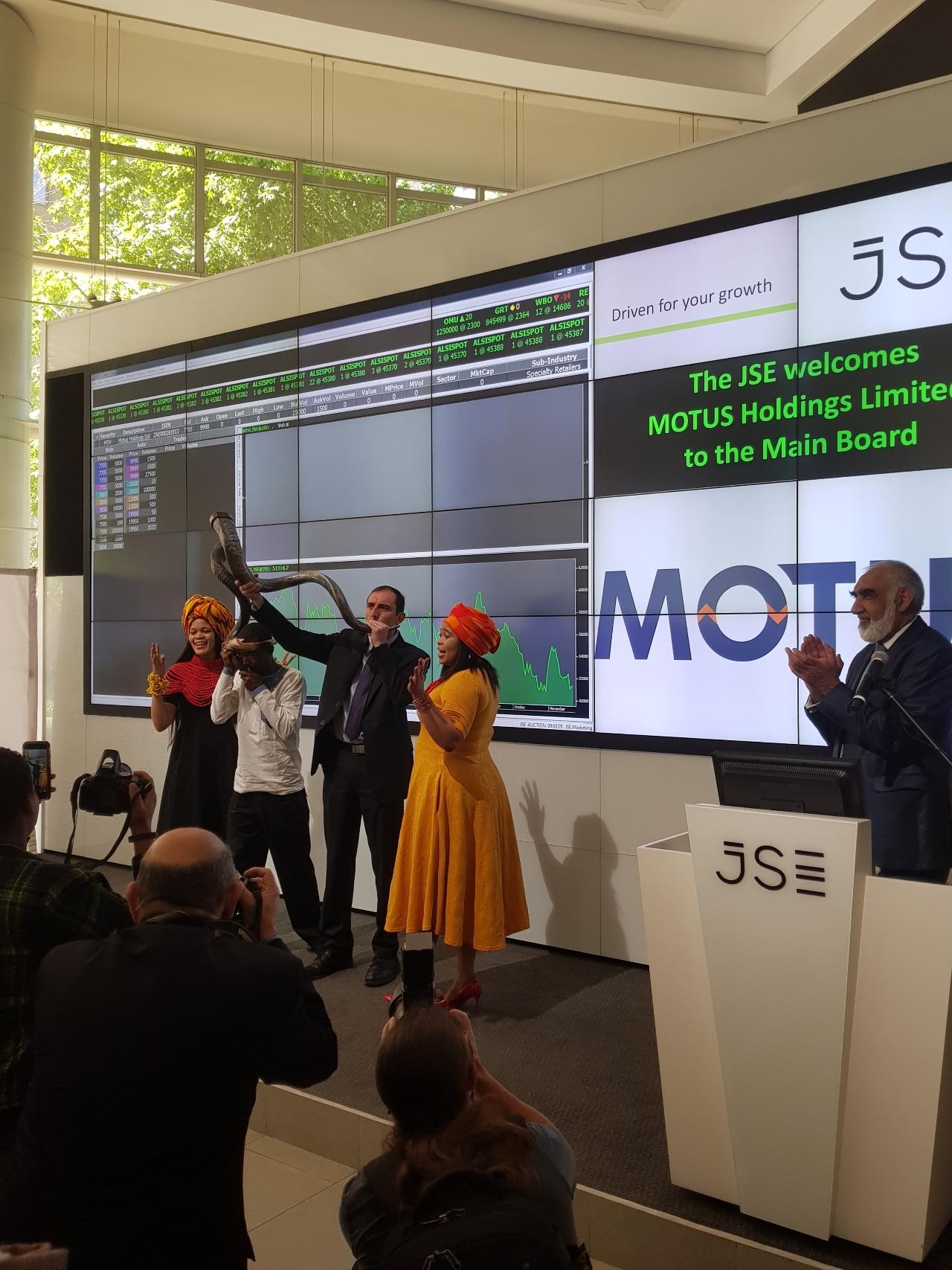 All the motor-related businesses of the Imperial stable will sit within Motus, while Imperial Holdings will be renamed to Imperial Logistics.

Ockert Janse van Rensburg is standing in for Osman as acting CEO. Osman, who has been on medical leave, will take up the reins as CEO in January.

"This is an exciting milestone in the history of our company. The unbundling and separate listing of Motus enables us to operate in a more focused and efficient manner, while at the same time providing shareholders with an opportunity to participate directly in the group's success. As a result, of our differentiated value proposition, investing in Motus means participating in the entire automotive value chain, which underpins our ability to create sustainable value through the cycle.”