“There are still billions of people that have not been touched by technology. That is where our enormous potential lies,” says Mteto Nyati, Managing Director at Microsoft South Africa. “Technology is not an end goal; it is all about what it can do to help humanity reach its potential.” As the famous IT-company shifts from being a software company to a device and cloud company, Nyati is full of ambition and enthusiasm about opportunities in South Africa.

Nyati says that this is what makes it exciting to work for Microsoft, which has recently opened a fully-fledged technology centre in Johannesburg; the only one in Africa. “When I look at where we come from, when Bill Gates and Paul Allan started the company, aiming to put a computer on everyone’s desk, in every home, I think, 36 years later, we have accomplished a lot. We have touched billions of people. We continue to touch billions every day. That is what excites me.”

Microsoft is a multinational surrounded by misunderstandings, says Nyati. “The biggest one is that we have a monopoly and that half our job is already done. But we have formidable competitors in each of the categories that we are active. Of course it is true that we used to have a very high market share with our operating system, but that is not the case anymore. We also had to change internally to deal with that. Nowadays, Windows is 15-20 percent of our business. And that percentage is going down further. It is still one of the most profitable things we do, but not the only one. Our fastest growing business is in the server and tools division.”

A second misunderstanding has to do with Microsoft’s founder Bill Gates, who is supporting many programs across the world with his Bill & Melinda Gates Foundation. “People ask us to give them stuff for free all the time,” Nyati says wearily. “When we go to the government, they always want free things. A minister tells us ‘we need a 1000 pcs’. We don’t even make pcs. It is exhausting. When I was at IBM I was never asked these questions.”

Nyati spent a good portion of his career at IBM before he became Microsoft’s MD in August 2008. “The company started in 1992 with just 3 people. These days we employ 450 people. That looks small, but we have scale through our 6500 partners who employ 1000s of people. An economic impact study we commissioned concluded that for each dollar we make of our software, the partners make about 11 dollars.”

Microsoft South Africa is responsible for the sales and marketing of products, the newest of which can be admired and tested in the technology centre. “But more importantly, we offer services; this is where we are adding the most value,” says Nyati. “For example, the email service at the Western Cape Provincial Government was not working and basic communications was lacking. We have solved that problem for them and created a dashboard for the leaders to see how and where their budget can be spent and where it is spent. We don’t need people from overseas to do this kind of work for us, South Africans who work for Microsoft can do the job.”

Nyati sees government as one of the main target groups for Microsoft and decided to open an office in Pretoria soon after he arrived. “There is an opportunity to make a big difference. We have doubled our public sector business in three years. For example, Home Affairs is one of our key customers, as are Eskom and the City of Cape Town. Right now we have signed an agreement with the City of Johannesburg to provide them with a reliable communication and collaboration platform. Clients like these can come to our technology centre to test ideas first. If the municipality wants to know how to connect the citizens of Joburg via phones, we can sit with them here, design a solution and test it. In the past a testing phase could take up to a year, now we can host it and do it in 1 or two weeks. We also want to encourage standardisation of technology in the government, so our relationship with SITA [the State Information Technology Agency, ed.] is key.” 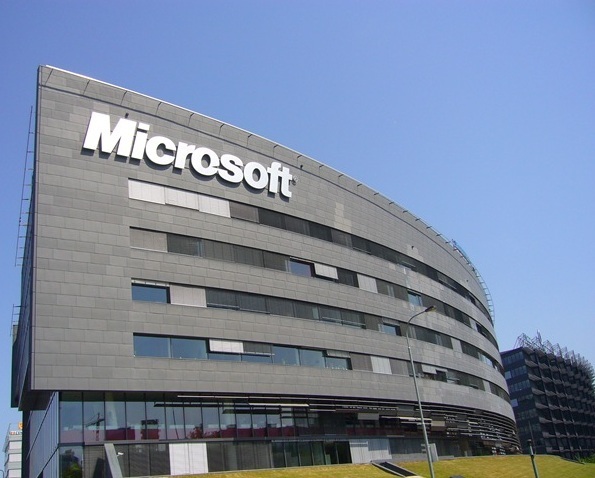 A company like Microsoft has a big responsibility to contribute to the countries it operates in, says Nyati. “We have helped train over 8,000 unemployed graduates and we have helped to employ them at partners, who say they cannot find the right skills. Due to its success we have extended this student-to-business program to a student-to-government program, in partnership with the development bank of Southern Africa. Already, the graduates from this program have become a source of light in municipalities, which are plagued by a lack of skills. There is an advantage for us too, because these young people have been trained around our technology. Later they might be in positions to recommend our technology.”

Nyati’s Johannesburg offices are also Microsoft’s headquarters for the whole of Africa. “We are building local capabilities in other African countries, but they still rely on the technical capabilities we offer from South Africa, which is also responsible for about 60% of Microsoft Africa business.” Like many international and South African companies Microsoft is conquering East Africa from Nairobi and West-Africa from Lagos. “The most important thing is how we are going to connect the next billion people. That is why we started the Microsoft 4Afrika initiative.”

Besides the purchase of Nokia’s handset division and partnerships with big companies like Oracle, Microsoft also works with smaller, more local, partners. “Two days ago we launched an app with the Johannesburg Roads Agency to help report potholes and other problems. That is just one example. Another one we did with IEC, the Independent Electoral Commission. People could track election results on their phones. That helps with productivity, because people did not have to waste time trying to find a TV.”

Stay connected, up to date and in the loop on what is happening in the world of finance by becoming an online member to receive ournewsletter and following us on Twitter. Also to keep track of newly published interviews with CFOs and CEOs.