Agility is a word that is bandied about in boardrooms across South Africa, but how does one actually achieve it? How do you step away from your desk as a CFO and really get to grips with the business? Can you find out how the business ticks without abandoning your finance duties?

These and other pressing questions were on the agenda in the opening masterclass at the fourth edition of the CFO Summit Series, presented in partnership with Deloitte, Standard Bank and Thomson Reuters at Summer Place in Sandton on Wednesday evening.

Guests were welcomed to the masterclass, entitled Rolling up your sleeves and getting your hands dirty - agile finance leaders lead the way, by CFO South Africa MD Graham Fehrsen, who encouraged the financial executives in attendance to swap notes and discuss the issues on the table, while making arrangements to network on their own steam. Ramasela Ganda, CFO of Barloworld Equipment and formerly of the Ekurhuleni Municipality, Nazeer Essop, Partner at Deloitte, Vodacom CFO Till Streichert and Ockert Janse van Rensburg, CFO of Motus, formed the impressive panel who deliberated over the topic.

Ramasela, the 2017 Public Sector CFO of the Year, knows what it means to get her hands dirty in operations better than most. One of the keys to her incredible success in Ekurhuleni, where she was instrumental in helping the municipality achieve its first clean audit, was the introduction of Friday "excursions" with her team:

"Every Friday, we dressed in black overalls - which quickly earned us the nickname 'Black Mambas' - and went out into the municipality to housing schemes, roadworks and other operational environments. Ekurhuleni had a R17 billion capital investment programme and I wanted to see that the money was being well spent, becoming a quasi-engineer in the process. I made sure that my political commitments and other obligations were seen to from Monday to Thursday. The team began appreciating the business and the clearing of queries became second nature. It was also a fantastic period bonding period for us, both personally and professionally."

As can be expected, there was a fair amount of push-back from individuals in other departments who felt she was overstepping her boundaries. "You have limited time to make people understand who you are. I invested a lot of time in selling my vision to various stakeholders and allaying their fears. I also spent time with all the political parties and when needed, when back to legislation and pointed out inaccuracies to bring them around," she said, adding that she was glad to be able to rely on a competent finance team, because proper reporting was the foundation from which CFOs could expand their roles. 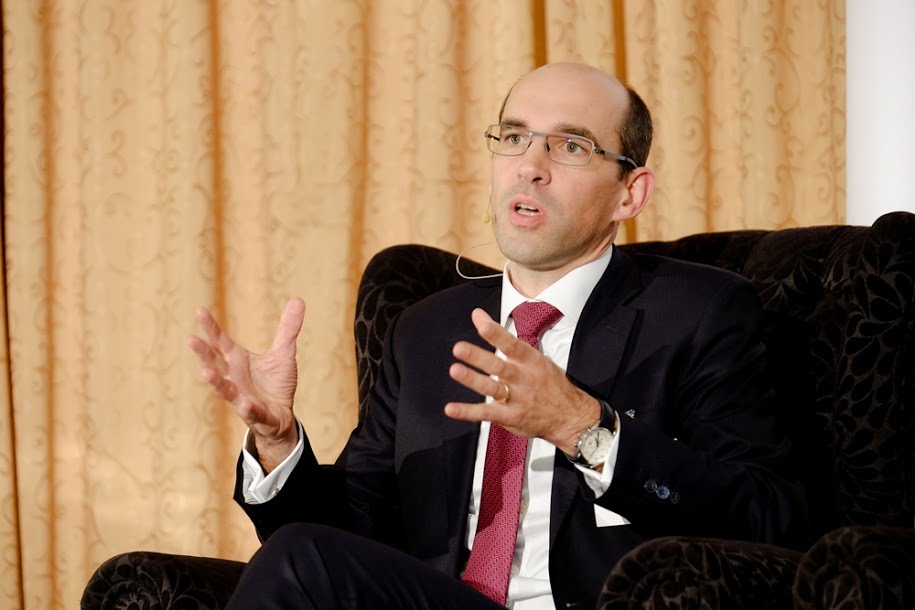 For CFO of the Year 2017, Vodacom's Till Streichert (pictured right), the resistance he met when trying to implement changes was both positive and negative.

"When you come to a company as successful as Vodacom has been, it's natural for people to question why you are challenging standard practice. Our SAP ERP implementation gave finance a platform to reset its remit and way it operated, using the pressure they were under to mobilise and jointly create a vision."

The German-born executive was awarded the prestigious gong for engineering a turnaround at the telecommunications giant and overseeing the massive ERP project in which the firm changed from Oracle to SAP. He put down this success to the right attitude, competent leadership and deep analysis.

"We had to understand key challenges and where things were technically incorrect and then rally around the table to translate this into 90-day or 180-day improvement plan. Make a start with the right sense of urgency, unpack it into a plan and begin implementation. Focus and pace-setting from leadership is key. Technical competence is one thing, but to make finance world-class, you need an enormous amount of other capabilities, including business partnering," said Till.

All members of the panel agreed that it was imperative that CFOs new to the role make early inroads into understanding operations, particularly if they were entering a new industry. When he joined Sunbake Bakeries, Ockert and his CEO visited every plant, even in the most remote locations. It is something he has continued to do at Motus:

"If you don't take the opportunity at an early stage to familiarise yourself with operations, it can be difficult dealing with more experienced colleagues around the boardroom table. You must understand the environment early on, because it can be difficult later. At Motus, I make a point of visiting dealerships in remote towns, even while on holiday." 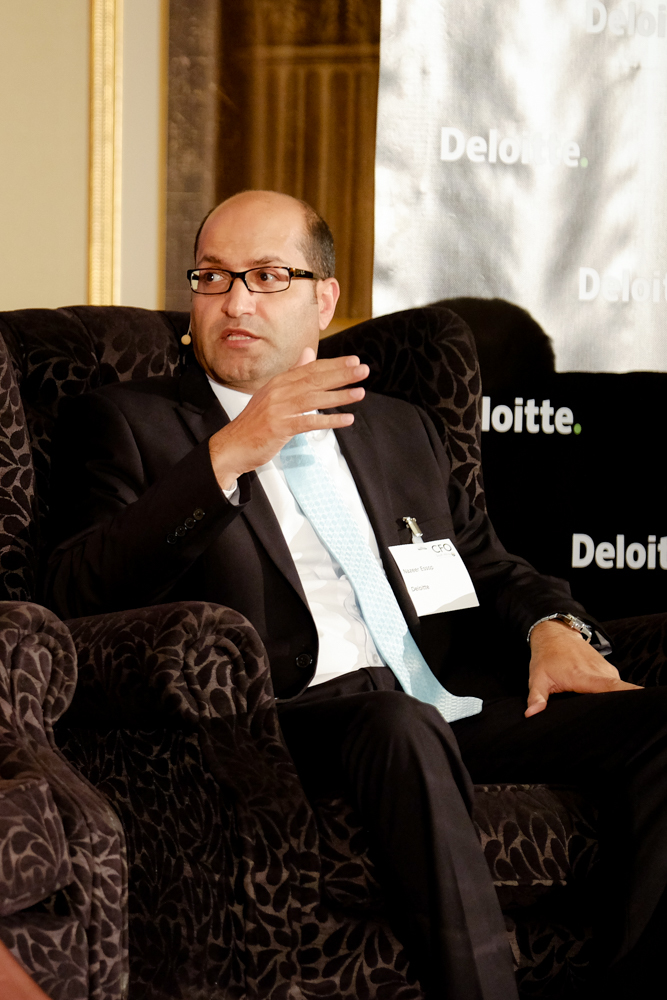 He mentioned an example of the cost of a disconnect between finance and operations in which a IT firm had recommended a fingerprint recognition system to monitor and improve productivity at a Woolworths food-producing plant. The factory demanded impeccable hygiene and contamination was necessary for the system to work, but it was only until Ockert himself pointed out this problem and money had been spent that the proposal was binned.

The evolving role of the CFO and enormous demands being placed on individuals in the C-suite was a hot topic of discussion. Deloitte identifies four faces of CFOs steward (basic finance functions), operator (running finance more effectively), catalyst (wider understanding, collaborating and operational understanding) and strategist (bridging the gap between operational and strategic responsibilities).

"The role is changing significantly. Operating at the coalface turns you into a catalyst for change. It is about the 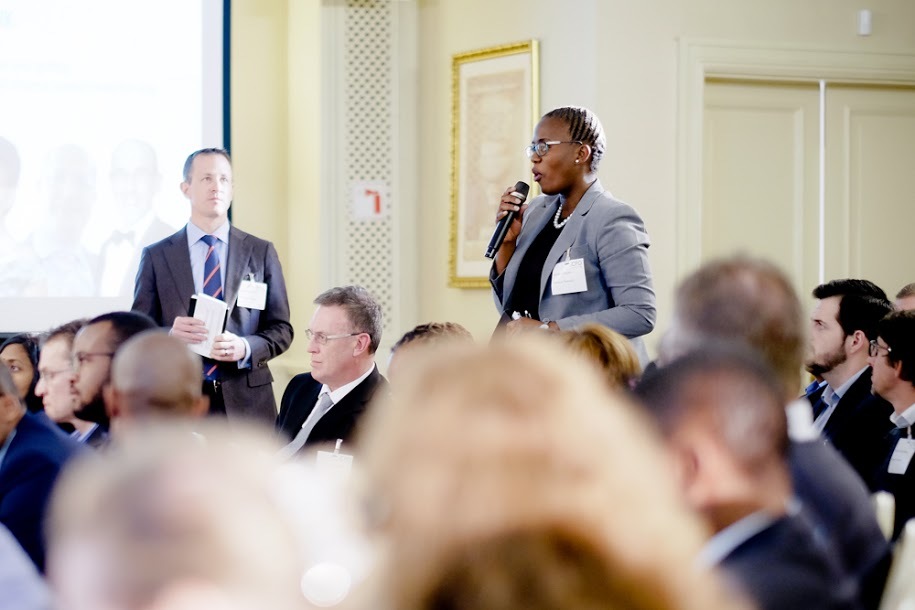 business of tomorrow, not merely gaining a clean audit. You need to move into the catalyst role as soon as possible, but people, processes and technology need to be sound for you to have flexibility," said Nazeer. A 20-year veteran of Deloitte, he urged CFOs to play an active role in policy discussions, influencing and developing relationships with policy-makers and talking about consequences.

With a doctoral degree in philosophy and a reputation for being a profound thinker, Till had the final word on the definition of the "modern CFO".

"There is no end to this change and enormous demands are being made on the CFO. Certainly, establishing views and relationships on policies and achieving something is critical. It is a forward-looking role with an external dimension, irrespective of whether the organisation is publicly listed. Today's CFO must understand what is to come and shape company strategy, with the focus moving towards expanding future revenue and yields."