How can FinTech companies help millions of Africans get access to financial services? And what should FinTech entrepreneurs do to build viable, money-making businesses out of this? Those were some of the key questions during a spectacular FinTech Africa event at 23 June 2016, hosted at the beautiful Woodmead offices of Deloitte South Africa and co-sponsored by WeChat, the company that invented the increasingly popular social communications app.

Highlights of the event were a mind-blowing presentation by Deloitte's Valter Adão, the PR-wizardry of the dynamic WeChat team, eight fantastic three-minute pitches from FinTech companies and an insightful panel discussion.

With 200+ FinTech entrepreneurs, experts and financiers in attendance, the gathering at Deloitte was the biggest of its kind ever held in South Africa - and probably on the whole continent. It will only be exceeded on 13 October 2016 at the African FinTech Awards #AFTA16. FinTech Africa community manager Teun van der Veeken opened the voting for this unparalleled FinTech extravaganza yesterday. Head to www.fintech-africa.com and cast your vote for the African FinTech Awards 2016! 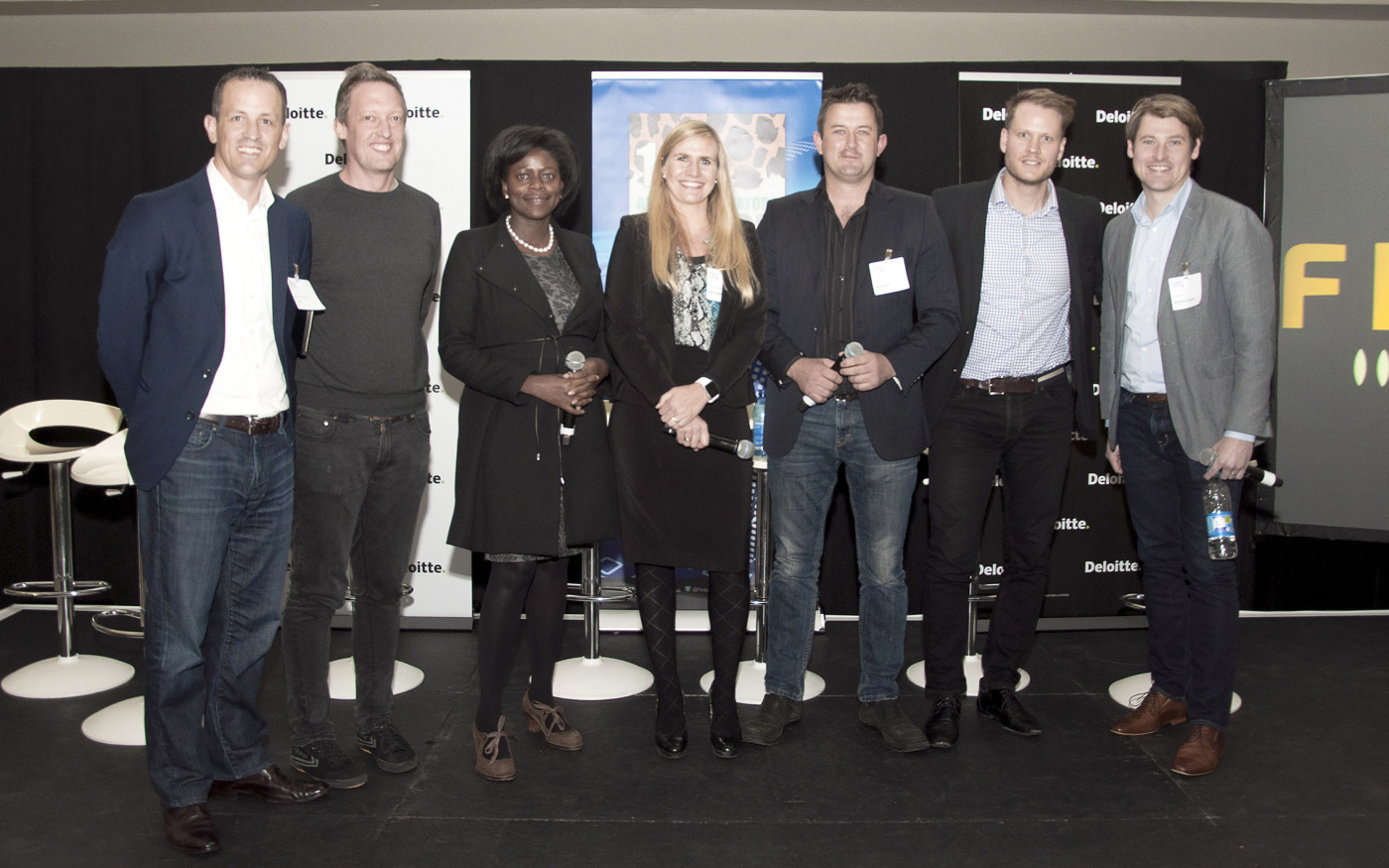 The financial inclusion event was opened by FinTech Africa's co-founder Graham Fehrsen, followed by a welcome and a thought-provoking presentation by Valter Adão, who is in charge at Deloitte Digital Africa. He spoke about Moore's Law, joked about Nokia phones and noted how fast industries are being disrupted, starting with retail and followed by all others. "A lot of innovation taking place at universities, ex-employees, entrepreneurs with some cash. Those are potential competitors for traditional players," said Valter.

For the crowd in the room the unstoppable ascend of FinTech was no surprise, but there were still a few oohs and aahs when Teun revealed that more than 60,000 people had voted for the European FinTech Awards, organised by the same Dutch entrepreneurs that are behind FinTech Africa. "And for FinTech, Africa is actually much more interesting than Europe," said Teun, calling on the audience to mobilise their supporters to nominate and VOTE for them at www.fintech-africa.com.

Panel moderator Simon Dingle, host at Binary Podcast & Product Guy at Curve then asked a panel of industry insiders if it is possible to make money from financial inclusion initiatives. 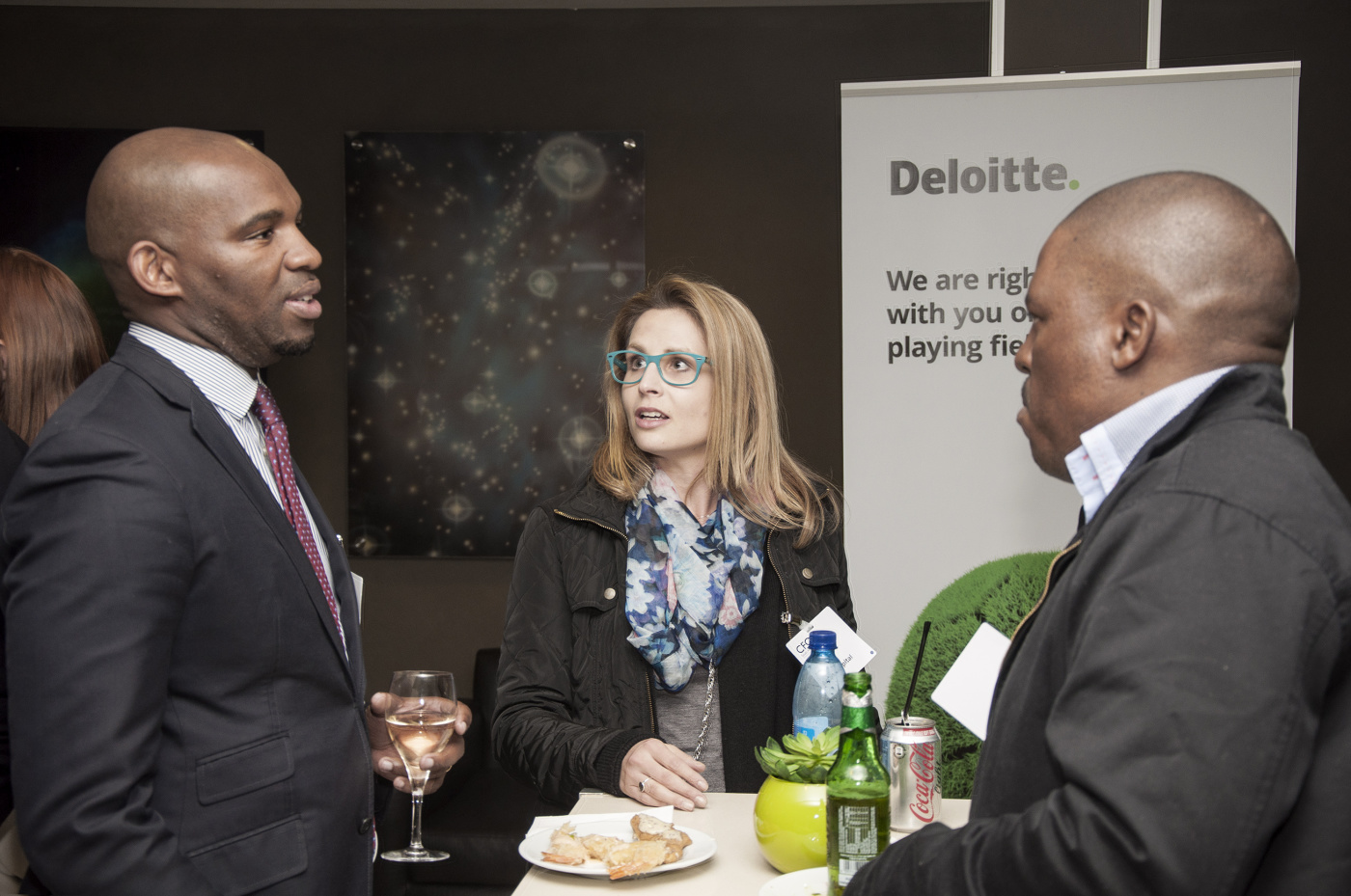 Dominique Collett, driving force behind all RMI's FinTech initiatives said: "There are two things that you need to bare in mind with regards to financial inclusion; one being the impact on society, and two making sure that you are commercially viable," Her fellow panelist, Trudi Makhaya, founder of Makhaya Advisory, pointed out that "once you get past barriers like regulations and you understand the problem within communities you are trying to serve and that your idea has some scalable model that is possible then you can make money."

"A lot of traditional banks need to break house and move away completely from the traditional banking system and start from scratch and commit themselves to the top caprices that are required to that and reduce the amount of political influence because that is also a serious game changer," said James.

The captivating debate around financial inclusion also sparked interesting questions and commentary from the audience. Roy from Deloitte, shared that the three primary reasons people don't use traditional banks anymore is that firstly, they are expensive, secondly, avoiding having sacrifice the whole day queuing at the branches and thirdly, lack of money to put into the bank account.

Pat Wilson agreed with Roy saying "Yes, a lot of people don't have money, but what the banks should do is provide people with access to new ways of making money, like selling airtime."

"People want to have means to an end, but without financial inclusion, know one knows who you are, no one knows what your interactions are and no one will give you a loan when you want to buy a house one day. People need to be active in a matter that they can transact, borrow and save." - Dominique Collett

Speaking on the trends arising from Africa regarding financial inclusion and FinTech companies, James says, "A lot of people don't have a credit record, they don't have traditional ways and means to gain access to credit. SMMEs who need money to make money struggle a lot. So those behavioral scoring pattern whether its using social means or community, which goes completely against the old way of credit scoring is a way in which a lot of FinTech companies are providing means these smaller merchants people to gain access to credit scoring."

FinTech is fulfilling its potential for the future of emerging economies and to conclude this discussion the panelists agreed on the fact that emerging markets (tech-start-ups) need to be offered an opportunity to break into traditional barriers and prove themselves, even though they may be seen as a threat to traditional banking and some established players.