Bruce loves the symmetry a well-constructed accounting system can produce but running balances him.

Head of treasury product control at Standard Bank, Bruce Du Bourg is not only a CA, he’s also a chartered financial analyst (CFA) and holds an MBA from Wits.

“There was something about finance and accounting that caught my attention,” he says, reflecting on why he decided to enter the field. “I can’t put my finger on it exactly, but I found beauty in the complexity of the finance models.”

Bruce, a man of many talents, has also found beauty in the joy of running. “I’ve always been an active person and took up running about 14 years ago,” he says. “My wife talked me into it, and I really didn’t enjoy it that much at first as it was hard work and as a sport, didn’t seem to have much going for it.”

Yet, for Bruce, running soon morphed into something quite different. Unsurprisingly, it all came down to the numbers. “After a while, I got fitter and faster,” he recalls. “Quite unexpectedly, I became obsessed with improving my times and going further and to new places. Many years later, I still feel the same way.” 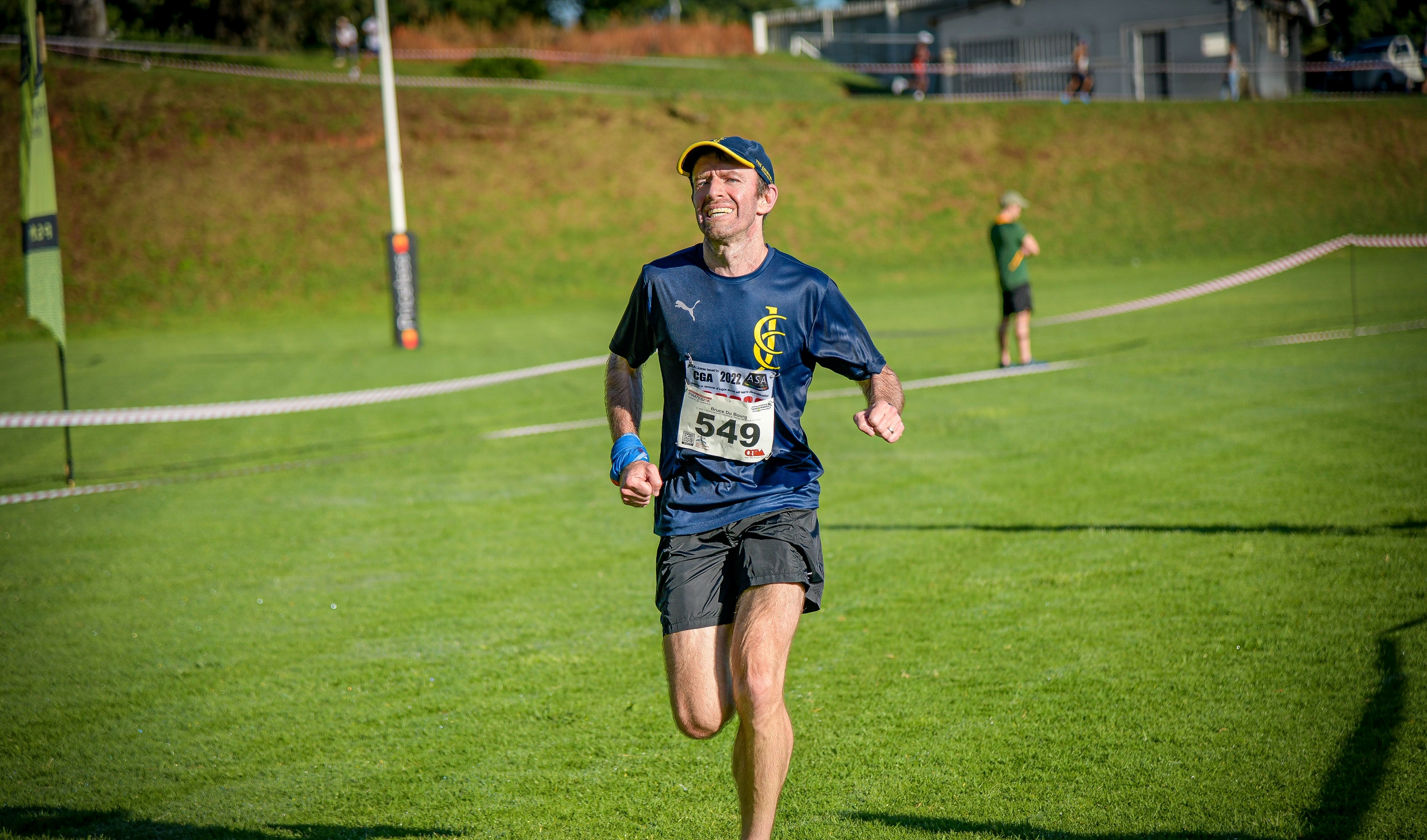 Bruce aims to run 10km every second morning – and also periodically races competitively, specialising in half (21km) marathons. “On a day that I’ve been running, I’ve achieved something before most people have gotten out of bed,” he says. “It’s also a social sport if you find a good group of people to share the road with. At the end of the day, I stay pretty fit without trying too hard, because with the joy that running brings to me, it doesn’t take much effort to get out of bed when the sun rises and lace up my running shoes.”

Bruce is so passionate about running that he even previously turned his hobby into a different kind of side hustle – as a freelance writer for Runner’s World Magazine. Not just a numbers man, he also has a way with words, with a humorous touch that adds colour to everything he writes. While Bruce’s demanding day job and family responsibilities means he no longer has time for formal writing work, those on his family and friends’ mailing list eagerly await his annual – often hilarious – stories detailing the year that was.

“I started writing as a way to communicate with people when I was studying away from home,” he recalls. “At first, it was just my parents who commended me on the paragraphs that I put together. Of course, parents are obliged to do so. When a couple of other people provided additional encouragement, I was driven to write a bit more. After a while I was hooked.” 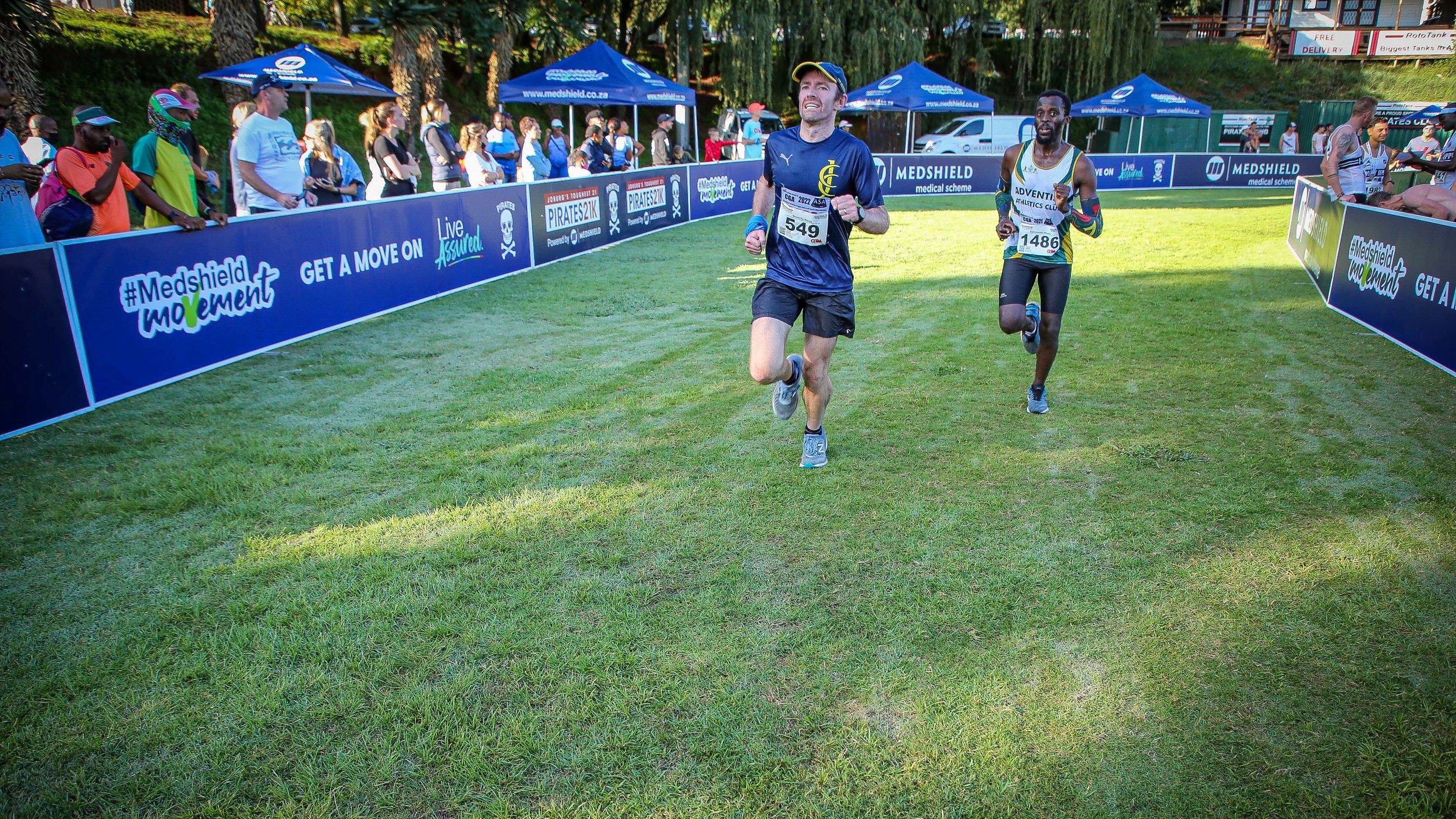 While Bruce doesn’t consider himself a natural writer, he’s come to understand that writing needs to have a certain rhythm. “Finding that rhythm usually means getting rid of some complicated words and phrasing and bringing in a little bit of ridiculousness,” he says. “If it brings a smile to my face when I read it, I know that the reader may feel the same way.”

Although they’re very different, Bruce feels that all his passions feed into one another. Being an accountant, he says, has opened him up to limitless possibilities. “I think that having one’s roots in accounting means that our brains develop in such a way that helps us to appreciate complexity in this world as well as the importance of balance and harmony in our lives,” he says.

“If a person can find something that ignites their passion and adds colour to their lives, this can only be positive, both for the individual and for the people around the individual who bask in the resulting light that shines from this passion.”

The newly appointed CFO of CFAO Equipment SA is looking forward to the learnings the new role brings.