Unparalleled learning and networking at first ever CFO Day

South Africa's first ever CFO Day was an incredible success, with a top cast of 130 finance leaders learning and networking together during a thought-provoking programme that touched head, heart and soul.

Bookended by a thought-provoking historical rendition by storyteller Michael Charton, CFOs and FDs started their gathering with an exquisite lunch prepared by David Higgs, the famous chef of the event’s venue, Marble Restaurant in Rosebank, Johannesburg. He dished up a delicious selection of tuna, kudu and asparagus starters, sea bass and sirloin main course, with a subtle cheese platter served after the seminars. 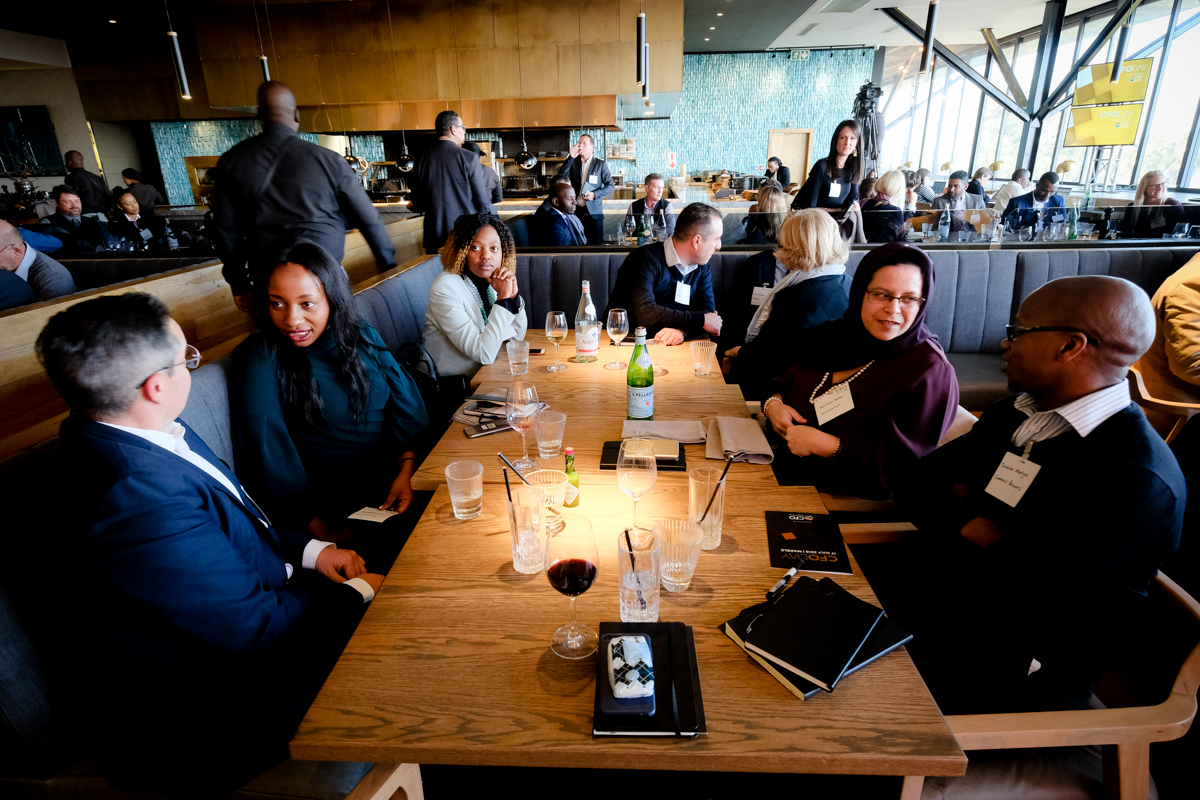 Made possible by principal sponsors Ansarada, Deloitte, Standard Bank, Thomson Reuters, Workday and a host of associate sponsors keen to support the CFO Community, the learning component of CFO Day kicked off with an onstage interview of Altron CEO Mteto Nyati, in conversation with CFO South Africa MD Graham Fehrsen.

Mteto shared the learnings from his turnaround journey at turning and said that people do better in an environment where they feel that what they do has meaning and that they are making a contribution. He said that when he joined Altron, he was tasked with resolving issues at an iconic company that had somehow lost its way.

“This company could contribute significantly to the growth of South Africa, and I saw this as a great opportunity to help with this agenda. As a company, we have come up with a purpose – we want to deliver innovation that matters. I told myself that we will be helping to address in four areas – safety and security, healthcare, financial inclusion, and training and development.”

PPC CFO Tryphosa Ramano and Deloitte Consulting Africa CEO Thiru Pillay then urged their colleagues to exhibit discipline, honesty and integrity. Tryphosa talked about how she has navigated the transition in a difficult period for the company whereby she has served four CEOs in a space of four years. She urged CFOs to get back to basics, which is what they all learned about at university – discipline, honesty and integrity. 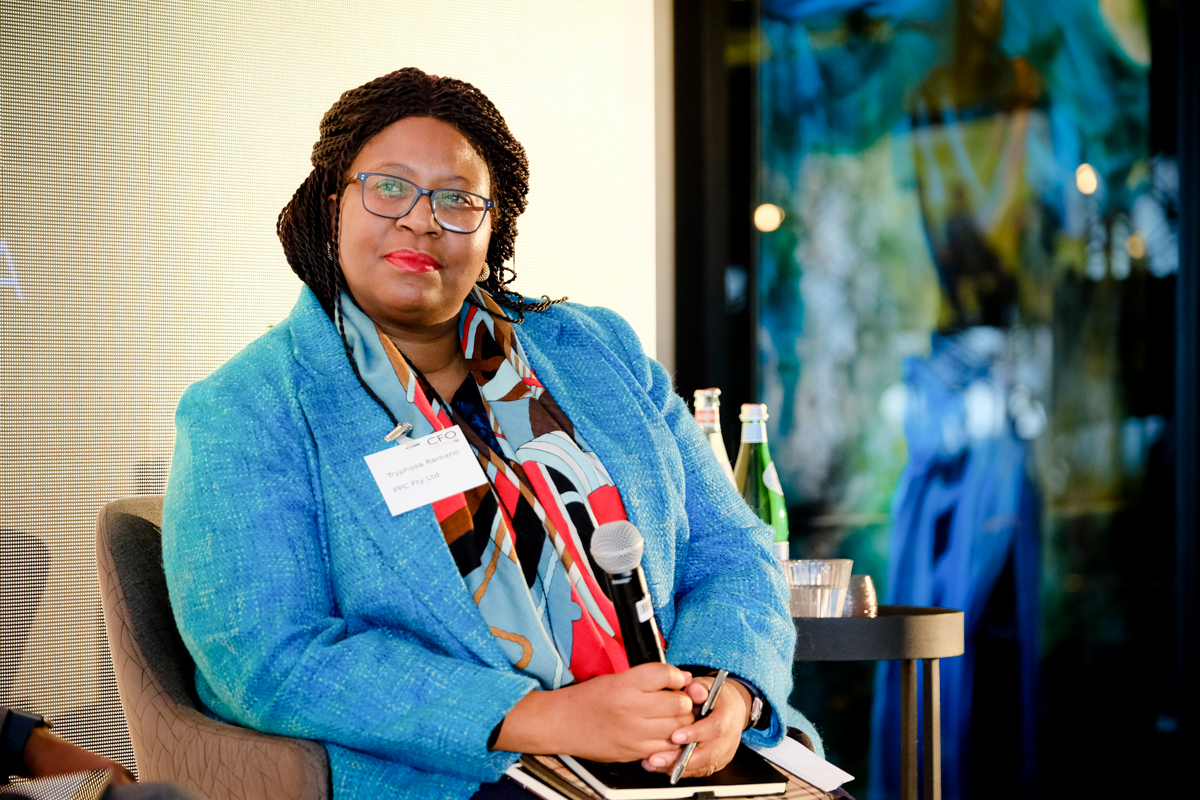 “When things go wrong in an organisation, there is always a tendency to point a finger at the CFO because they are the ones in charge of the money, but if you have done your work properly, you need not worry about that. You are taking a big chance if you throw me under the bus. It will most likely be you that will end up there, because what I do is supported by numbers.”

Thiru agreed, saying that leaders had a significant part to play in moulding the culture of the organisation, making reference to Deloitte’s recently launched Human Capital Trends report, which highlights the importance of social capital. He explained how people wanted to work for organisations that have a resounding purpose and whose values are aligned with their own values because employees in such organisations would inevitably put more effort into their work. 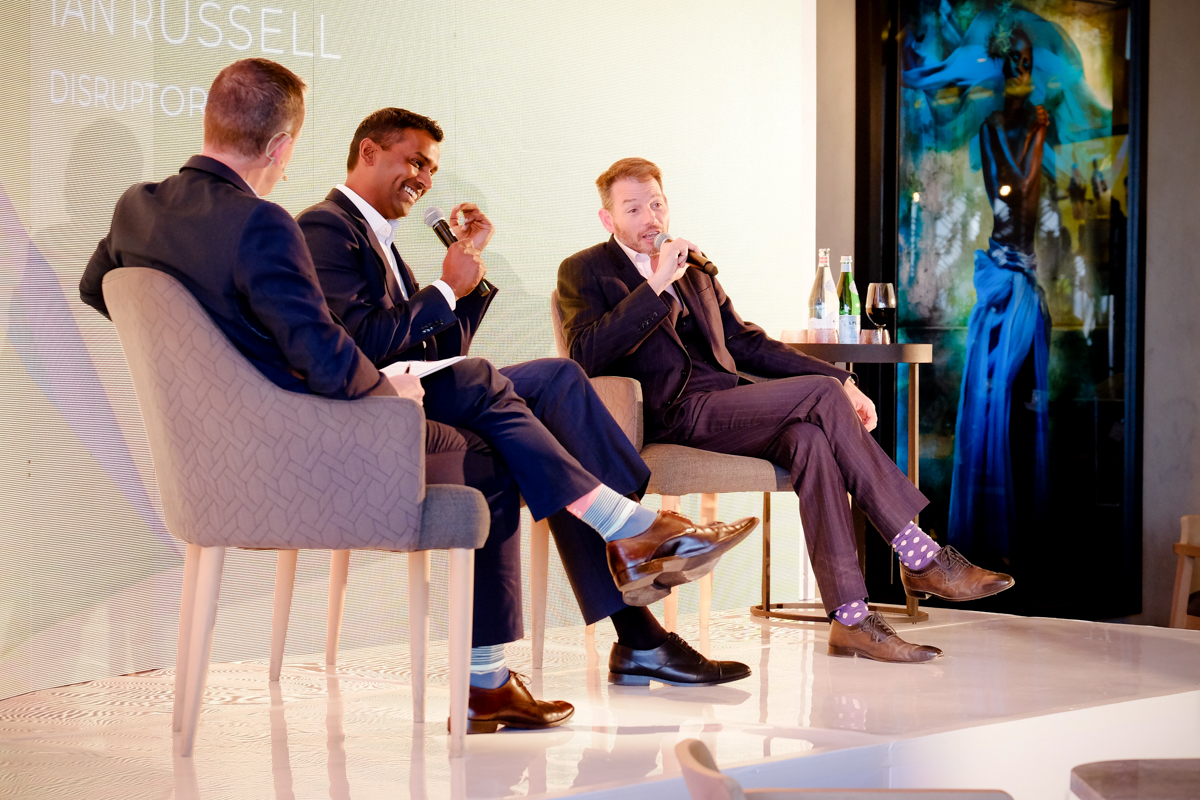 “Digital is not a thing anymore. It’s everything. We work in a world that’s digital. It’s the only channel,” said Lee Naik, TransUnion CEO, during the next session, titled “Do CFOs Have a Future?”. He said that a 2013 Oxford University Study on how susceptible jobs are to computerisation found that 47 percent of jobs in the United States are at risk of being automated in the next 20 years.

Ian RussellI, a disruptor and until recently the CEO of BCX, then said that one of the reasons organisations get so “bunged up” is in fact finance, which he describes as having a “sclerotic effect on the arteries of an organisation”. Ian said that one of the questions CFOs should be asking themselves is how they can become business advisors, advising the CFO and the board on where to go next and seek value. “You have to be ready and willing to step up to the plate, to take me on as the CEO. It’s deeply unhelpful to be told all the time that we are right. You have to have the appetite and will to really push back,” he said. 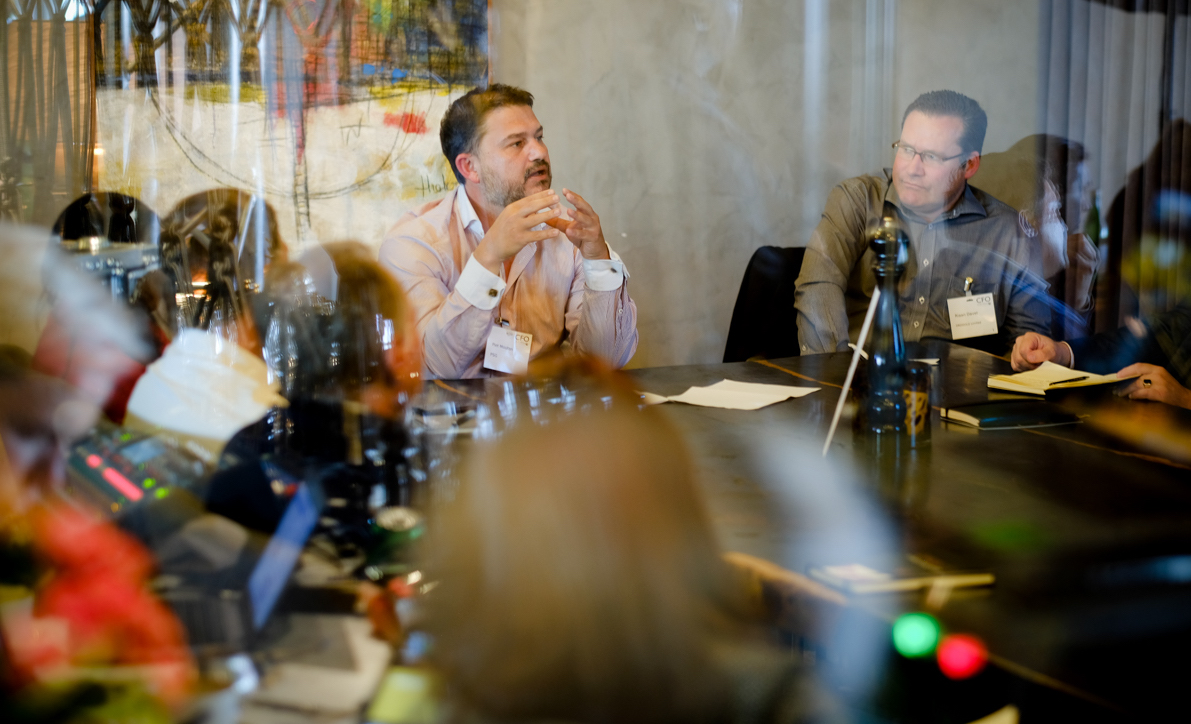 While breakout sessions with PSG CEO Piet Mouton and Omnia CFO Wayne Koonin discussed the art and science of dealmaking, the plenary saw Nando’s founder Robbie Brozin and Super Group CEO Peter Mountford discussing how to retain a spirit of entrepreneurship in large organisations at CFO Day. Optimism is key.

“I think the CFO role is a great support to the CEO. In the early days of the business, I never really understood the role of the CFO: understanding and unlocking where value is created. What are the value drivers in the company,” said Robbie, while Peter revealed he had always admired Hewlett-Packard for its "open-door philosophy".

“Everyone is free to speak their mind. It’s a culture we’ve held on to very strongly. We have small executive teams, for agility and quick decision-making processes,” he said. “We try not to have a culture of criticism and recrimination, but rather of sitting down and problem-solving with the teams concerned.”