“I have pity for CFOs,” says Victor Sekese and for the first time in the interview his characteristic thundering laugh is lacking. The Chief Executive Officer of accounting firm SizweNtsalubaGobodo has an intimate understanding of the tricky position many South African financial bosses find themselves in these days. “They are in a very difficult position, because the economy is down but they have to look at the long term business. If they don’t invest, they lose out.”

Sekese recently met with CFO South Africa for a frank conversation about the challenges that CFOs face and about the exciting ‘rise and rise’ of his business. SizweNtsalubaGobodo is the country’s largest black owned and run audit and accounting firm. With a staff complement of over a 1000 – and ambitions to grow to over 2000 in 3 years – the firm has a well-established national footprint. In South Africa the company is now the largest firm of its kind, after the so-called Big 4. Their future expansion plans are also strategically aimed at the rest of Africa and the international business context.

“From my observation of CFOs in action,” Sekese says, “what is occupying them is the sustainability of their organisation. We have recently seen the credit downgrade for South Africa, which has worried a whole lot of CFOs - especially if they need to get to the market to get money. They wonder: how much is this going to cost me?” This is especially tricky for managers with businesses where investments only pay off after, for example, ten years. “The energy sector comes to mind, a sector that is critically important for the economy. You spend based on projected economic growth. If this growth doesn’t come, do you continue spending?”

“These are challenging times for CFOs. They are in a very peculiar position. I look at my own CFO and I think rather him than me!” Sekses says with his trademark laughs. He gets serious again in the blink of an eye. “Their position is critical. They have the pulse of the organisation. They need to have a good understanding of the financial health of their organisation, but also its health from a risk management point of view. They need to be pro-active with implementing risk mitigating strategies. The CFO and the CEO need to strike a partnership in which scenario planning is very important - they always need to be on their toes.” 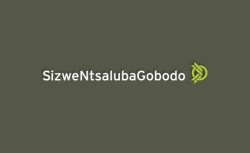 Overall, Sekese has noticed a change in the role of the CFO. “Gone are the days where CFOs concentrated on the past. Now they look at what informs the future and there are more demands to be a strategic adviser to an organisation to ensure sustainability. The CEO is the visionary who looks to the future. The CFO should be well positioned to keep a balance and also to make the company sustainable today. It is a critical, difficult position largely because of the economic situation. We’re not seeing the profit of yesteryears, but it is important – whilst in survival mode – not to get locked up, because then you die and fail to stay relevant.”

SizweNtsaluba VSP and Gobodo Incorporated merged in 2011 to form the largest black-owned and managed accounting firm and the fifth largest accounting firm in South Africa. The landmark merger combined more than 28 years of experience across various industries and redefined the landscape of the accounting sector.

The new SizweNtsalubaGobodo is one of the few big accountancy firms that advertises with billboards and interacts with the general public. “Brand awareness is very important,” says Sekese. “Some years ago our Cape Town office wanted to move out of the CBD to Century City along the N1. I just ignored their proposal. But when we moved to this building in Johannesburg along the highway I realised the motorists see us as they get stuck in traffic.” And after another trademark bellowing laugh, Sekese explains that he quickly approved the move in Cape Town, “ and now we make it a point to get prime space in all major towns and we don’t have to do a lot of other branding.”

Branding is one thing, truly merging two big companies is another, says Sekese. “When we merged I never imagined the amount of work involved. The technical aspects are easy, because there is a formula. The most difficult part was to change the mind-set of our people. In June 2011 we became the 5th-ranked professional services firm in the country. We had to shed our small or medium sized mind-set. This didn’t happen automatically; we needed a deliberate strategy to change.” 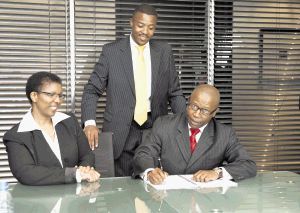 That change took a while. “We actually needed three years to settle, but we didn’t get it. We ran the risk of being a mismatch. We were not able to find consulting firms that could help us. They were using textbook approaches that didn’t address our holistic approach. We eventually came up with the framework of our own corporate academy.” The corporate academy educates SNG employees and also works on creating a common culture. “We want to be leading and innovative and become assurance advisor and partner of choice. If we approach life from the position of a strong value system, those values become our own values.”

At the time of the merger SNG employed 850 people. This has now grown over a 1000 and the company is getting some desirable contracts like a large audit contract with parastatal Transnet. “In three years we want to employ 2000 people. Thanks to our corporate academy we now look differently at people management. It is a business tool and class room instruction is only a small part of what it does. It’s more about action.” One of the new approaches it has pioneered is to take new recruits by the hand and not only teach them the ropes, but also introduce them to strategy from the start. “When you learn to drive a car, you don’t start by steering or pressing the accelerator only, you start doing everything and that’s how you learn.”

Detractors sometimes say SNG is mainly landing big governmental contracts because of its ‘black credentials’. “We make use of that,” Sekese acknowledges. “But it is not a sustainable way of attracting business. To continue to be relevant you can’t just visit a company once a year, you need to offer much more. The criticism doesn’t worry us a lot, because the competition is also working hard and catching up when it comes to hiring black people. Our main aim is to become the advisor of choice. When we go to a client we want to exceed expectations. You develop trust with a client, which should be timeless. When a company has a challenge, they should think of you.”

Like most big South African companies SNG is struggling to find talent. “There is a general shortage of Chartered Accountants (CAs) and a specific shortage of black CAs. It’s serious and throwing money at the problem by sponsoring bursaries is not sustainable. I am humbled that quite a lot of great people want to join us as we are building this dream. We’re working to be the employer of choice for professionals all colours.”

Sekese is now concentrating on growth, in and outside of South Africa. “Our ambition is not only to work in Southern Africa, but also to grow into the rest of the continent. The conversation is more and more about operations elsewhere. We need to have a footprint globally. We want to be a truly global firm. We are already a member of Morison International, which gives us that footprint, but we want to expand. We are now part of the global community. Europe is a major trading partner. The last 18 months the focus has been on institutional capacity and building a support structure for the teams. We now look at mergers and acquisitions, especially with specialist companies. That is part of our strategy.”