Simon Adams has been the chief financial officer of Nando’s South Africa since February 2017.

Simon received a B.Com honours degree in accounting and qualified as a CA(SA) from the University of Johannesburg.

In 2009 he was appointed the commercial manager of AVI before joining Mondelēz International in 2011 as a FP&A category finance manager. He was promoted to head of finance for the company’s Kraft Foods Kenya division in 2012 and to finance business lead of central and east Africa in 2014.

Before joining Nando’s, Simon served as the CFO of south, east and central Africa at BIC.

For his work as the CFO of Nando's South Africa, Simon has been nominated for the 2021 CFO Awards. 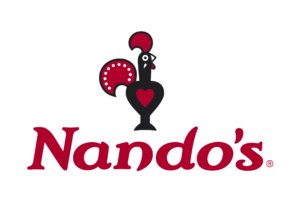 About company: Nando's is a South African restaurant chain that specialises in Portuguese-African food, including its signature flame-grilled peri-peri style chicken.

Simon has been nominated for his work as the CFO of Nando’s South Africa.

As the CFO of Nando's South Africa, Simon Adams stands behind the company's strategy to make South Africa a better place, whether it's through their chicken, their community projects or their investment into South Africa's local designers and artists.