Shumani Tshifhango was one of nine Absa employees who were recognised at the annual Absa CIB Excellence Awards in 2018, which celebrates top-performing individuals, as nominated by fellow colleagues.

The incentive for the winners (with their partners) was a trip to Cancun in Mexico. Shumani chose to take his mother with him on the trip, because he wanted to spoil her and thank her for all the support that she has given to him. His mother was a domestic worker and supported the family with an R800 monthly salary.

Shumani said that it has always been his dream to go on his first overseas trip with his mother. During the trip, his mother kept saying “this feels like heaven, I never imagined anyone would do something this special for me!”.

About the trip, Shumani said:

“The trip was amazing as it was my first time going overseas, meeting and engaging with other colleagues within Absa CIB, and of course the parties!”

Shumani feels that the trip helped him to realise the importance of taking some time off work to relax and enjoy spending time with your loved ones. After the trip, he went back to work feeling refreshed and ready to take on more challenges.

In a statement, Absa said that the awards help the company recognise its people for their commitment and talent as they move the dial to co-create a CIB business that is uniquely African.

Shumani was nominated by one of his colleagues for his alignment with Absa’s values in terms of innovation, creating a thriving organisation, collaboration and playing a shaping role in society. 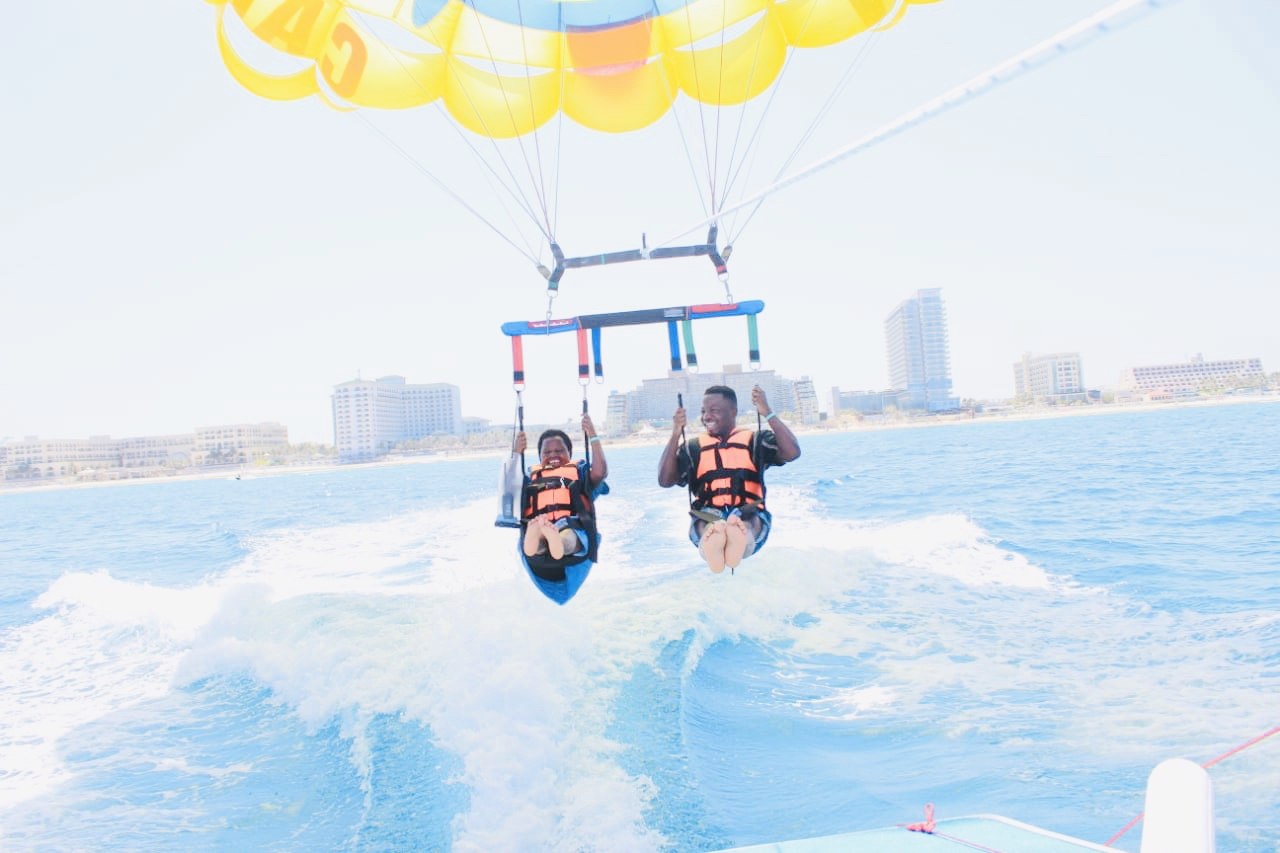 The statement further read that Shumani has proven to be a valuable member of his team by taking more responsibility in addition to his current role as a junior market risk analyst.

Contributing to his win was his passion for philanthropy, which led him to raise R15,000 – with the help of his colleagues and social media followers – for one of the cleaners within the bank to help her prepare for the birth of her child.

Absa said that this initiative encouraged people to go beyond the call of duty by being brave and unafraid to do whatever it takes to bring the fruits of their imagination to life.

Shumani believes that initiatives like the Absa CIB Excellence Awards are important as recognising colleagues encourages everyone within the organisation to constantly strive to be better and to do better in their professional as well as personal capacity.

Shumani and two other Absa CIB young talent were recently selected to be part of The Streetwise MBA, a programme for leaders who want to be more inclusive in leading diverse teams, serving diverse customers and working with diverse stakeholders.

Shumani joined the market risk team at Absa CIB in 2018. He currently holds a bachelor of science in electrical engineering as well as a masters of commerce in risk management and financial markets, both from the University of Cape Town.