Never speak to the tax authority in an African country without an advisor present, make better use of tax incentives and familiarise yourself with the local tax law and the people who enforce it. Those were some of the lessons during the extremely insightful Master Class at Thursday’s Moving into Africa event in the Michelangelo Hotel in Sandton. The CFOs present received a comprehensive overview of African tax affairs by some of the brightest tax minds on the continent, provided by KPMG.

It was Devon Duffield, Chairman: Tax & Legal at KPMG, who kicked off proceedings by emphasizing three completely different tax bases are used in Africa: Napoleonic law in the West, English Common law in the East and Roman-Dutch law in the South. He noted that more and more businesses and CFOs are looking at expanding into Africa, their main tax worries being withholding taxes and Base Erosion and Profit Shifting (BEPS), commonly known as transfer pricing. According to the Africa Tax Administration Forum (ATAF) between 500 and 800 billion US dollar is leaving the continent irregularly each year. In most countries that number is higher than the aid they receive.

While tax systems in African countries, especially in West and Central Africa, are not very sophisticated, that is changing now, Duffield said. "These days the majority of western aid is going to projects to help countries to set up systems." While he encourages good relationships with tax authorities, he implores local tax consultants should always be present. "At KPMG we don't allow a conversation between a client and a tax authority unless a senior tax partner is present." 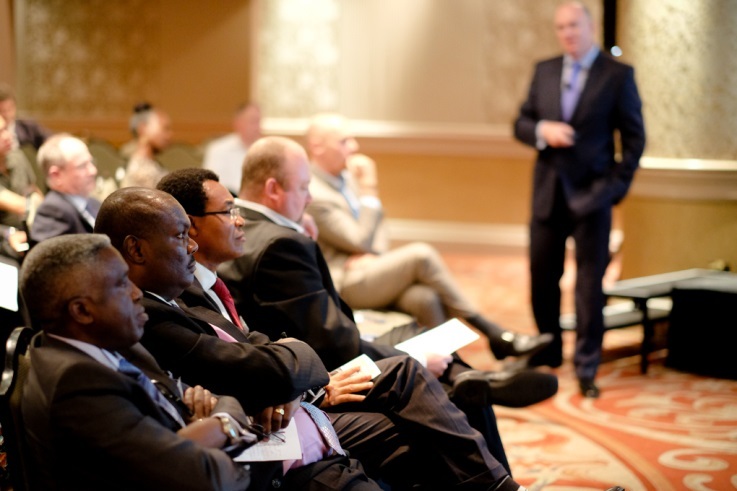 According to Duffield's KPMG colleague Venter Labuschagne, Head: Trade & Customs, many CFOs underestimate the importance of managing customs duties, while often being preoccupied with apparent 'bigger' issues. "Africa has the highest rates of customs duties. They are easy to collect, so that is what authorities focus on. It is not on the radar of the CFO though, it is often left to logistics. Most businesses leave customs to their freight forwarders or couriers, but they have no interest in lower rates," said Labuschagne, while calling on CFOs to get involved in managing customs duties.

Labuschagne also signalled a trend of fewer tax exemptions, for example for the extractive industry. Trade regions like the Southern African Development Community (SADC), Economic Community Of West African States (ECOWAS), East African Community (EAC) and the the Common Market for Eastern and Southern Africa (COMESA) are also growing in importance. "They are getting more tight-knit," Labuschagne said. "A very exciting development is the Tripartite Free Trade Area. SADC, EAC and COMESA are in a very advanced stage of negotiations for a free trade area encompassing 26 countries."

Africa experts Bikash Prasad (CFO Olam International), Greg Davis (CFO Africa Standard Bank) and Sean Bennett (Head of UBS South Africa and Sub Saharan Africa) also contributed their insights to the discussion, with Prasad emphasizing the disadvantage businesses suffer due to informal trade and underdeclaration. Davis is a regular contributor to this website. His latest Expert Insight on business principles for Africa can be accessed HERE.

The real detailed, practical value of the Master Class came from the last three KPMG presentations by Victor Onyenkpa (Partner Nigeria), Richard Ndung'u (Partner and Head of Tax Kenya) and Louison Kiyombo (Head of Tax and Legal DRC). They spoke about the challenges, pitfalls and opportunities in West, East and Central Africa. In the coming weeks we will publish their insights on this website. In the meantime have a look at the presentations by KPMG.

See the pictures of the event here.

Download the presentation from the Moving into Africa Master Class by KPMG: