“Africa should be a net food exporter, but it is a net importer at the moment,” says Bikash Prasad, CFO South and East Africa at Olam International, a Singapore-headquartered integrated supply chain managing firm and processor of agricultural products and food ingredients. The Durban-based Prasad has a passion for the continent. “We want to play an important role in the growth of Africa,” he says.

Olam International started in 1989 as a cashew nut producer in Nigeria and still has a strong focus on the continent, says Prasad. “All the corporates are fully aware that there is great potential in Africa, but they are sometimes still reluctant to seize the opportunities,” says Prasad. “At Olam International we believe in Africa and because we were born in Africa with a deep-rooted history and on the ground expertise, we are not scared to invest and grow. Barring a few countries, the continent is stable. We are always vocal about improving food production and agriculture in Africa.”

Prasad recently presented a paper on Agriculture and the food trade deficit at the 8th Annual Africa Trade and Export Finance Conference in Cape Town. He chatted to CFO South Africa about the question why Africa is a net food importer and what can be done about it. Prasad believes that if a CFO is an ambassador for his or her company it is a demonstration of the company’s objective to grow responsibly. For Bikash “it underlines transparency and our desire to engage with all of our stakeholders”. It also means that the CFOs are fully aware of stakeholder opinion and external issues which can then inform financial decisions, he says. 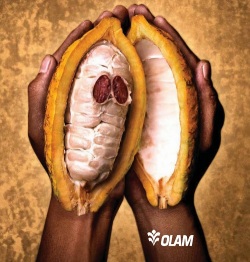 After starting his career in India (his land of birth) and working with companies like Unilever and Asian Paints, Prasad moved to Nigeria ten years ago to work for Nulec Industries. In 2006 he joined Olam International as Country Finance Controller in Cameroon and he hasn’t looked back since. “In 2009 I moved to Ghana as Cluster Financial Head for West-African countries and, in September 2012, I moved down to Durban and assumed my current position,” Prasad explains. “My most important roles include identifying and supporting opportunities for sustainable growth, corporate governance, developing talent and working with various internal and external stakeholders.”

From its humble beginnings 25 years ago, Olam has grown into a sizable multinational with a presence in 65 countries and a turnover of approximately 20 billion dollars. Temasek, an investment arm of Singapore Government is the largest shareholder for Olam which also has a growing presence outside Africa, including operations in countries like US, Australia, Indonesia, Vietnam, Thailand, China, India, Middle East, Central Asia and Brazil. “We believe Africa can and should be firstly feeding itself and secondly feeding the rest of the world. Almost 60 percent of the cropland that is still available for cultivation is located in Africa.”

But the African potential has remained largely untapped so far,” admits Prasad. “One of the biggest problems is that, compared to Asia, the yield per hectare is only 25 percent of potential yield. If that doubled to 50 percent, Africa could already become a net food exporter. Sub-Saharan Africa has the lowest actual crop yield as a percentage of potential yield anywhere in the world. If the right amounts of water, fertilizer, finance and labour are brought together in Africa, the region has the highest growth potential of any agricultural sector in the world.”

Currently only 3.6 percent of African cropland is irrigated, Prasad explains. “That means most farmers are still wholly dependent on the weather for the crops.” Other indicators that there is massive room for improvement are yield enhancing technologies like agricultural machineries, tar roads, power and the proper utilization and management of fertilizer. “At the same time the local demand in African countries is increasing. The population which is growing at 2.5% per annum will double by 2050 and growing urbanisation at 4.5% means a change in food consumption and demand for imported foods. Rising GDP and income levels also increases the demand,” says Prasad. 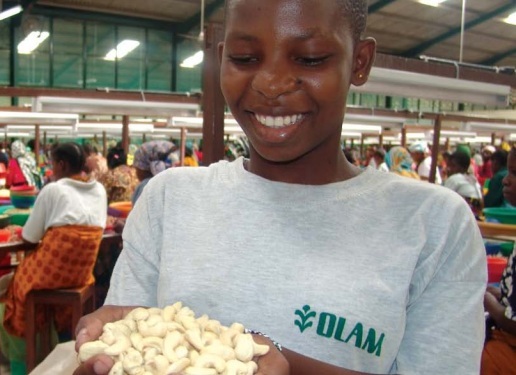 Olam not only signals the problems and the potential, but also plays an active role in helping Africa move forward and making sure various countries learn from each other’s experiences. “We are into upstream farming for rice, coffee, edible nuts, palm and rubber and midstream processing for products like cocoa, cashew, wheat, crude oil and so on. We are also active on downstream and distribution operations. We are participating in various parts of the value chain and also see it as our responsibility to spread good agronomical practices.”

For small African farmers, financing is usually a problem. “Most financing is through corporates, traders, farmers’ retained earnings and sometimes micro-finance institutions. We have to find more innovative ways of financing farmers, so they can use the right technologies and inputs,” says Prasad. He sees Public Private Partnership (PPP) as one of the strong catalysts for developments. “Olam has a successful PPP with the government of Gabon. It is really working well, helping to diversify Gabon’s economy and develop the country’s agricultural potential” says Prasad.

Critics sometimes dub the investment in agriculture of multinationals as ‘land grab’, especially when foreign workers are recruited and the revenue is disappearing overseas. “There are countries which don’t have enough people with the right experience to work at the farms, plantations and manufacturing facilities. That means we need to bring in external experts and manpower, which will work and then transfer the relevant skills to nationals,” says Prasad. He also emphasizes that Olam is very committed to the “local context” as he calls it. “Whether we are operating on concession-based or owned land, it is vital to undertake environmental and social due diligence. We have community as well as legal obligations.”

Olam remains absolutely committed to Africa. “We have invested over USD 1.2 billion dollars in Africa while following our aim for long-term sustainability,” says Prasad. “We also bring innovation and best practices in farming and processing. For example, the 6,000ha rice farm in Nigeria is supported by a central mill which will be fully operational by mid-2014. It will be supplemented initially by approximately 3000 local outgrowers, and gradually scaled-up to include 16,000 farmers. Many of these outgrowers will be working on the farm (or have family members working on the Olam farm) and are trained by Olam in Good Agricultural Practices which they can then take back to their own fields. Eventually, the outgrowers will be providing 30-40% of the operation’s rice. Olam is confident that this model can be replicated by other organisations to support domestic drives for greater self-sufficiency and goes to show that large-scale commercial farming can work hand in hand with smallholders. Our coffee plantation in Tanzania is going to start yielding soon. Our flour mill in Ghana is now at full steam and we also have wheat mills in Cameroon and Senegal underway. We are really contributing to Africa’s growth.”