Attendees of the Finance Meets HR Summit, held this week at the PwC building in Waterfall, participated in an exciting new concept – a boardroom simulation. The simulation was part of the first in-person summit held by CHRO South Africa and CFO South Africa since the onset of the Covid-19 pandemic.

Finance and HR executives broke away into two groups and were presented with a case study of Company X – which had committed an environmental wrong. In the wake of this environmental and reputational crisis, a research report was commissioned into the company culture, and it emerged that it was an extremely toxic place to work – especially for women. Despite these negative findings, the company’s finances remained strong.

The hypothetical scenario gave the executives the opportunity to deliver insights on an important topic, and resulted in a blueprint for the successful adoption of and delivery on ESG policies. It allowed the audience to get in touch with their common beliefs around ESG, and their collective priorities in business.

Masibulele Dem, CFO at Hulisani, who acted as Company X’s CFO for one of the simulations, stressed that a company’s performance is based on its employees and communities, and an organisation that fails to take care of these is shooting itself in the foot. 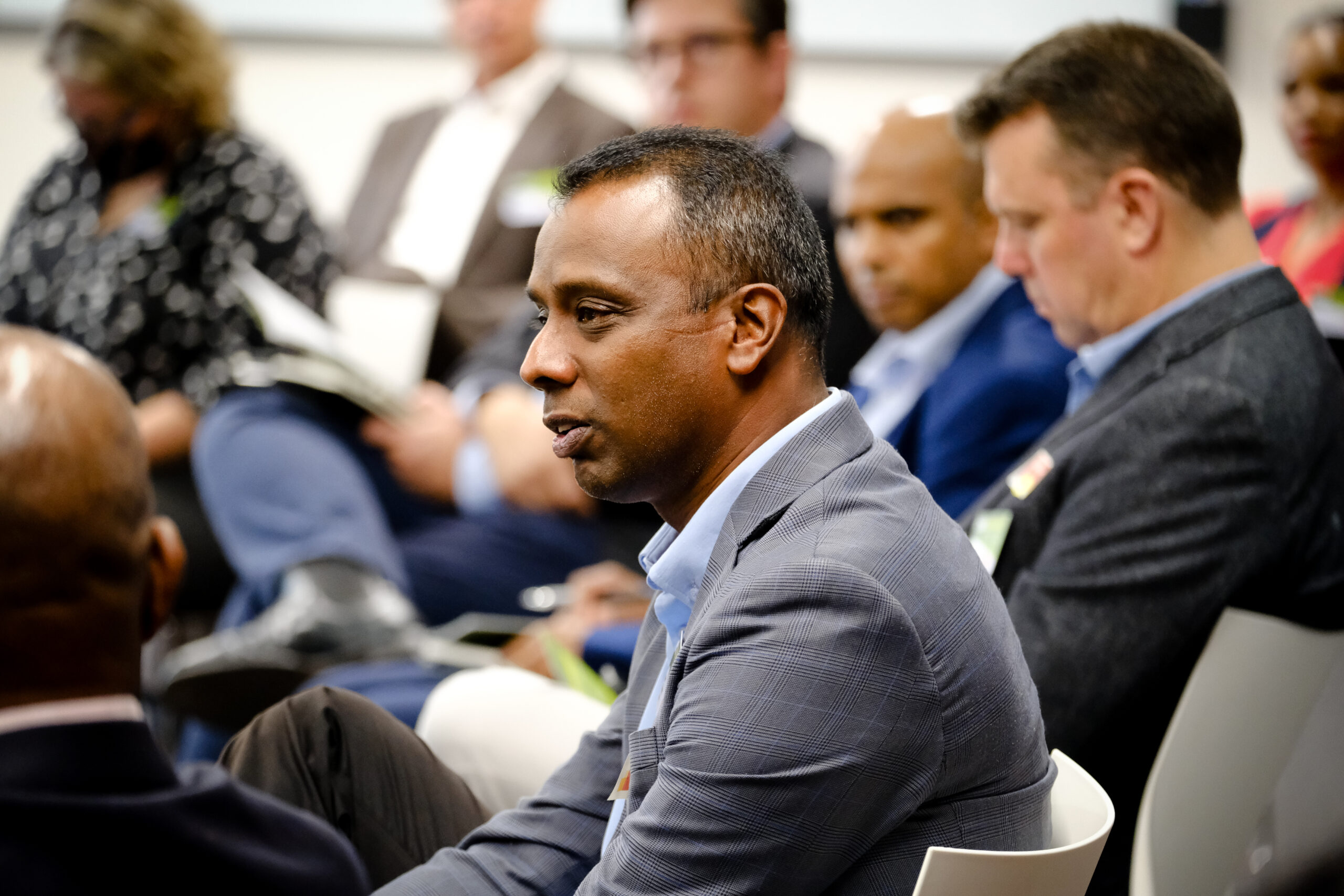 Mark Gounder, CFO at Hulamin, who acted as Company X’s CFO in the other simulation, said something similar, remarking that the most important capital in any organisation is its people. “Businesses need to invest in human capital as well as their balance sheet in order to be sustainable. Finance and HR need to come together and set clear guidelines and goals to balance their investments – together.”

One of the attendees who was acting as a board member during the simulation, proposed a solution to addressing the impact of Company X on its people. “We need to become aware of who the affected people are, and approach them to offer assistance. We need to tell them that the matter will be attended to and that action like this will not be tolerated.” 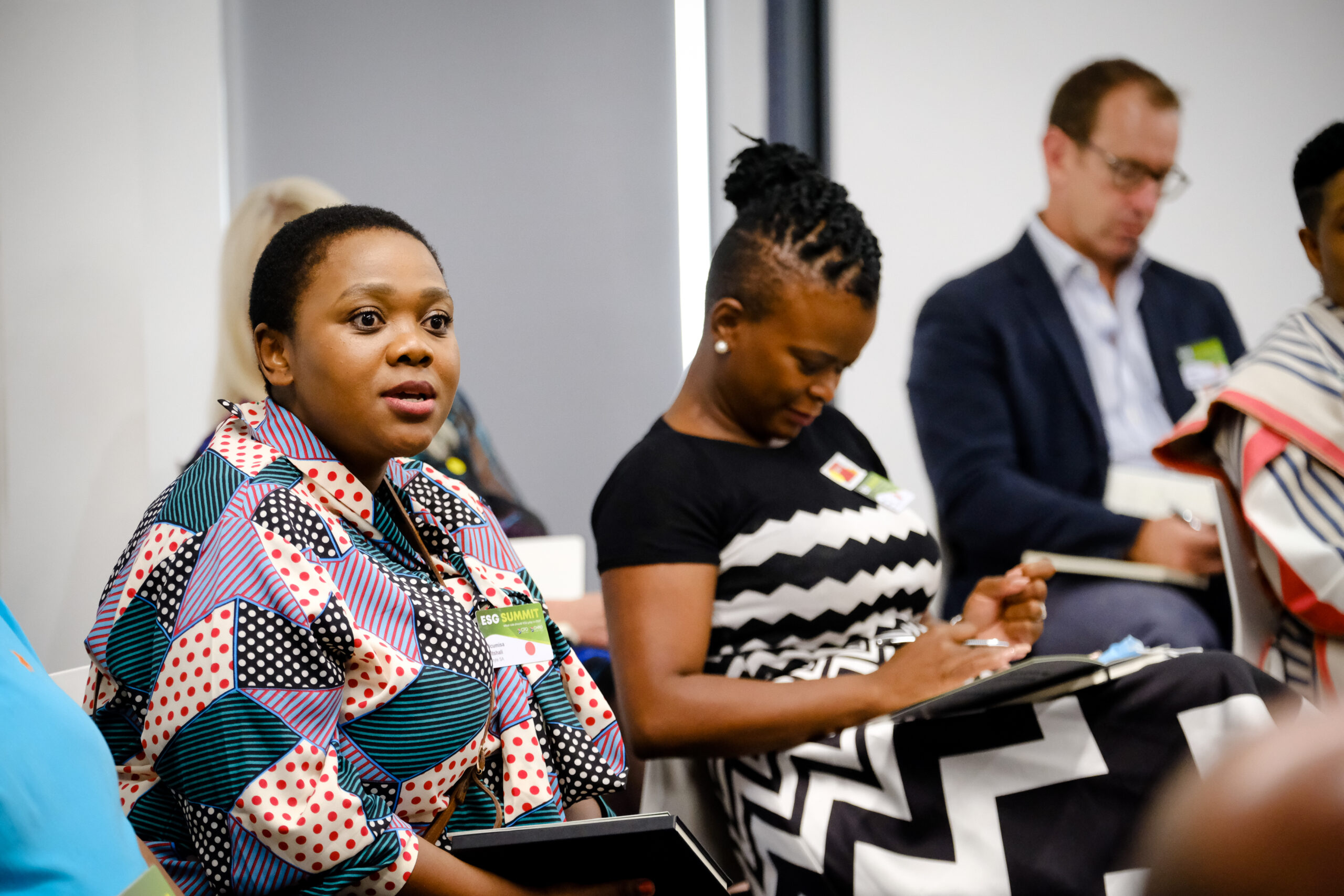 Defining purpose
An executive in one simulation raised the point that any organisation should start with a purpose – and be very clear on what that purpose is. “ESG is such a topical strategy for any organisation, but you can only get there if you are clear on your purpose – and not just your internal stakeholders, but your whole value chain.”

Another attendee stated that every company has to focus on three things: its purpose and mission, its strategy, and its culture: “In order to align these three, we need to address all of them together instead of focusing on one at a time.” 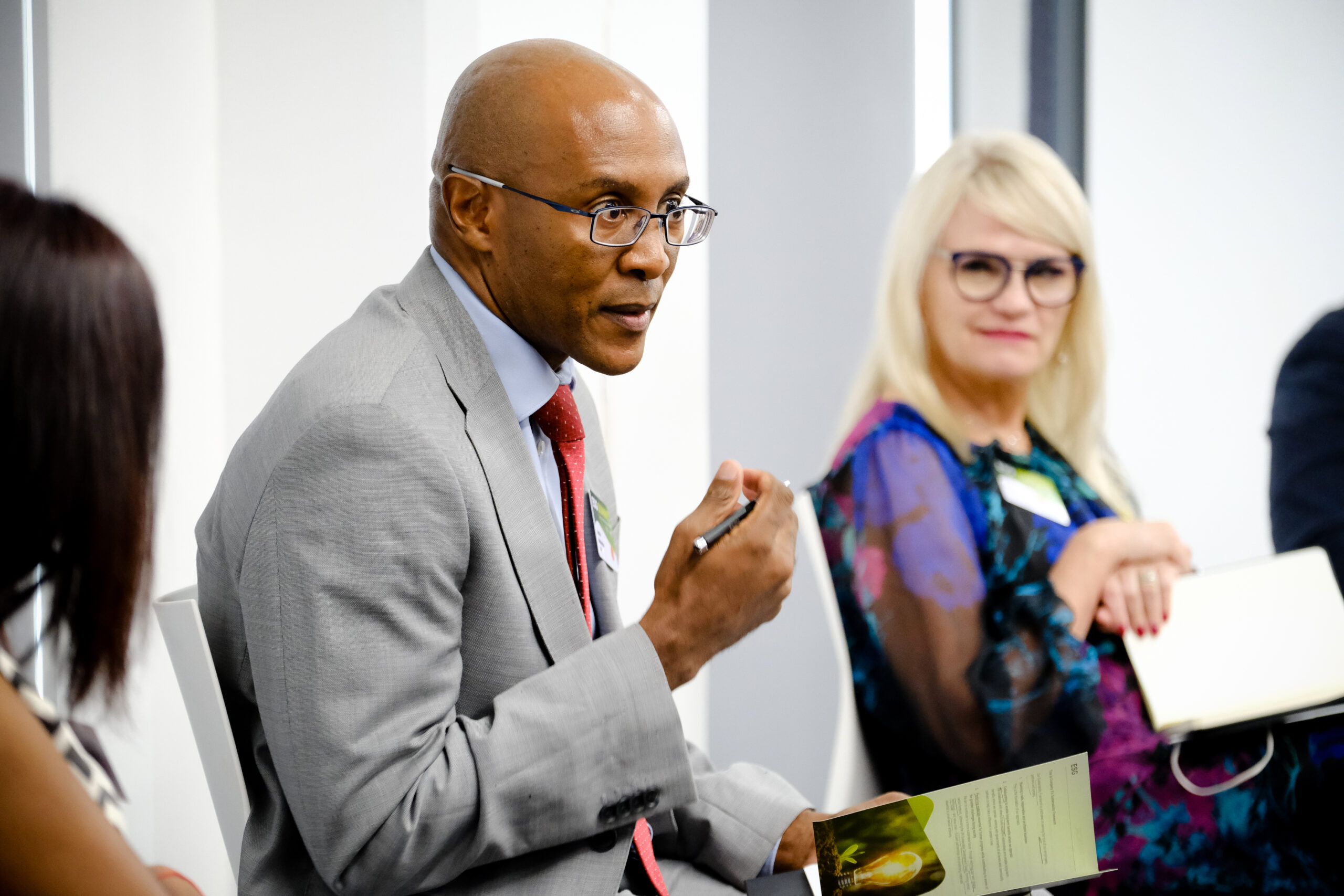 Lead from the top
Vinolia Singh, CPO at Adcorp Group, and CHRO for the purpose of the simulation, pointed out that no single person in a company is the owner or driver of culture, and that values are driven from the top, and through every line manager in the organisation.

The designated CHRO for the second simulation, Accenture CHRO Lebogang Chaka, whistled the same tune, saying that, “to understand where a toxic culture in any organisation is coming from, you have to look at its leaders and what their strategy is. And in order to change that toxic culture, you need to implement a 360 degree leadership turnaround and embed anc entirely new culture.” 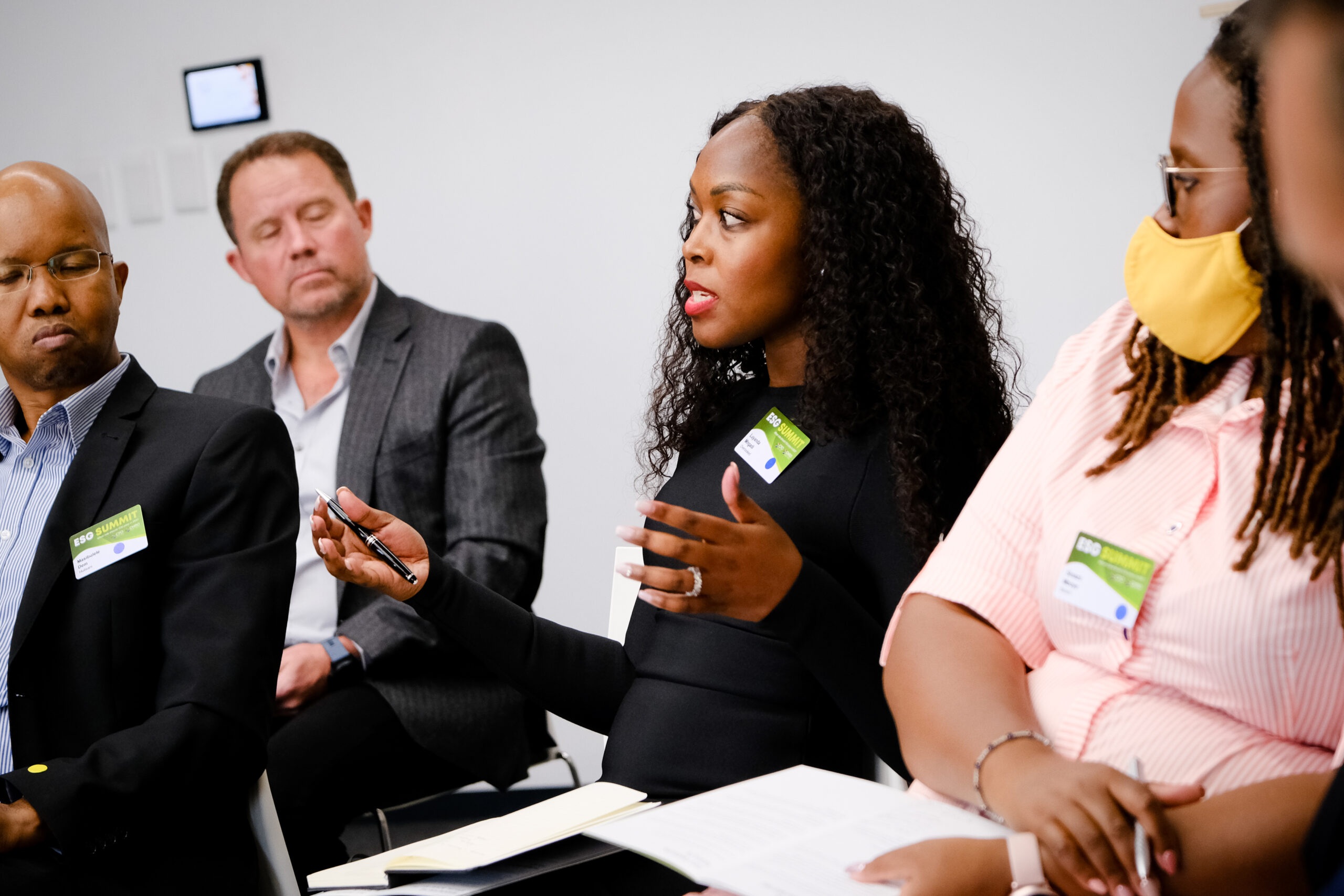 Walking the talk
Some of the attendees agreed that before they could address the problem, the board needed to ask themselves whether they were walking the talk in implementing the ESG framework. “Is the problem the framework or the implementation process and rollout of it?”

In the case of the scenario under debate, Brett Warrington, MD of Paragon Impact, then observed that while the company under question had seemingly good ESG policies in place, these were not being held up by action on the ground.

“Companies tend to see ESG as a cost centre. They tick the box. This can give a misunderstanding of how well the company is performing. They had great policies, but on the ground it was quite different. Clearly, it’s not coming from the top down. So it’s important to put something in place that measures what’s happening on the ground.”

He added that while Company X’s financials were strong in the wake of the crisis, this would probably not remain the case for much longer, as legal action and sanctions would probably arise as the result of the company’s problematic activities. 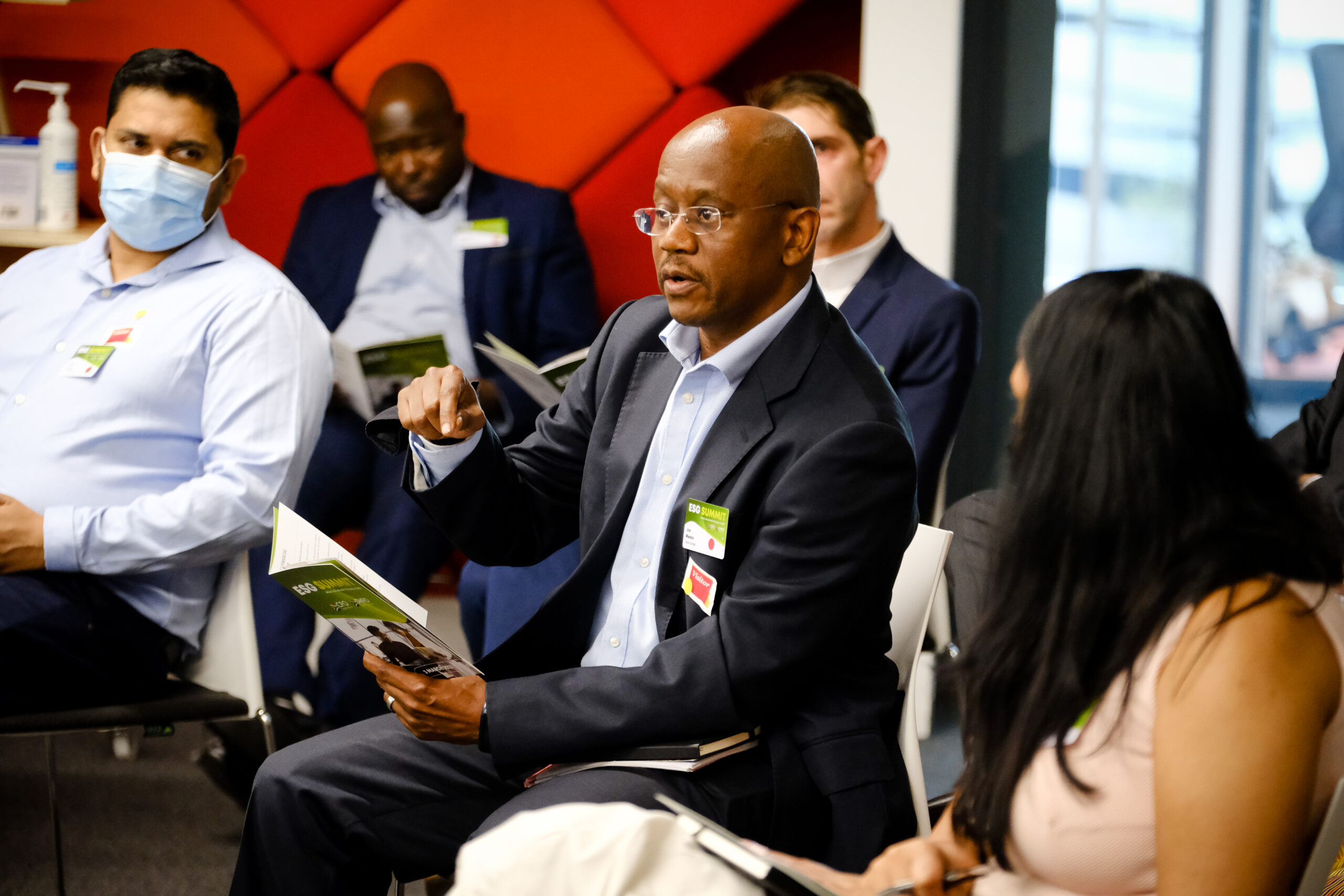 Vinolia said that one solution for the scenario could be to link ESG to the 17 Sustainable Development Goals, but carry out a survey to pick two or three issues. “Then track behaviour and results so that action can be demonstrated in that space. We need to make sure they are embodied in our everyday activities.”

Masibulele agreed that regular monitoring and reporting on environmental issues is imperative, so that interventions can be implemented should they be necessary.

Lebogang suggested that Company X use AI platforms to measure the success of the acquisition strategies, and the diversity and inclusion strategies.

ESG expert Aimée Girdwood explained that while ESG has a material impact for your business, your business has a material impact on the environment and communities it operates in. She also concluded that, when the right frameworks are in place, it is up to the leadership of the organisation to make sure that they are being implemented correctly throughout all the levels of business. 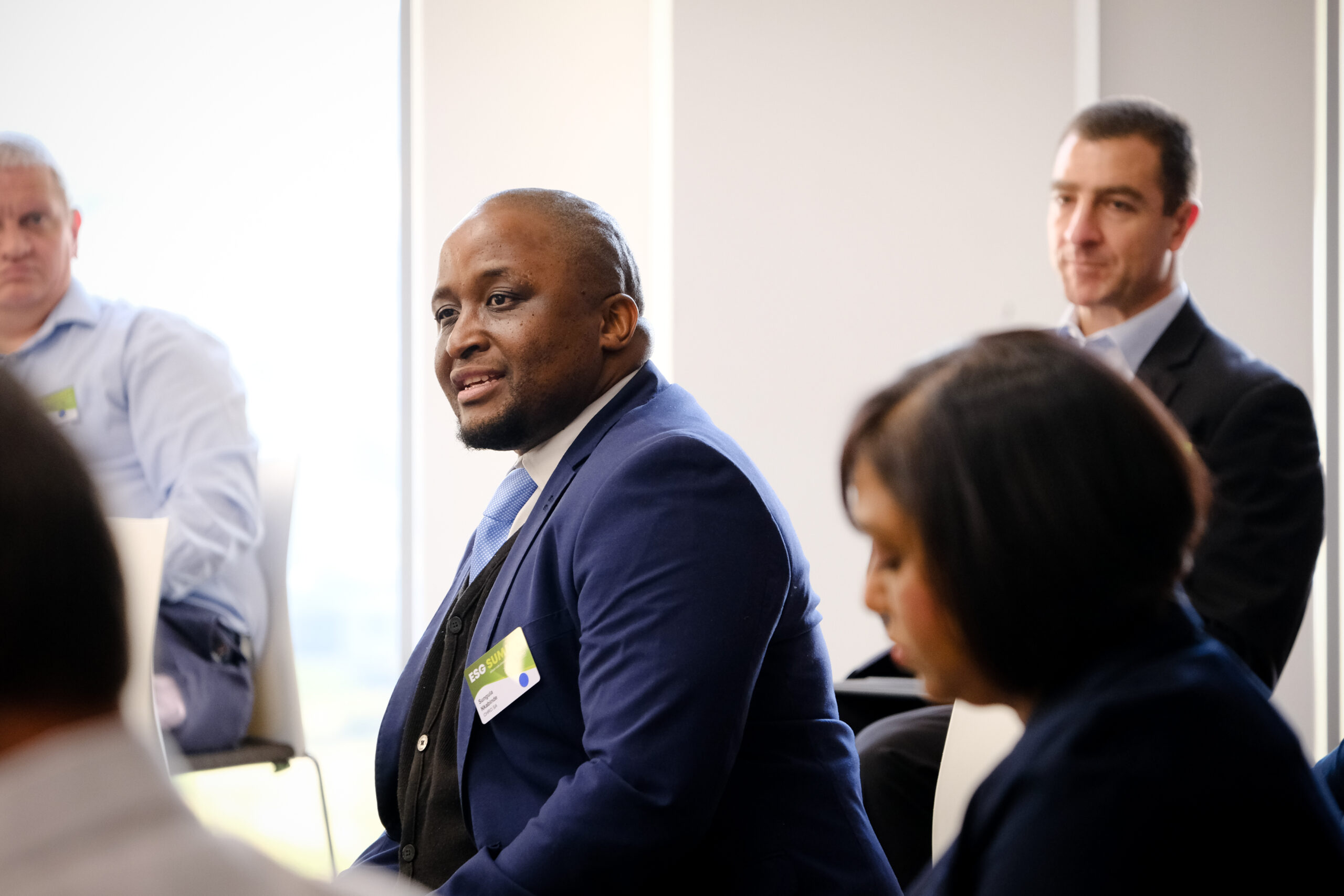 Both boards found that ESG goals need to be tied into the company purpose, and that these should then be stated in KPIs that incentivise co-operation. Should these goals not be met, especially in the case of a company in crisis, there should be a consequence management framework in place. The boards agreed that this should be measured – not just at the end of a financial year but as an ongoing exercise, so that the company’s course could be corrected in good time.

It was vital, both boards concluded, to share the findings and decisions with all staff, so that they could believe that change was coming.