Former CFO of the Year Deon Viljoen will be leaving Alexander Forbes to become the new CFO of Discovery from 1 May 2017. The much-awaited appointment at one of South Africa’s flagship financial services companies comes after outgoing CFO Richard Farber stepped down to relocate to Australia.

Deon is a passionate about the CFO role and has been a member of the panel of judges for the CFO Awards since 2016. He guided Alexander Forbes, the country's largest retirement fund administrator, through a delisting and a relisting in a period of just seven years. He considers finding "sustainable solutions that accommodate all stakeholders" as his recipe for success.

For a while, Deon was talked about as one of the people in line to succeed Edward Kieswetter as Alexander Forbes CEO, after his surprise-resignation early last year, but after acting as CEO for six months, Deon stepped back into his CFO role when financial services veteran Andrew Darfoor was appointed as executive boss in August. After Deon's departure, financial director at Alexander Forbes Group Services Bruce Bydawell will take over as acting CFO. 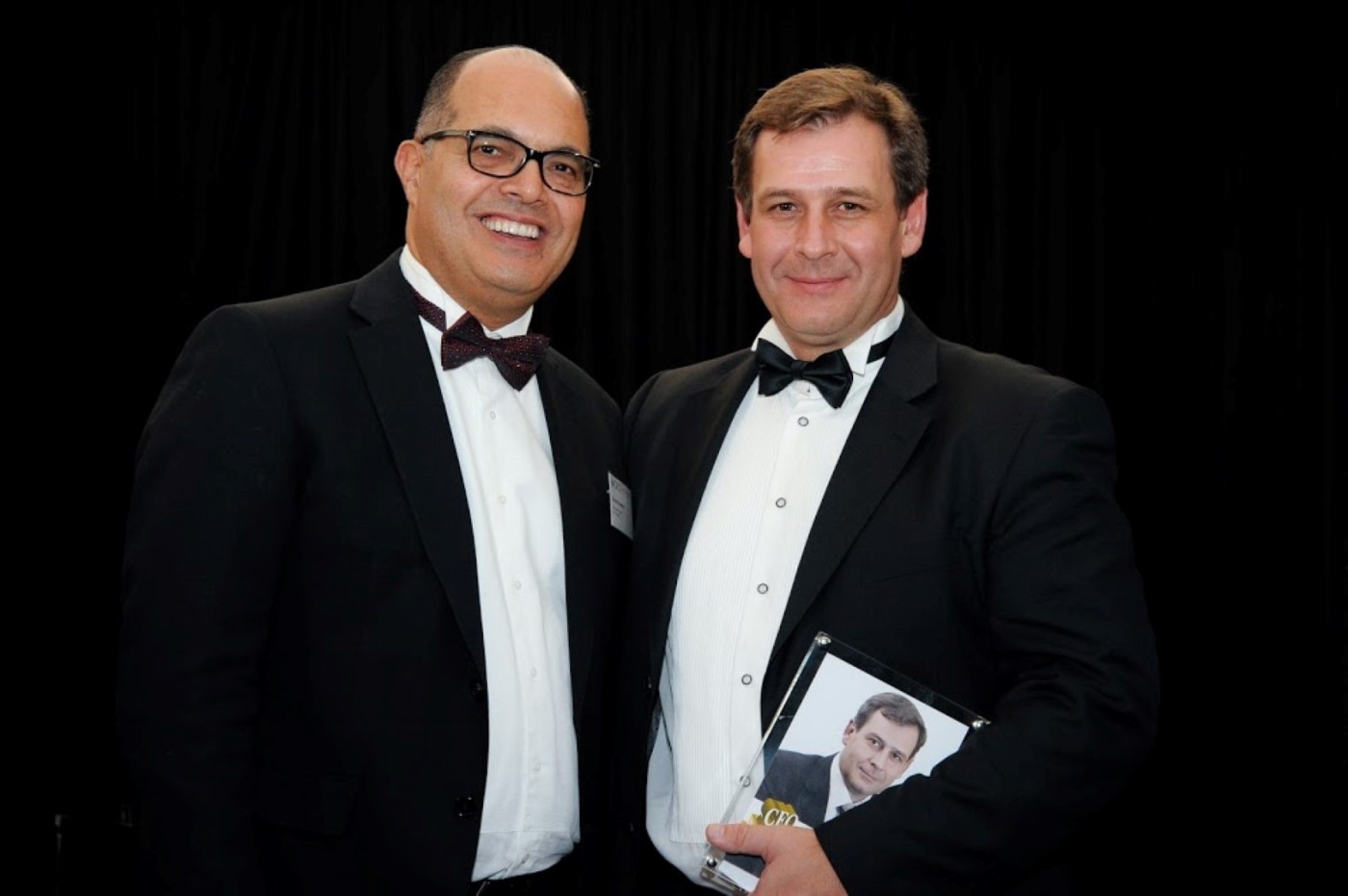 During his tenure, Deon worked with four different CEOs and also acted in the role for many months himself. Besides the delisting and listing, he also overhauled the entire structure of the business and sold one of its biggest businesses, Guardrisk, to an international buyer. He was rewarded with the prestigious CFO of the Year Award in 2015, the same year that barnstorming Discovery Health CFO Brett Tromp nabbed two awards (Young CFO of the Year Award and the High Performance Team Award).

In the photo: Deon Viljoen (on the right) with former Alexander Forbes CEO Edward Kieswetter at the 2015 CFO Awards.

Deon has worked for the Alexander Forbes Group since 2003, first as finance director of Investment Solutions and since 2007 as CFO for the group. Earlier, Deon was a partner and director at PwC Johannesburg, focusing on assurance and business advisory services. He specialised in banking and other financial services clients, both in PwC's Johannesburg and London offices.

Not shying away from broader roles, Deon also served on industry bodies such as the SAICA Banking Industry Group. For years, he also chaired SAICA's Investment Management and the Collective Investment Schemes Industry Groups. Deon studied at the Rand Afrikaans University (now University of Johannesburg) and qualified as a CA in 1987.