Amid the sparkling Sandton Skyline, the 2022 CFO and CHRO South Africa Women’s Dinner was held at the Radisson Blu Hotel in Sandton on 3 August, with the theme, “Women of Excellence, where they celebrated an ethos where women “lift as they rise”.

Attendees comprised an inspiring group of women CFOs and CHROs alongside their mentees, reflecting the idea of using one’s own success to pave the way for the next generation of women to go even further.
Bedecked in their business best and welcoming the chance to come together and network after the restrictions of the Covid-19 pandemic, attendees were welcomed by CHRO South Africa managing editor, Nomahlubi Sonjica, who expressed the privilege that came with having so many powerful women in one room.

Speaking on “Finding your Womentum”, Qhawekazi Mdikane, CMO of Momentum – one of the evening’s principal partners – spoke of the importance of ensuring that women own their strength. That strength, she said, often comes with owning one’s vulnerability. “I want to see more vulnerability in our leaders because it is a source of strength; it humanises and makes leaders accessible.” 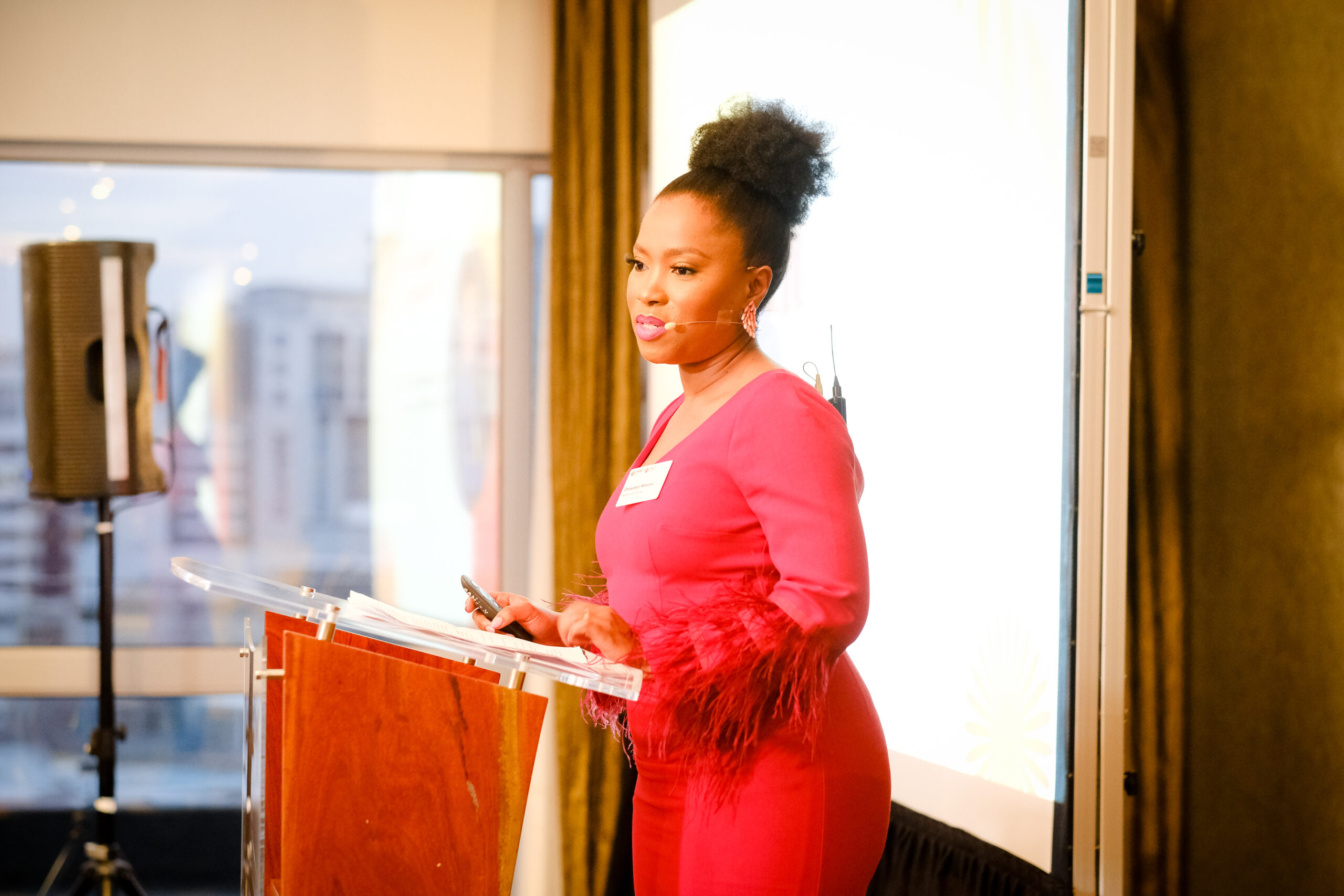 The audience was then treated to pioneering female leaders’ stories of the “firsts” they’ve achieved in the past year. Bongi Ngoma, national head of audit at the Auditor General of South Africa, said that the task of uplifting women is generational – the theme we need to be empowering women to find and reach their potential, rather than feeling threatened by their potential success. “We will raise women that are greater than us,” she said. “To me that is the pinnacle and reflection of our leadership.”

Avanthee Maharaj, Google South Africa CHRO, shared a personal story of how she learned the value of self-care. “We need to stop glamourising burnout and seeing it as a badge of honour,” she said. My biggest achievement is recognising that I matter.” Her message that, as we rise, we don’t just need to lift others, but also ourselves, was one that resonated with everyone.

Ruwayda Redfearn, recently appointed as the first female CEO of Deloitte Africa, reflected on her humble beginnings helping out in her parents’ Durban-based clothing factory, where she learned to bring a sense of purpose to all that she does.

She said while all women have a different journey in finding their unique purpose, all are worth celebrating. “We need to embrace our success in all its diversity and make it work for us all,” she said. Ruwayda added that while she’s proud of her new position, she looks forward to a time “when it is no longer remarkable to be appointed as the first female”.

In a panel discussion facilitated by CFO South Africa managing editor, Caylynne Fourie, the topic, “From support to excellence and celebration”, yielded inspiring insights. Andisa Liba, chief people officer of Floatpays, reflected on the need to be authentic in tearing down the artificial barriers that still exist in a workplace that was not created with women in mind. “How I show up in the workplace is how I show up in life,” she said. 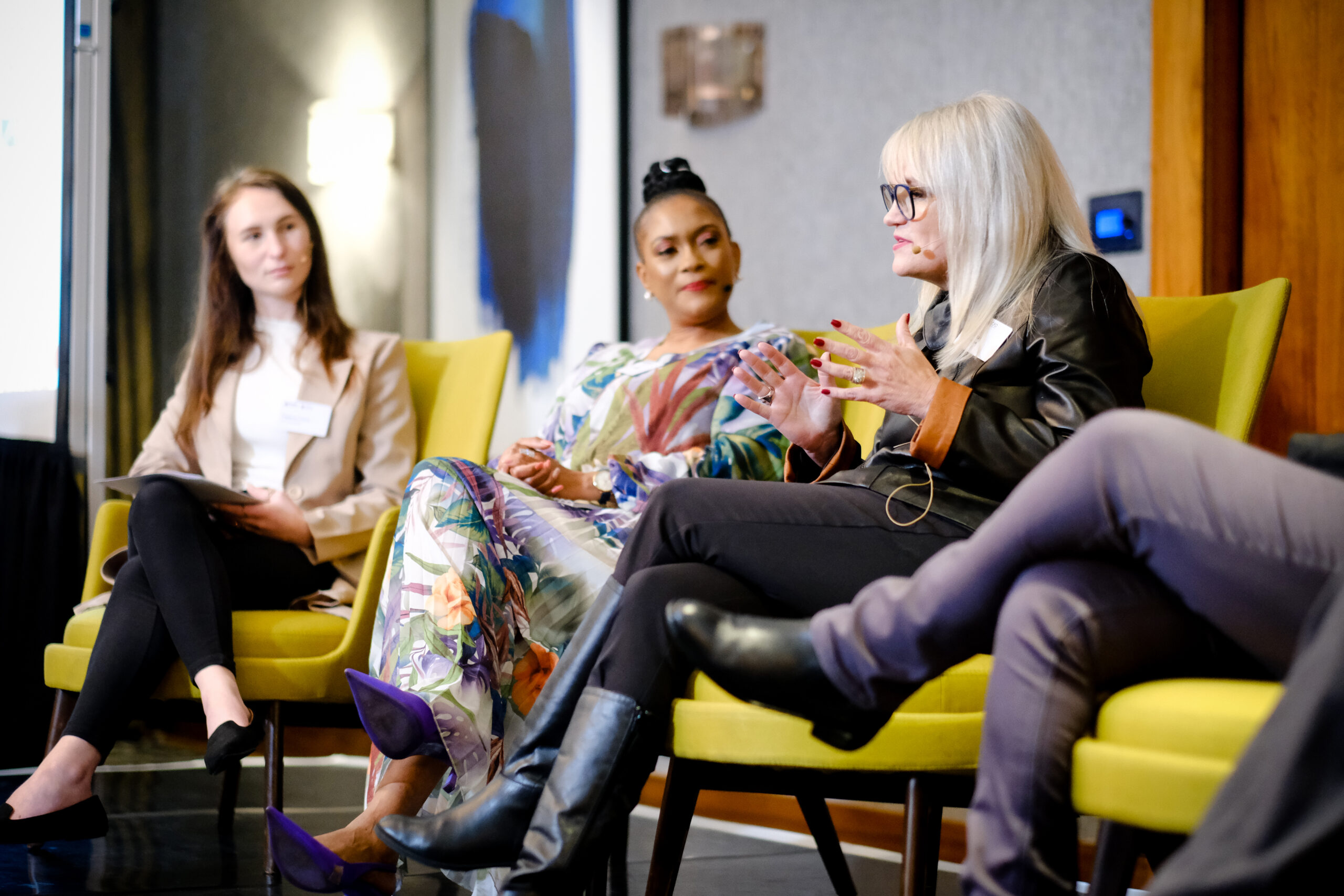 Deepa Sita, the CFO of Tiger Brands, said that while women often have to fight harder to get the recognition that they deserve, they need to back themselves – and their colleagues – more. “We don’t need to feel that we have to prove ourselves,” she said.

Elanie Kruger, CHRO of the Tsebo Group, said that taking ownership of one’s career starts with self-awareness. “Not everyone wants to be a CEO, they want to be the best they can be, and that’s enough,” she stressed. “Your opportunity will come.”

Women still struggle with the internalised feeling of inequality that many have grown up with, added Portia Mkhabela, head of ACCA Southern Africa. Yet, she emphasised the power of embracing feminine leadership skills like vulnerability in overcoming such feelings and empowering other women. “It’s important for women to share their honest stories and real experiences to inspire women who are not in their position.”

Facilitating another thought-provoking discussion on women celebrating one another, leadership coach Inge Walters encouraged attendees to consider their “biological advantages” – innate strengths that they often don’t even know they have. 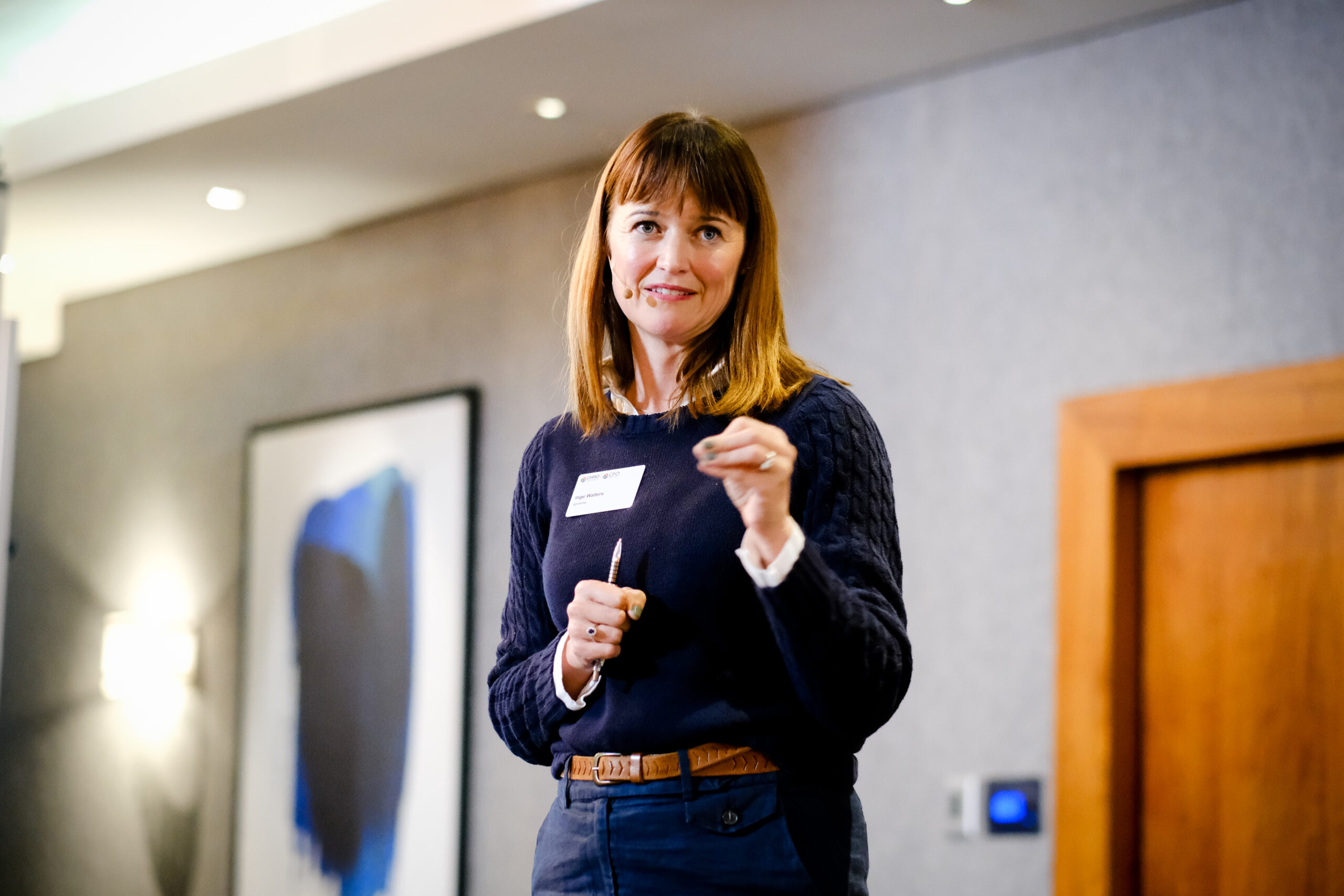 “On average, women are far less likely to speak about their achievements,” she said. “Yet it’s easier when they do it with a sense of authenticity, speaking rather about their learnings and what they’re excited about exploring. We can help one another to do this.” Attendees did just that through a enriching collaborative exercise that ended the evening’s proceedings. 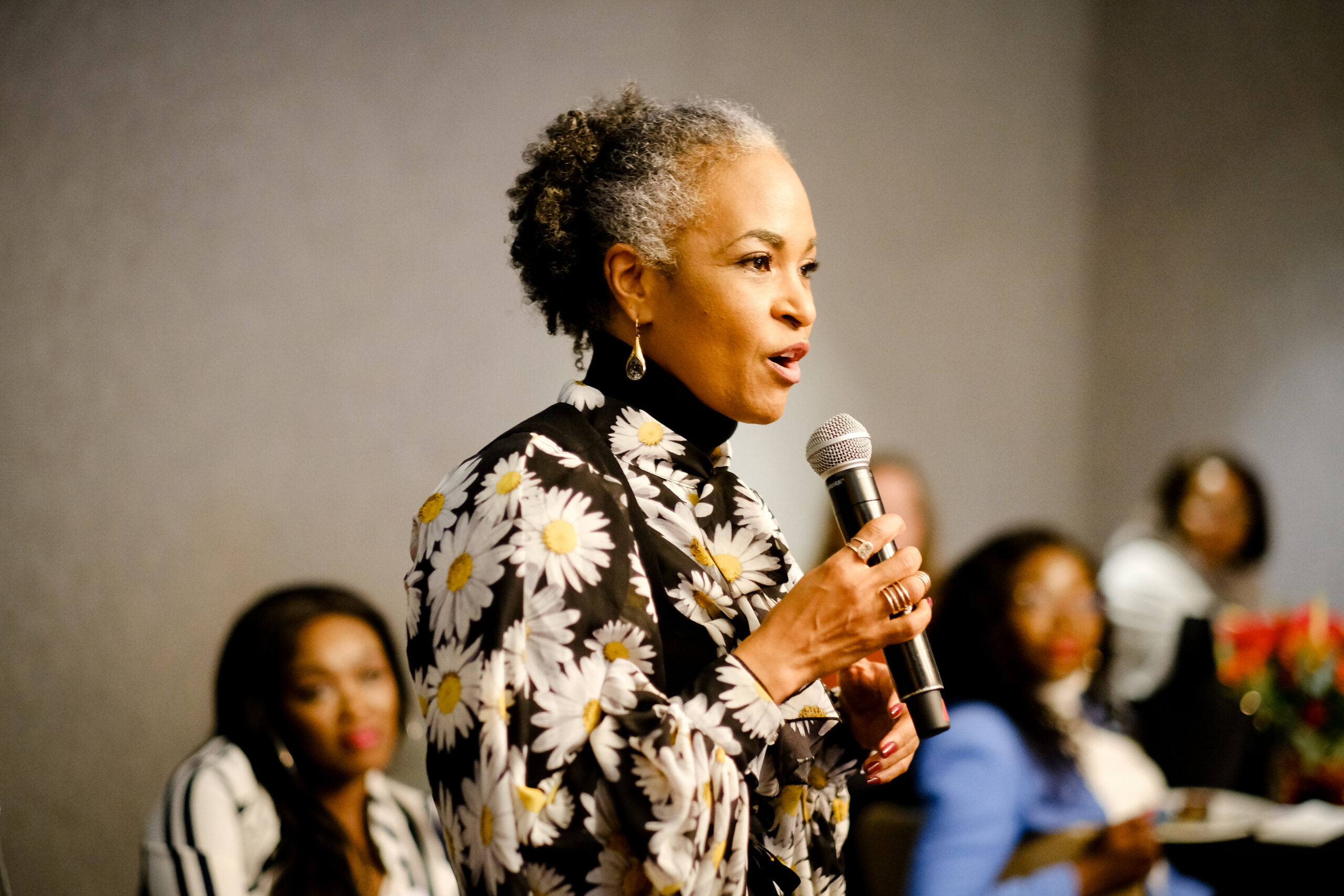 Reflecting on what she learnt through this process and the event as a whole, one attendee said: “When Qhawekazi from Momentum said that we need to get rid of the ‘imposter syndrome’ in the workplace it really resonated with me. I had said earlier that I feel like I don’t belong with the powerful women coming to this event, so when she said that, it struck me that she’s in her position and still feeling like that, which means I’m not the only one. I wish each and every one of us can take what we’ve learnt tonight into our spaces wherever we are going and pull each other up. I’m so inspired.” 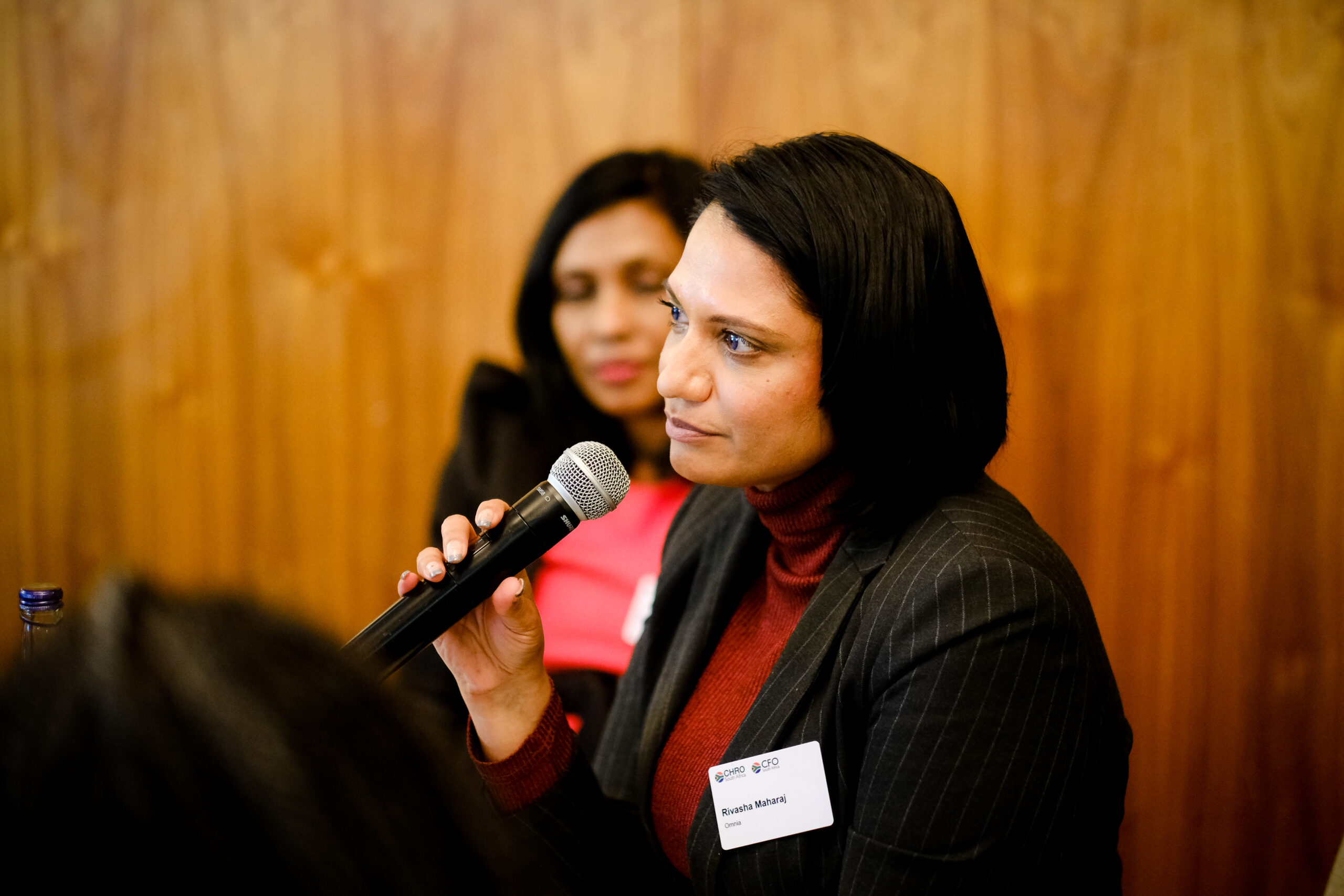 The evening was made possible by principal partners ACCA and Momentum Corporate, executive partners Sanlam, ServiceNow and Mercer, and associate partners GIBS and SoluGrowth.