Discovery Vitality CFO Senele Mbatha grew up in the township of Osizweni and finished his matric at Madadeni, just outside of Newcastle. He describes himself as a free-range, proper township boy. Senele, who qualified as a CA (SA) in 2007, always dreamt of giving back to his home community. “Where I come from is semi-rural. There was no library and no career guidance. All I knew is that I wanted to work for a bank. Education changed my life. I want to provide the same opportunities for other children. There are lots of bright kids who just need a chance,” he says.

Life in Osizweni is tough. Many parents work in textile factories in Newcastle and leave home at 5am only to return in the evening at 7. Often children live with their grandparents while their parents seek a living in Johannesburg. It is not uncommon for children to grow up without a father figure. Many young children spend their days unattended – leaving them vulnerable to abuse. “Times have changed. There are incidences of alcohol, substance abuse and child trafficking in the community. It's just not safe for children to be unsupervised,” says Senele. 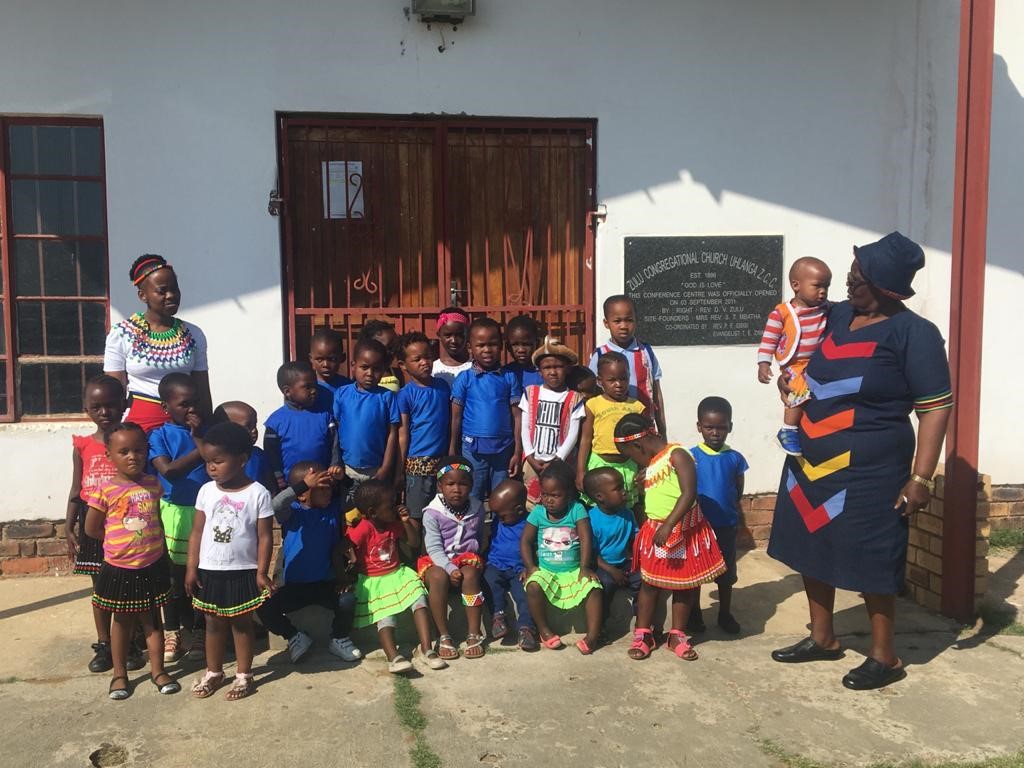 The importance of hope
In 2013 Senele’s mother Thobina Mbatha, still a ‘young’ and active 65-year-old, had the idea of opening a care centre for young children ranging from six months old to six years old. These are vital years for children’s development and form the basis of intelligence, personality, social behaviour and capacity to learn and nurture oneself as an adult. By the age of five, almost 90 percent of a child’s brain will be developed. Despite the importance of early learning, in South Africa 80 percent of children from the ages of three to six are not in accredited early childhood development schools.

The centre, to be named Thembalethu, which means ‘our hope’ in Zulu would provide a safe, warm and stimulating environment for children. They would learn the foundations of reading and writing taught by qualified teachers. They would also benefit from two decent meals served during the day.

To get the centre up and going, Senele’s mother called on him and his siblings to assist with raising the sponsorship to build the centre and kit it out. As the funding materialised, the Thembalethu vision came to life. After first operating from a church, the centre opened its doors in 2013 and in 2016 it was registered as a non-profit.

Today the centre employs three teachers, kitchen staff and a gardener. Thobina is also active in the day-to-day operations of the centre. Parents contribute R60 per child each month, which pays for the teachers, although the government has promised to pay for the teachers in 2021. About 70 children are enrolled at the centre. The NPO is embedded in the community with most of the trustees being parents.

While the centre has not been fully open during the Covid-19 pandemic, the kitchen was still operational during the hard lockdown to ensure that the children had access to daily meals. “Food inflation in recent months has been a real concern. Thembalethu was an important lifeline for these children – for many this was the only food that they would eat in a day,” says Senele.

His regular involvement with the centre includes doing the monthly management accounts, providing advice on how to spend the centre’s money and providing ongoing financial sponsorship from his salary. Whenever he can get away, he spends a weekend with his mother to check in on how she is doing. “Going home is always emotional for me. Lots of students come back to visit the centre and express gratitude for the positive contribution it has made in their lives,” says Senele. 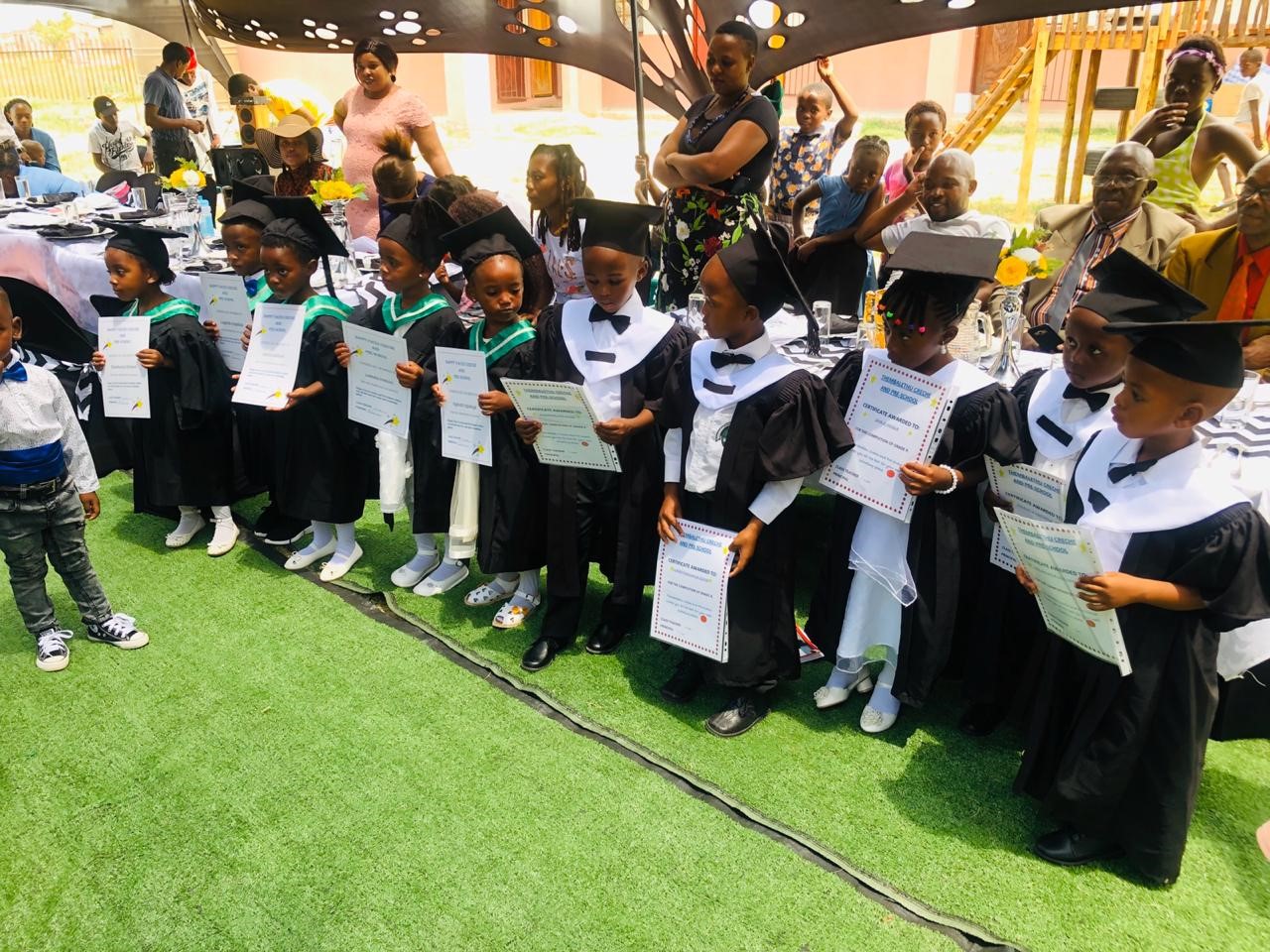 Raring to go with reading
According to The Progress in International Reading Literacy Study, an international comparative reading assessment, eight out of every 10 children in South Africa cannot read at a comparable level to others their age. South Africa placed last out of the 50 countries surveyed. Early childhood is the ideal time to develop the basic skills for reading fluency, and the degree to which children acquire language skills and become motivated, habitual readers is a strong predictor of future academic success.

Senele plans to build up a library for the centre’s children. His colleagues at Discovery Vitality and others in his network have already supported this cause by donating books. “I want the children to have access to books. They must take the books home and enjoy them. There is a John Rohn quote that says, “Reading is essential for those who seek to rise above the ordinary,” says Senele.

For Senele, going back to his roots is a humbling experience. “When I grew up, I never really realised we were poor. There was always someone worse off than we were. It's not unusual for someone to borrow R10 to buy bread. Can you imagine not affording bread at R10? My success story is thanks to hard work, a lot of luck, many people in my community who believed in me and a lot of grace.”

Sanele’s achievements show that he clearly has a lot of ambition and focuses on moving forward. But his support of the children’s centre shows that he’s not afraid to look back at where he came from, and do his best for the next generation of the community that supported him.