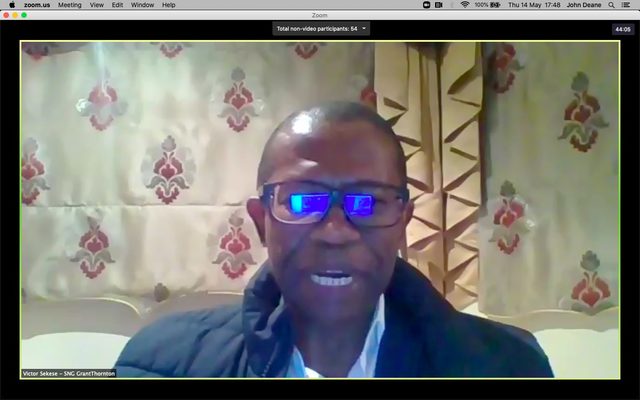 “There is a very diverse team of 16 judges from different backgrounds which makes the work exciting because each of us brings a different perspective,” he said. “I have also benefited and learned greatly from the experience.”

Victor said that he was encouraged by the calibre of candidates, which has been of an excellent standard, year in and year out. “In our country, we have a depth of talent and good quality leadership to take corporate South Africa forward. When we speak to the candidates, each of them is personally committed to the development of talent. This gives a good pipeline of future leaders to take over.”

He explained that the panel of judges is in the middle of the judging process. “We’ve been given this very hefty document called the Judges’ Dossier, which we need to go through.”

They plan to finish the judging process in early June. And then, said Victor, “We look forward to being with you in November, virtually or otherwise.”

After Victor spoke, Claire divulged what business can learn from nature in these tough times. “We need to think way more than outside the box,” she said. “We need to really think outside.”

She started by explaining that biomimicry is when business learns from and imitates nature and that this is typically applied to designing buildings and products. “But there is potential for it in business and organisations too.”

According to Claire, managing a business is different in times of chaos and change. “We need to move away from thinking of organisations as machines and more towards understanding them as organisms.”

Experts in biomimicry have studied the ability of organisms to self-organise in complex situations, like swarms of bees and birds. “They self-organise without a hierarchical manager telling them what to do,” Claire said.

Using ants as an example, she explained the principles that enable these animals to self-organise, starting with how they communicate. “When they go looking for food, ants leave a pheromone trail for other ants to follow. As other ants follow the trail, they reinforce the pheromones with their own, making the trail stronger. Eventually, the shortest trail to the food is the strongest.”

The study of using ants to optimise business is called ant colony optimisation.

After Claire’s presentation concluded, the CFOs separated out into breakout rooms to discuss what they had learnt and how they had been exhibiting agility in their own businesses since lockdown. After sharing the best and the worst of their experiences, they returned to the main room for the evening’s entertainment.

Starting his summary of the evening like “every Zoom meeting”, Nik Rabinowitz yelled “can you hear me?” into the camera. 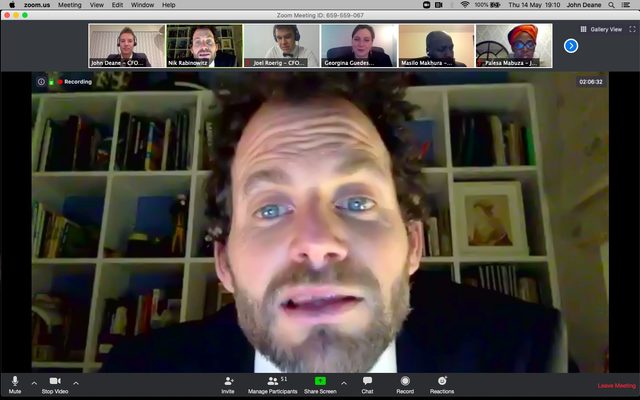 “What I understand is that it seems CFOs come together every week on this forum to tell each other to unmute themselves,” he said.

He referred to the 2019 CFO Awards theme “adapt or die” and said, this year, it is “adapt or die, but for real this time”.

After making fun of Victor’s curtains, which look like a “zoom background from Romania”, Nik discussed some of the conversations in the breakout rooms earlier in the evening.

One of the things that caught his attention was that the older people in the rooms said that it was difficult to form relationships on Zoom. “In order to make eye contact with someone, you have to look directly into the camera.”

In another room, someone had asked “How do you adapt in a jungle when you’ve grown up in a zoo?”, Nik said that we forget that we are incredibly resilient and that we’ve evolved for many years.

He then picked on some of the nominees that were attending, asking Flight Centre Travel Group CFO of MEA Euan McNeil “When can we fly again?” and Telkom CFO Tsholofelo Molefe to help with a landline he’s been trying to cancel for some time.

Nik concluded the evening saying that people should be inspired by those who have survived much worse, “like Nelson Mandela, who was locked up for about 20 years – although he wasn’t locked up with his wife and kids.”