“By show of hands, how many people in the room have begun a digital transformation project in the last 12 months?” CFO South Africa MD Graham Fehrsen asked the crowd during his welcoming at the first Johannesburg breakfast event hosted by CFO South Africa on 15 September 2016. Virtually every attendant raised their hands. “So everybody is here to discover why it is not working or how to improve the ROI,” he joked to appreciative chuckles.

Despite the genteel setting of the Inanda Country Club, Graham warned participants that he would be trying to make them uncomfortable, "as digital transformation is uncomfortable", pushing them to identify their own challenges, opening up to their peers in the room rather than merely watching passively, and reporting back to the collective. This set the tone for robust discussion - both from speakers and panel members, and from an engaged audience. 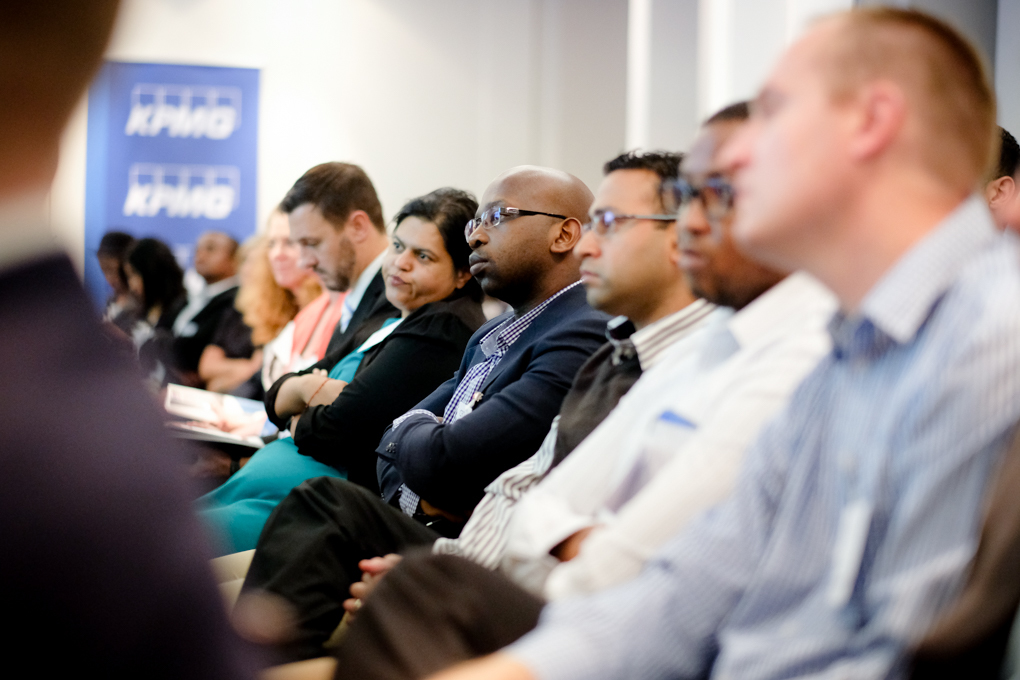 Rethinking IT as technology tools for strategy

The first focus of the morning was exploring the key elements for the effective preparation for digital transformation. "This sounds somewhat counterintuitive," said Graham, "given that digital transformation is ongoing. It never has a beginning or logical conclusion. By the time you start, the technology has moved on and your business has changed. So getting your board and your team into the right frame of mind is absolutely critical." Sarah George, an ERP & EPM Business Development and Product Strategy leader from Oracle South Africa, was the first keynote speaker. Sarah began her speech asking if the companies represented in the room had the right data in the first place, and secondly if they were using it to unlock value. She introduced the idea of "disrupt or be disrupted" to the event, highlighting the impact that "nimble players" like Airbnb and Uber where having in their respective industries.

Sarah's answer for these challenges, and the risk they pose to business, lies in exploiting the power of existing tools, rather than reinventing the wheel. Oracle were on the "on-premise journey" for years, she admits, but now that is unsustainable. The rate of change in technology means that on-premise is a dead end. "As soon as you start customising, you are creating a monster that you can't change," she said. Instead applications, social media, data analysis and cloud-computing are the source of new solutions. According to Sarah, millennials are forcing through these changes, and ushering in the age of the gig economy and the virtual business model. 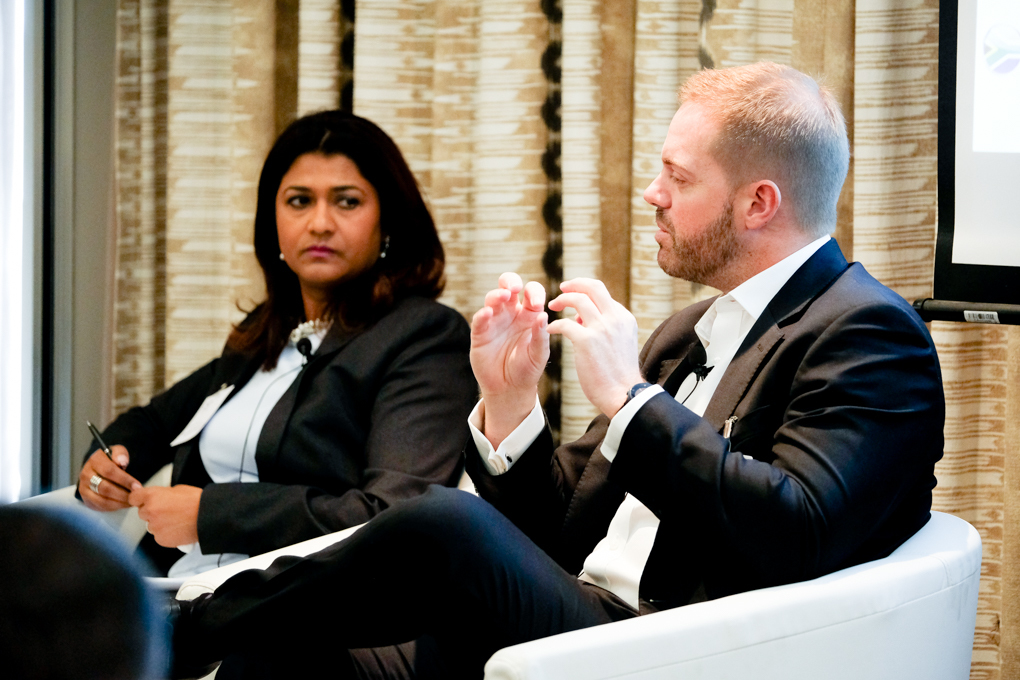 And the role of CFOs in this? Sarah argued that they need to become "stewards, catalysts and leaders" for change in their organisations. To do so, CFOs must invest time and capital in adding value, and recognising the worth of their intangible assets, she urged. Whether the adoption happens all at once or incrementally, it must happen. "Take the journey and take it quicker, or you will be irrelevant tomorrow," she said.

This was a sentiment echoed strongly by the panellists, CFOs Christine Ramon from AngloGold Ashanti and Wayne Koonin from Omnia, as well as Brendon Wilson, the Director head of data, risk and finance technology at Standard Bank. Both Christine and Wayne described having to lead dramatic change in their organisation's approach to technology, the least of which was shifting IT to report into the CFO portfolio. "Often when we have big challenges in organisations, I think this is typically put under the CFO [responsibility]," explained Christine.

It does require profound shifts in thinking, Wayne argued:

"The first challenge for us was in the board not seeing IT as being a core part of the business. I asked the board what our strategy was for the next 20 to 25 years, and if we can see ourselves being irrelevant in future simply because we are on the wrong path. It's no longer about selling product, but rather data and knowledge." "If you want to stay relevant, you have to change your whole philosophy and approach towards IT," said Wayne. "Because of the rate of change, your platform is a legacy before it is even started. So, we need to change the culture and mind-set first, by asking what the business strategy is, and how do we use IT to make that happen?"

"It's important to remember that 'agile' is not just about IT," said Brendon, underscoring Wayne's earlier point. "This doesn't work if you don't have strong business leadership."

"It's Spring, so let's start with fresh thoughts and energy in how we look at digital transformation," said second keynote speaker, Akash Singh from KPMG. "How can you, as the CFO, really be transformed digitally" he asked. "Not by implementing a solution, but by changing your way of thinking."

Akash presented a solid case for CFOs driving this reimagining. In rearranging our businesses to be less operational and more insight-capable, he argued, we need to create space for leaders and staff to think big; for all teams to access the necessary data; to automate the accounting functions so we can spend more meaningful time on analysis; and to bring new ways of thinking into our workplaces. These include solid global awareness, and 'swarm intelligence' that replies on the power of the collective. Said Akash: 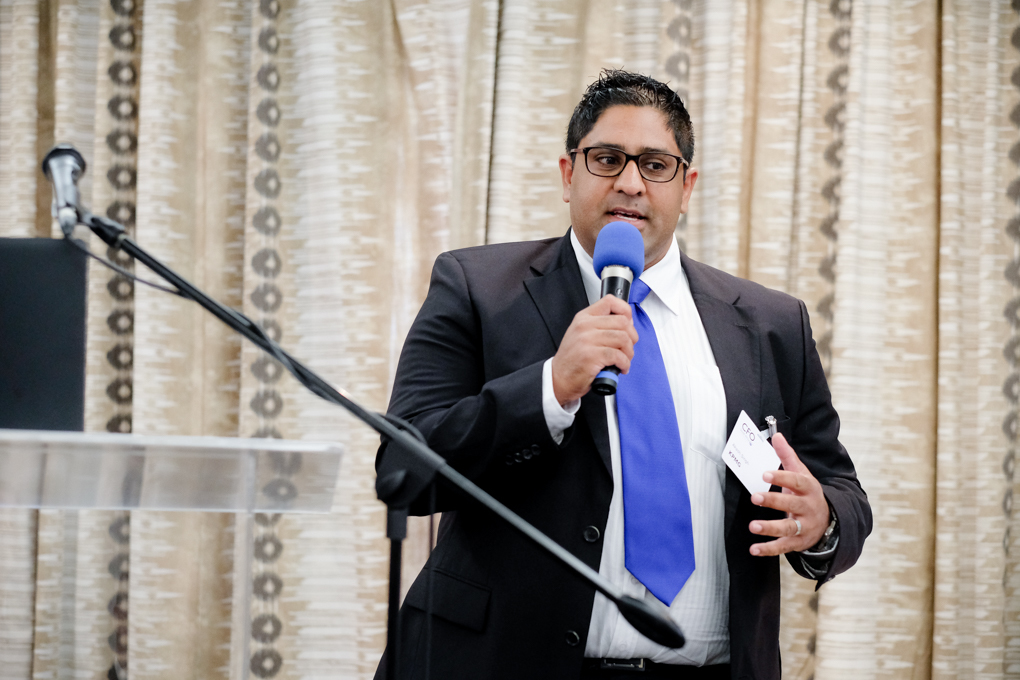 This segued neatly into the topic for the second panel discussion - "the new talent for finance won't be finance". Here our panellists discussed their own successes and challenges in diversifying the teams and skills in their respective organisations - both at a graduate level and in executive recruitment. This entails both making space for juniors to be creative and to influence senior decision making, and, as Brendon described by way of example, finding senior leadership staff who can navigate both finance and technology fundamentals equally well.

"That is the message I am hearing today", said Graham in summation, "whether you are developing talent, bringing new young people to the senior level, or changing thinking, you have to hold both of these centres."