“I am never jealous of CFOs in the private sector, but I am just happy that they are there so I can follow them and learn from what they are doing right”, says Dalu Majeke, CFO at the National Treasury.

Majeke is a pleasant and calm individual who shies away from making sweeping statements. He seems to be in control of what he is doing - exactly the kind of person the National Treasury would want for a CFO. In an interview with CFO South Africa, Majeke shares some of his views on what it takes to be a successful CFO.

"I love South Africa. I love contributing to service delivery. That is why I am still in this job," Majeke explains when asked about his outstanding CV that sets him up for lucrative positions in the private sector. "Yes, I could easily have allowed myself to be poached. But for now I am happy doing what I am doing".

Majeke has been leading the division of about 70 people since 2009 in a department of about 1,285. Change management has been one of his successes.

"Communication with staff was poor and morale was low. So we had to be innovative because paying people more money would not have helped the situation. We did training and conducted workshops. We focused on career development and job rotation while instilling a corporate culture where keeping to deadlines and integrity is valued, emphasizing that it doesn't pay to cook reports".

Majeke feels that his approach has paid off. "We no longer have to force people to comply with regulations; they all want to add value to their jobs and to the country".

The division now works seamlessly and he has eliminated the silos-mentality. "Any person can do any task and they know what other people are doing. We now have better co-ordination and integration through all the units. People enjoy coming to work. That is quite different from the situation a few years ago".

This success did not come without challenges though. Majeke has been working under enormous and relentless pressure. He took over as CFO shortly after the elections in a year in which South Africa was going through a recession. Working in the National Treasury meant that his unit had to lead by example with prudent financial management.

"The National Treasury is responsible for managing public finances so we as the department have to lead from the front. We have to be much more prudent and accountable than other government departments. We have to be the role model of government. That is why we're continuously busy building better governance. We benchmark ourselves against the private sector and we look at Treasury departments internationally too".

Majeke believes that while much is made of what public sector leaders can learn from their private sector counterparts, it also works the other way around. "Having passion and resilience, even during tough times, are qualities I really admire in CFOs. Those are things a leader can really develop in the public sector," says Majeke. 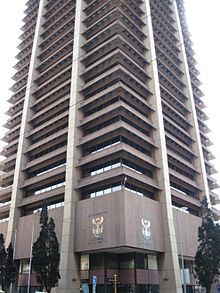 Majeke has been with the Treasury since 2005. "It is a high pressure and an intellectually challenging environment. You always have to make sure you get the facts and the data right because you deal with policy makers and politicians. Sometimes a decision that could have taken minutes, takes half a day because it's a consultative environment".

Although Majeke mentioned passion and resilience as characteristics that can be honed and tested in the public sector, he is always keen to learn from the private sector.

"There is the issue of efficiency. Businesses are looking at the bottom line, which is not something we're looking at as a government department. We have to figure out a way to create those same efficiencies, without looking at that bottom line. I especially admire CFOs who are driving change and investing in infrastructure for growth and enabling capacity for pipeline development. If you are able to pull that off successfully, then you really contribute to the country".