In finance, as in all games, respecting rules and having good players are the key to winning. That is Dario Drago’s take on his role as CFO at Novartis South Africa. The Italian moved to the Johannesburg offices of the pharmaceutical firm in March 2013 and has identified compliance and building capabilities as his main tasks.

"There are many challenges, but it is important to be focused and these are the biggest two," Drago says. First of all is process controls and compliance. "Our industry is extremely regulated and internal controls are even stricter than the external ones. This is our license to operate," he says.

Previously, Drago worked in Italy, Switzerland and France. His role at Novartis South Africa is his first long-term position outside Europe; he has noticed that grooming talent is extremely important. "My second key to success is the team. You need the right people and you need to empower them. You have to find people who are not only talented, but also motivated."

Drago says he spent most of his time looking for talents and coaching his team after he arrived in Johannesburg last year, as compromising on quality was not an option. "It took some time, but now we have a high performing team, with very positive energy."

Asked what attributes young finance talents should have, Drago mentions curiosity and communication skills. He also appreciates humility and creativity. "Acquiring these soft skills is very important, because there are thousands of people that are qualified." People that are curious have more chances of being successful, says Drago. "You can work around the clock, but only produce numbers like a computer-that is not what I mean. I like people that know what they are talking about; people that question everything and, above all, can connect the dots to get the bigger picture."

"Communication is a second 'soft skill' that can aid a career immensely," says Drago. "You have to be able to communicate effectively with your organization. Sometimes even extremely competent and skilled people can't get their message across, as a valuable business partner, in a constructive way."

Drago calls South Africa an "emerging market with well-established institutions, business schools and financial systems." He says it's very exciting working here, coming from Europe. "The mindset is different, it is definitely more entrepreneurial. In South Africa, CFOs and finance team overall can really play as business partners to support the organization growing and developing." 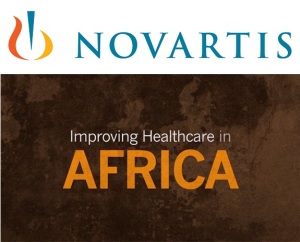 Another exciting aspect of his job is the remarkable growth that Novartis is showing lately. "We are well established and have been in South Africa for a long time," says Drago. "It has been a good journey. We have a clear growth strategy in South Africa and lots of investments have been made to broaden the operation locally to support South Africa and the rest of the continent."

Novartis Group employs approximately 400 people in South Africa and Drago is proud to work for a company that has as its mission to improve people's lives. "We're trying to do something good for people. We care for people's lives. Over a billion people around the world benefit from our drugs and vaccines." What he likes about his employer, Drago says, is the focus on the future as the key to being successful in making a difference for patients around the world, reflected by the amount of investments in research. "In 2012, we were the second worldwide R&D spender . Overall, we are 'the most admired pharmaceutical company', according to Fortune Magazine in 2013."