Denel CFO Fikile Mhlontlo has been instrumental in cost cutting, efficiency drives and improving financial ratios. Together with the other executives he has changed the state-owned aerospace and defence technology conglomerate from a loss-making public enterprise into a successful, profit-making company with an increasingly international focus. Denel’s international image is now superior, says Mhlontlo. “The strategy of decentralisation and partnering has worked wonders.”

Over the last few years Mhlontlo has ran numerous projects that he is proud of, including producing a top notch annual report and implementing SAP; improving the quality of information leading to better supply chain management and a more focused transformation drive. Mhlontlo was recently rewarded with a nomination for the 2015 CFO Awards.

In an exclusive interview with CFO South Africa, Mhlontlo reflects on his role at Denel's rise and the challenges of a state-owned company. "Strong relationships are key, whether those are with banks, government departments, action groups or Denel's own employees."

Which improvements have you seen since you joined Denel in 2008?
"When I joined Denel, it was at a cross roads. It had been bailed out by government and the message was that no more bailouts would happen. We never made real money and never made a profit other than once in 2001. Expenses were quite high and sales were quite low. We had to take out costs and overhaul areas like our business development model. In optimising cost, salaries were important. We have a salary and wages bill of R1.7 billion. We needed to reduce spend and improve ratios."

"In the past, if part of Denel had a client in Brazil for missiles that would not lead to engagements about other products that are produced within Denel like aircrafts. We have broadened the business and now behave as an integrated company. We held discussions with banks, ministers and other key stakeholders regarding the strategic vision. We have gone beyond this major cross road."

"Before I joined, there was a failed attempt to centralise decision-making, but now decentralisation is at the forefront. We have entered into equity partnerships with selected overseas companies and are partners with them as we are running some of the companies. Now, 50 percent of our business is local and the rest international. Local business won't be able to sustain the industry by itself. The strategy of decentralisation and partnering has worked wonders. Our international image is superior. We are 1 of the 4 main missile producers in the world. Recently one of our JVs won a significant amount of work in the UAE."

Do you have a say in Denel's strategy?
"Yes, I am very much involved. I work with other executives in developing strategic themes. The Group CEO and I often work closely together, which is necessary for strategic alignment from both the operational and financial performance perspectives. We have a very strong relationship as would be expected of any CFO."

What external factors are impacting your financial performance?
"Our Rooivalk attack helicopter participated in a United Nations peacekeeping mission in the DRC. It was deployed in an area where rebels were causing problems. The mission was successful and the rebels surrendered. The moment that happened, the interest in the Rooivalk skyrocketed and we are starting to consider phase 2 of the program."

"Our main markets are South America, the Middle East, the Far East and Africa. In Africa we have R500 million turnover, but the continent only has 2 to 4 percent of the global defense budget. We are also highly unlikely to sell to a country that has no bilateral relationship with South Africa."

How did you manage to improve Denel's financial management?
"We are coming from far at Denel, because before the end of the cold war we had a captive market and money was not an issue. In the late 1990s we found ourselves paying penalties for projects running late, costs were slipping and we were expensive. In recent years, we have worked very strongly on addressing that, changing the way we handle approvals and bringing customers on board to reflect jointly on project progress. We have ensured that costs are contained better in projects themselves, but we have also looked at questions like 'how many HR people do we really need' and 'what are the ratios we want to achieve'."

"We are striving for an inclusive environment and are using appointments to address the current imbalances, going towards 80 percent black and 20 percent non-black."

"Going to the next phase, being cost conscious is a positive but also a negative. It can make us uncompetitive when my Finance team just looks at costs as the only basis to arrive at a bid price. We sometimes need to look differently at pricing as accountants. Is a potential project in a strategic market? Is there a phase 2 where we could make more money?"

What role do regulations play at a SOC like Denel?
"We are highly regulated. There are approval steps around each opportunity in the market. If we need to sell to a country, we need to apply to the National Conventional Arms Control Committee (NCACC) that works hand in hand with the Department of International Relations. Opportunities take forever to mature in the industry. And then you have to apply for a marketing permit, then production permit and then for an export permit. To keep up to date, we keep close relationships with the regulators. Safety and health are also huge issues. We deal with storage of ammunition, for example. In total there are 13 different laws that are core, which we need to adhere to. We frequently get relevant experts to give talks on those laws."

Quality of information is key for a state-owned company (SOC) - how did you beef this up?
"Through our annual report and SAP implementation, I think. We have moved into SAP consolidation, which is also overlaying the legacy IT systems that some divisions use. It has helped us a great deal with the quality of information regarding things like supply chain and transformation. We are striving for an inclusive environment and are using appointments to address the current imbalances, going towards 80 percent black and 20 percent non-black. That is easier to accomplish with the right information systems."

"We are now fairly transparent, but cognisant of the industry we are in. We might not mention specific countries that we deal with in our reporting, but we always try to present a picture that is both positive and realistic of what Denel is about. Some stakeholders are asking if we have to be this transparent. " 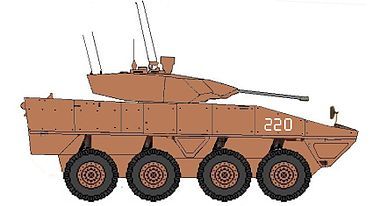 Another requirement from the Public Finance Management Act is eliminating and preventing waste. How did Denel approach this?
"Getting rid of the penalties and excessive costs are some of the initiatives that have helped. In the past, we have lost money by going into programs without thinking them through. Over time this became an issue in some of our divisions in the past. Few employees were claiming a lot of overtime and the underlying internal controls were not good. Examples were instances where some of the employees appeared to go on leave from Monday to Wednesday and then work during some of the weekends. That is just one example of waste that we have addressed."

There are many stakeholders with opinions about what Denel should be doing. How do you deal with that?
"That is a fundamental one and a tough one to balance. Denel's mandate includes posting profits, but some people within our stakeholder community have different views bordering on preferring a break even, because we are state-owned. Our focus is on getting more external business, which means we can price products sensitively and differently internally. Compared to the private sector, we don't get various government incentives to support certain business initiatives. The concern is potential double dipping. We manage these complicated dynamics very actively."

"Owing to the size of our orders we don't enter into any without a financial institution backing us. I know the most senior executives at Investec, Nedbank, RMB, Standard Bank and Absa because it is necessary for our business to have good relationships with them. I nurture relations, sometimes through playing golf and actually work on having strong mutually beneficial relationships. One also needs good relationships with employees, not necessarily with individuals but with the collective. Together with the Group CEO I address employees at different plants no less than two times a year. Government departments are also crucial stakeholders; it is important to balance their expectations. Treasury would be looking for financial return, while a department like DTI wants us to support the setting up of new companies and create jobs. We also engage with action groups, which are fighting to ban certain types of weapons."

How do you deal with the employment equity requirements for SOCs?
"We do not create a negative environment but deal with the subject at hand of improving Employment Equity. The average age at Denel is 46, my age. 55 percent of people are above 49, 45 percent below 42. This indicates there was a period that Denel was not making new appointments. We need the 50+ people to train the next level of leaders and innovative employees. I say repetitively: creating an inclusive environment means no threat to anyone. If someone creates an uncomfortable environment, we engage and take corrective action."

"On a project like the Hoefyster infantry vehicle every Denel job means 4 jobs outside Denel."

"Our procurement is R3.6 billion of which R600 million or so is on imports. Of the rest, 90 percent is to local BEE-recognised companies. It is also important to continue with enterprise development. We have a very high multiplier effect. On a project like the Hoefyster infantry vehicle every Denel job means 4 jobs outside Denel. We have 6,900 jobs in the group, but create another 15,000 jobs outside of it. We also have a schools outreach program that we support, a bursary program for engineers, an internship program that leads to full employment in most cases, engineering academies at divisional level and the Denel Technical Academy which has artisan and technician training programs, in line with South Africa's current skills requirements for economic growth."