Diversity in the workplace is both constitutionally mandated and fundamentally good for business. This was the message from award-winning Discovery Health CFO Brett Tromp, in a discussion moderated by Talent Africa’s Auguste Coetzer, at the Finance Indaba held at the Sandton Convention Centre on 14 October 2016.

Diversity has become a buzzword in business in South Africa since the dismantling of apartheid in the early 1990s, but over two decades later the workforce is still grappling with changing its composition – especially at senior levels in our organisations. Conversations that focus on diversity have traditionally been driven by a social consciousness and political outlook. Although that is fundamentally important and still has a place, according to both speakers, we need to recognise that diversity also makes business sense.

Brett believes that acknowledging that a diverse workforce represents who we are as a country, as people, is the first step. Next, companies need to work hard to attract and keep talented people from all races, genders, sexuality and ability identity groups. One way to change company culture and drive home the diversity message in a company’s ranks is to bring diverse groups together on special projects.

It’s a tactic Brett has employed at Discovery Health to great success. In one instance, Brett said, a project group that brought together both people from different business units and identity groups were able to provide a potential solution to a business problem that Discovery had been struggling to solve for years. “It improves creativity, customer satisfaction, credibility, and ensures that corporate culture aligns to community and stakeholder expectations,” said Brett.

Furthermore, from a people management perspective, Brett says it is important to acknowledge that exclusion is hurtful. According to him, research has shown that the brain registers exclusion in the same way as it does physical pain. “So there is a real psychological impact of being excluded. That’s why at Discovery we have take the position that it is more important to include than to have small meetings. We would rather include more people than exclude people who want to be there.” 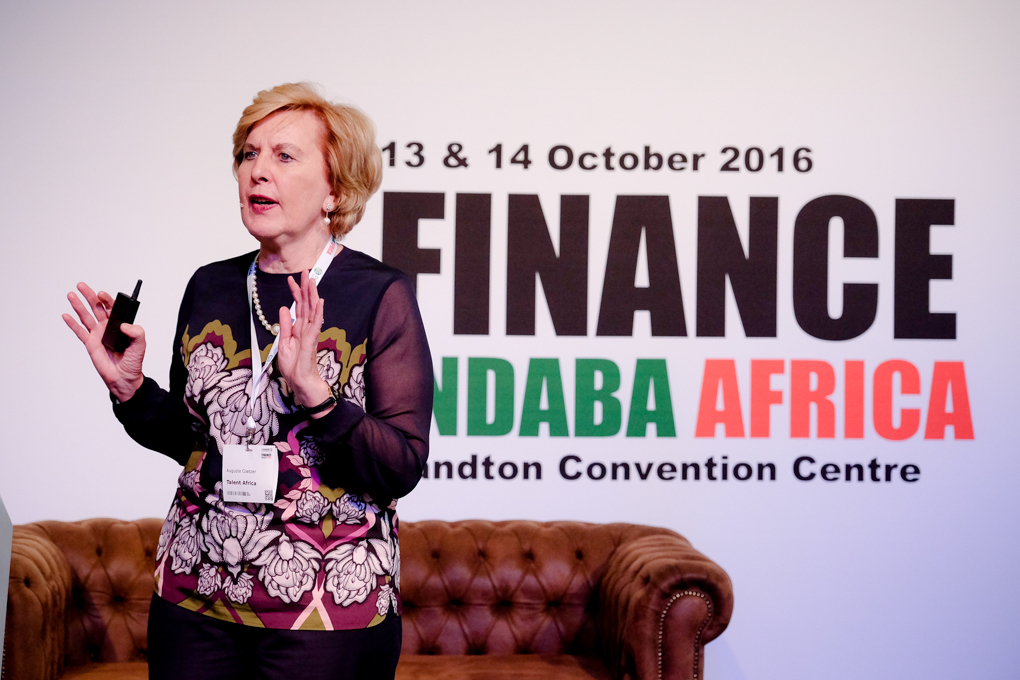 Beyond the policy changes this requires, both speakers emphasised that it is essential to change mindsets. At Discovery they brought in a consulting firm who led them through a transformational journey. This journey, he said, focused on three equally important aspects – “head, heart, and hands”. This entailed intellectually recognising the need for transformation; emotionally engaging with the experience and humanity of those other from yourself; and then digging in and going the work that is needed.

“If we are doing this purely from a regulatory or statutory purposes, signing them off so that the integrated report looks okay, is a poor approach to transformation as a CFO,” said Brett.

“My focus has always been the people. That is what important. Personally, I love working with different people. Where there are issues with personalities, we’ve got to work through them. If we get the right people in, then we have seen that the productivity of work goes up, and that talks directly to bottom line.”

Some suggestions for guiding people through these changes on a personal level include coaching and mentoring, particularly when people in positions of relative power – like white men – are mentored by people who challenge that power – such as women, or people of colour. This is part of developing emotional intelligence.