“More than in the past you have to pick your battles and prioritize.” I had to think of these wise words of Matthias Wellhausen, when I heard the ArcelorMittal CFO is leaving the country to join Swiss firm Schmolz + Bickenback, a global market leader in special steel, as CFO. Last year we spoke to Wellhausen and CFOs and finance professionals would be well-advised to reread the interview with the German.

While Wellhausen is returning to Europe, it is good to remember his positive assessment of South Africa during our interview:

"I personally think, particularly in the corporate governance area, that there is a lot to learn from the South African business world. Initiatives by the JSE and the King III report have led to state of the art finance practices, which are well-implemented. There is a lot of discipline and I find that very impressive. There is also a seriousness combined with a down-to-earth attitude. I like that hands-on, entrepreneurial approach that many South African finance managers show."

CFO South Africa congratulates Wellhausen on his two years in South Africa and wishes him all the best in Switzerland. Group Controller Gerhard Van Zyl will act as CFO from 15 March 2015, while the South African steel maker looks for a permanent replacement.

Wellhausen will of course straight into an interesting situation in Switzerland, since the country's central bank shocked financial markets last week by dropping the Swiss franc's peg to the euro. The full effect of the decision won't be known for months, but it has definitely sent shock waves through the currency trading industry and several Swiss banks have already warned that the move will dent earnings. 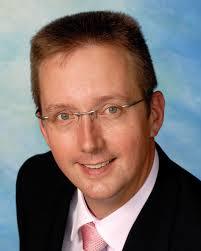 In South Africa, retailer Woolworths announced a massive 55% increase in sales over the first half of the financial year, partly thanks to the acquisition of Australian department store David Jones. That is good news for South Africa, for the company itself and for its Finance Director Reeza Isaacs, who has been nominated for this year CFO of the Year awards.

The future also looks bright for Foschini Group CFO Anthony Thunström, who only starts his new job next month. The clothing retailer is heading into Europe with the £238 million (R4.18 billion) purchase of the holding company of British retailer Phase Eight. Thunström served as a board member of our principal sponsor KPMG South Africa and Chairman of the Audit Committee. He was also pivotal in establishing the partnership between KPMG and CFO South Africa.