1. Automate Leadership, Not Leaders
Artificial intelligence: friend or foe? It depends on who you ask, really. While some people can’t wait to see what a technology-driven future will look like, others imagine there is no future — at least one with humans in it. We fear what we don’t understand. But it still needs us just as much as we need it.

2. Brexit- a road to uncertainty
There are deep paradoxes lying at the heart of the Brexit debate. Understanding and resolving those is important to anybody who wishes to predict the long-term consequences of Brexit. These paradoxes are not new, but have been part and parcel of political divisions regarding the European Union since the early 1960s.

3. How to detect and defuse a toxic workplace
There’s a reason dysfunctional workplaces are often referred to as toxic. Similar to a home with a small gas leak, an office that allows gossip, pointless meetings, favouritism, and bullying to go unacknowledged will gradually become uninhabitable. Early signs that your office is becoming toxic include an increase in absenteeism, uninspired job performance from team members, unproductive meetings, gossiping, and bullying…

4. A new look at the declining labor share of income in the United States
Labor’s share of national income—that is, the amount of GDP paid out in wages, salaries, and benefits—has been declining in developed and, to a lesser extent, emerging economies since the 1980s. This has raised concerns about slowing income growth, inequality, and loss of the consumer purchasing power that is needed to fuel demand in the economy. The decline has been much discussed and the rising power of companies vis-à-vis workers—whether from new technology, globalization, the hollowing out of labor unions, or market consolidation—has shaped much of that discussion.

5. What Mindfulness Can Do for a Team
What happens when you take a team of people from a range of backgrounds and skillsets and ask them to perform a challenging task on a tight deadline? Often, conflicts arise. Sometimes conflicts can be productive: When teams are hammering out ideas and striving to find the most effective route to a shared goal, people will often express concerns and offer differing perspectives. That process can lead to stronger outcomes as well as a sense of shared accomplishment — even if not everyone agrees. 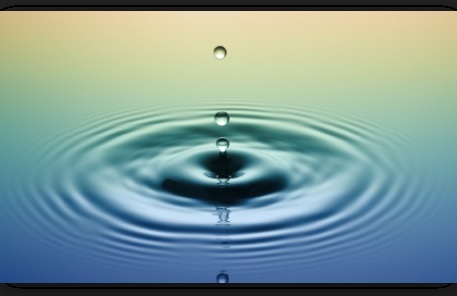 6. When Awareness of Death Improves Corporate Prosocial Behaviour
Richard, the CEO of a large manufacturing firm, was in the Philippines meeting local government leaders as part his company’s global expansion strategy when he heard the news: One of his firm’s company directors, someone he had been instrumental in bringing into the organisation, had died unexpectedly of a heart attack. The sudden loss of a colleague can quickly readjust corporate priorities.

7. A Psychology Expert Interviewed High Achievers About Success and Happiness. Here's What They Said
How much do you care about your career? The answer is probably: a lot! If you've started your own business, or plan to start one soon, you know how much focus and dedication it takes. If you're trying to make your mark within an existing organization, you know what kind of effort that takes, as well.

8. Lease Accounting Adoption Failures and Lessons Learned
Industry experts from leading accounting and consulting firms estimate the failure rate among new lease accounting compliance projects to be as high as an astonishing 25%, based on feedback from companies working on new standard adoption by the end of 2018. That means numerous organizations must now absorb the sunk costs and time investments of troubled adoptions plans in order to pivot and move forward with an improved ASC 842 and IFRS 16 transition approach.

9. Stepping out of the risk management comfort zone
As the CEO of a Colorado-based edible marijuana products manufacturer, Chuck Smith is no stranger to political risks. Despite a patchwork of legalisation among some US states, the drug is not legal on the federal level, and the threat of a raid is always present at Dixie Brands’ manufacturing facility in Denver.