A Dutch “prophet of the future", a forward-thinking Barclays boss and a group of amazing South African FinTech pioneers engaged in some intriguing discussions and short presentations during FinTech Africa’s Blockchain event in Cape Town on 25 February 2016. The gathering of around 80 FinTech professionals and enthusiasts was hosted at the marvelous Rise innovation hub of Barclays Africa at the Bandwidth Barn in Woodstock.

The program was ably moderated by FinTech Africa MD Graham Fehrsen and was preceded and followed by some great networking time, allowing the participants to chat to influential thinkers like Barclays Africa CIO Andrew Baker and the bank's dynamic Head of Open Innovation, Paul Nel, who is based at the innovation hub. They also got the chance to pick the brains of Tobie van Zyl (Better Bank), Brett Loubser (WeChat) and Lorien Gamaroff (Bankymoon), all forces to be reckoned with in South Africa's innovation and FinTech scene. 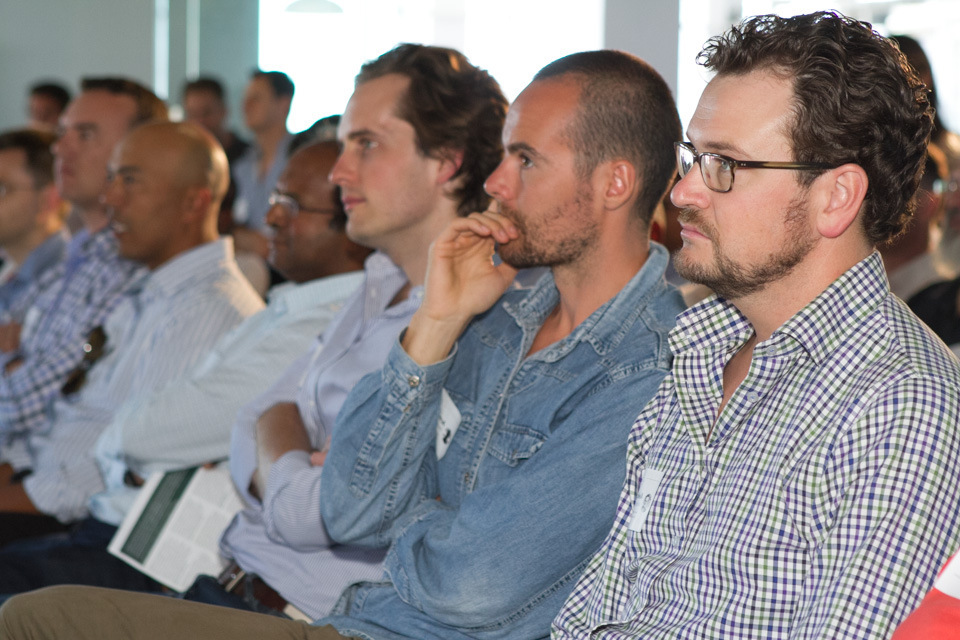 "We nearly ran out of space," exclaimed Paul Nel when he opened the event, imploring the attendees to feel welcome at the Rise innovation hub. "This is a place for you to come and engage with us and come and ask questions, we're really serious about that," said Paul, indicating the venue would host hackathons, the Techstars-powered accelerator and various problem-solving labs - all under the Barclays Rise umbrella. He also grabbed the opportunity to explain a little bit about Barclays Africa's Blockchain & Bitcoin Africa Conference on 3 and 4 March in Johannesburg, an exciting affair featuring international speakers and FinTech success stories. You can find out more on the event's website!

Dutch speaker Martijn Aslander, introduced by Graham as a "prophet of the future", then delivered a thought-provoking word waterfall about space mining, free electricity and the disruptive force of data computing. Showing six master keys for all approved TSA locks he had fabricated with a 3D printer, Martijn spoke about the incredible power of the DIY movement (with instructables.com as an example), especially in combination with the enormous reach of Facebook, Twitter and LinkedIn. "Some things I talk about look ridiculous right now," he admitted. "But soon it will be the new normal." 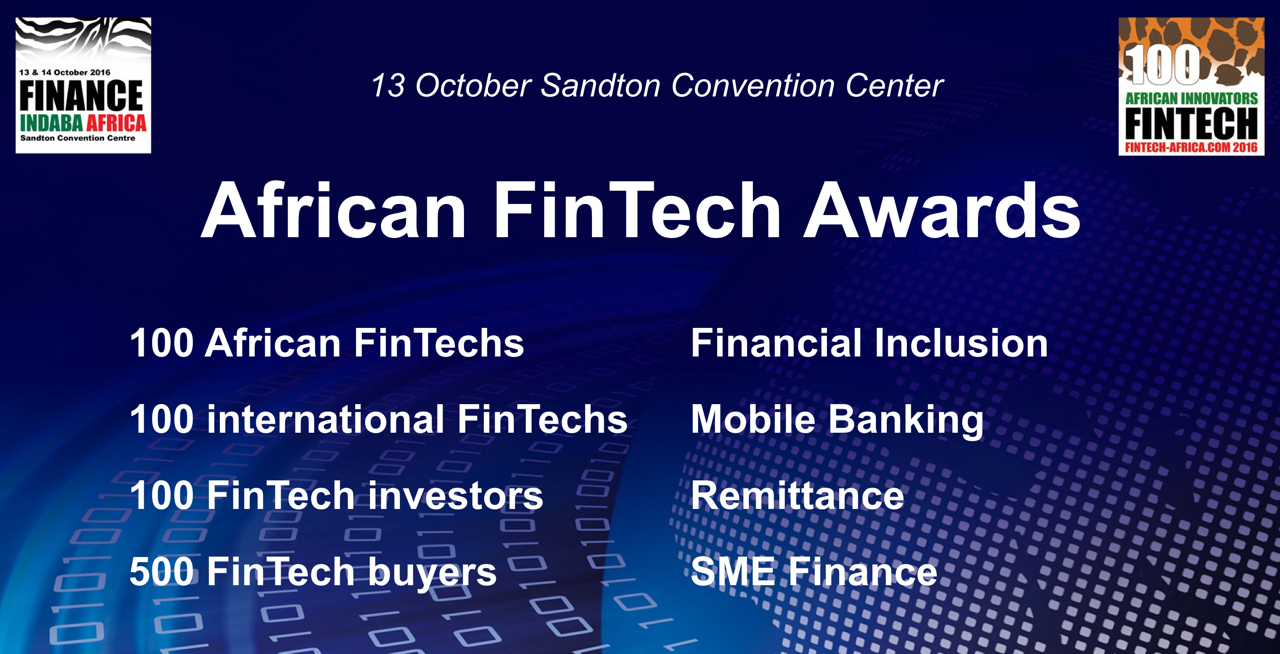 Watch out for news about the African FinTech Awards, hosted at the Finance Indaba Africa on 13 and 14 October 2016.

Besides supercomputing, Martijn identified the blockchain as a major threat to the financial services industry and businesses at large. "I am not a technical guy, but I study the effects. Block chain is like a big, decentralised open ledger which can be used for any transaction. Because of its robustness, you cannot tamper with it. This will be the end of corruption, or at least it is getting more and more difficult to be corrupt. Your trusted third party during transactions won't be a lawyer or another human anymore, but technology itself."

Barclays Africa CIO Andrew Baker followed Martijn with a balanced view of the blockchain and its current use through Bitcoin. "It is very innovative, but it is a poor technology, that is slow and requires a lot of energy," he said, before explaining the difference between open and permissioned distributed ledgers. He also went into the 'proof of work' and 'proof of stake' concepts, which are crucial methods of validating the legitimacy of transactions. 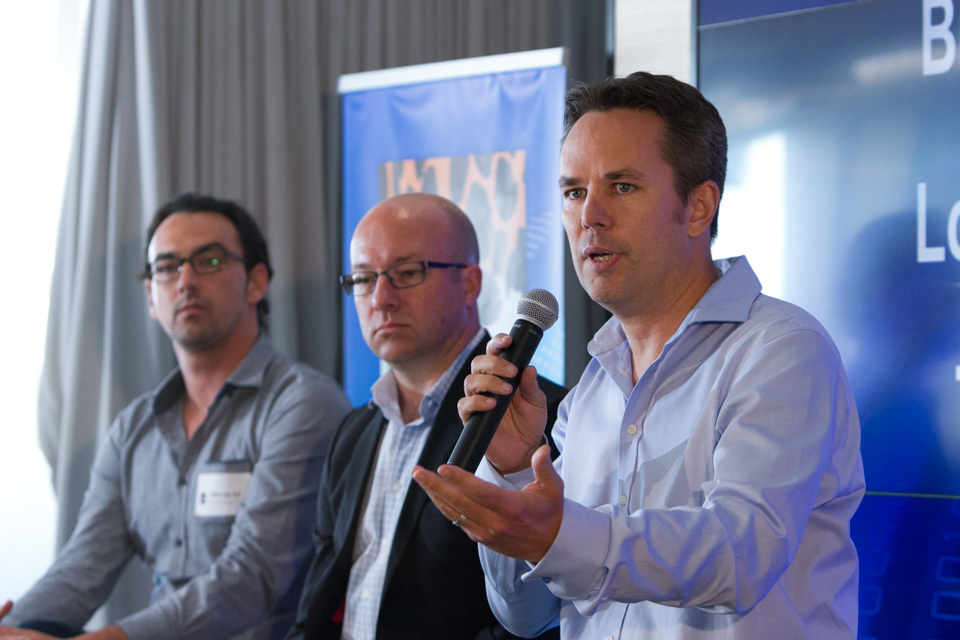 "Blockchain technologies are not mature, not scalable, not fast and not fraud-proof," said Andrew, citing recent examples where the integrity of Bitcoin was compromised. "How do I use it at Barclays? Not much, but we are playing with it." He went on to candidly sketch his discussions with the bank's exco, with the CIO trying to enforce a paradigm shift. "They say: let's lock up our IP for this, but I say: it needs to be open source. If we invent the phone, it is not that valuable if only Barclays has a phone. I need the other banks at the other end of the line," said Andrew, explaining that the same applied for modern disruptive tech like the blockchain.

Bankymoon's founding CEO Lorien Gamaroff is investigating possible uses of the blockchain on a daily basis. At the FinTech Africa event he predicted that "a billion uses of the technology" will be explored, but only some practical ones will eventually remain. "We can't see the future. It might not me something we can predict and it certainly will be a rough ride," he said. Lorien has huge expectations of the application of the blockchain to include the 80 percent of Africans that do not have a bank account. "The barrier to entry is mobile phone, which makes it an incredibly inclusive technology. So many people in Africa are used to mobile money already. We need a financial system that can reach all these people, there is no other solution. I am very optimistic about that. We're probably going to find that a lot of use cases will fail. This is a slow expensive tech, but we are going to hit a few bulls-eyes." 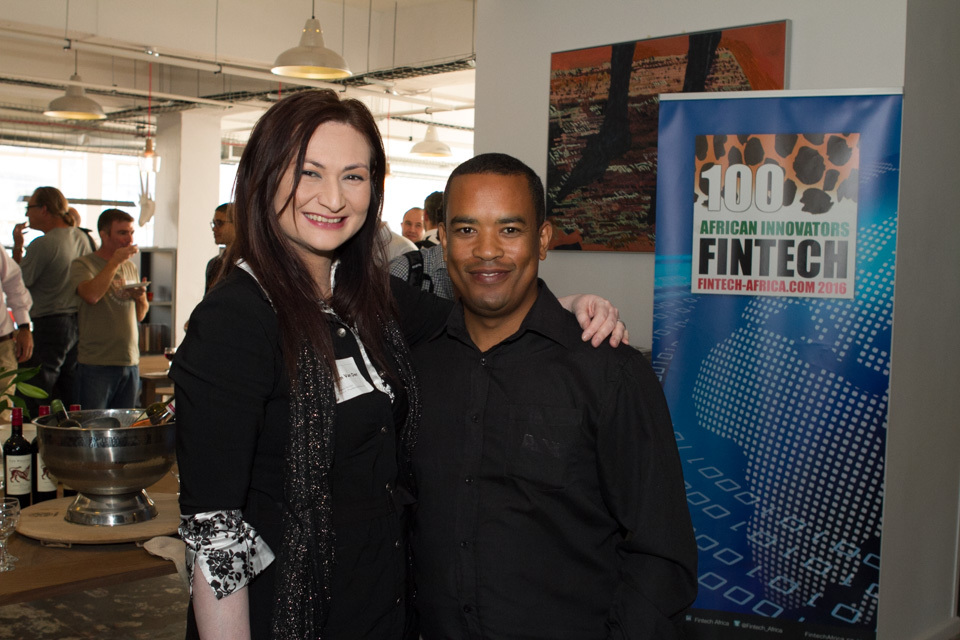 Brett Loubser of WeChat gave some insight into ways that FinTech companies can stay nimble, while working with big corporates, in his case Standard Bank. WeChat is a Whatsapp-like platform that is incredibly popular in China and is gaining ground in the rest of the world too. The company recently added money transfer solutions to its services, also opening up opportunities to do retail payments. WeChat is also starting to explore the blockchain, Brett revealed. "At the moment we're experimenting, but there are some obvious opportunities."

The highlight of the event was perhaps the panel discussion, which included 'FinTech rock star' Tobie van Zyl and some intelligent input from the audience. Andrew admitted banks still need to rid themselves of the image that customers are charged "when they sneeze". To accomplish that he envisions a bank that doesn't want customers to be captive, or burdened by service costs. "It is data play. You don't get a bill from Facebook, yet it makes a lot of money. We sit on mainframes with terabytes of data." Andrew also indicated that he believes regulators will benefit greatly from blockchain development, with distributed ledgers allowing them to glean data in real-time.

On insistence of some of the attendees, the panelists also discussed the potentially harmful effects of new techs like the blockchain. "There is tendency to demonise platforms," replied Brett, "but it is people that do bad or good things." Martijn added that technology always creates more problems. "But it always solves a few more problems than it causes. That is what we call human progress." As happened with the internet, people need to figure out ways to "inoculate new technologies against badness," said Lorien. "It is too idealistic to think you can have pure and pristine."