South African FinTech companies need to adopt an attitude of abundance, learn to “think globally” and then “grow up and do the hard work”. Those were some of the conclusions of the incredibly successful and well-attended FinTech Africa event in Cape Town on Tuesday 20 October 2015. “We have been overwhelmed by the response,” FinTech Africa MD Graham Fehrsen candidly admitted. “Never in our wildest dreams had we expected such a large audience and such fantastic speakers.”

One of the pivotal presentations of the afternoon and evening was a chat by Nicole Anderson of the London-based company FinTech Circle Innovate, who had flown to Cape Town specifically for the occasion. She told the 130 people strong audience at the Bellville campus of the University of Stellenbosch Business School Executive Development (USB-ED) that FinTech investment has skyrocketed from less than 1 billion in Q2 2010 to over 3 billion in Q1 2015.

"FinTech is the perfect storm for venture capitalists. Until now it has mainly been B2C, but B2B FinTech and complex products around for example insurance are now taking off and some leading VC funds are now solely focusing on that."

Nicole stressed that all the big American and European players - including Citi Ventures, Goldman Sachs, Google, eBay, Intel, HSBC and Barclays are all "staking their claim" and investing in FinTech. In South Africa, however, regulations are hampering growth. "Three years ago I tried to set up a tech fund in South Africa, but lack of tax incentives and exchange control are things that are not helping." She called on South African entrepreneurs to look across the border, both for customers and for funding. "You should be acting locally, but thinking globally."

Nicole's keynote was preceded by a short opening by USB-ED CEO Frik Landman and a whirlwind, futuristic presentation by Dutch 'lifehacker' Martijn Aslander, who has rapidly grown in popularity in South Africa as 'board room sparring partner'. Martijn touched on some of his favourite themes, often aimed at "doing more in less time with less stress at a lower cost with more impact". He chatted about 5g, growing hamburgers, storing data in dna and the mindset of abundance. A cheer came from the audience when he predicted the demise of accountants and lawyers. "Attitude," Martijn asserted, "is more important than knowledge or even skills."

Before some lively panel discussions took place between the who-is-who in the Cape's FinTech space, Barclays Africa's self-proclaimed 'chief of stuff' Paul Nel assured the audience his bank wants to "fundamentally change the way we do things". Barclays Africa recently announced a new accelerator in collaboration with the internationally renowned accelerator Techstars. "We really want to go out of our way to help companies grow," Paul said, adding that the example of the investment in lending marketplace RainFin shows it can be done, even though the process is onerous. "We need to make the partnership stuff real and get the compliance and legal departments involved in the solutions." 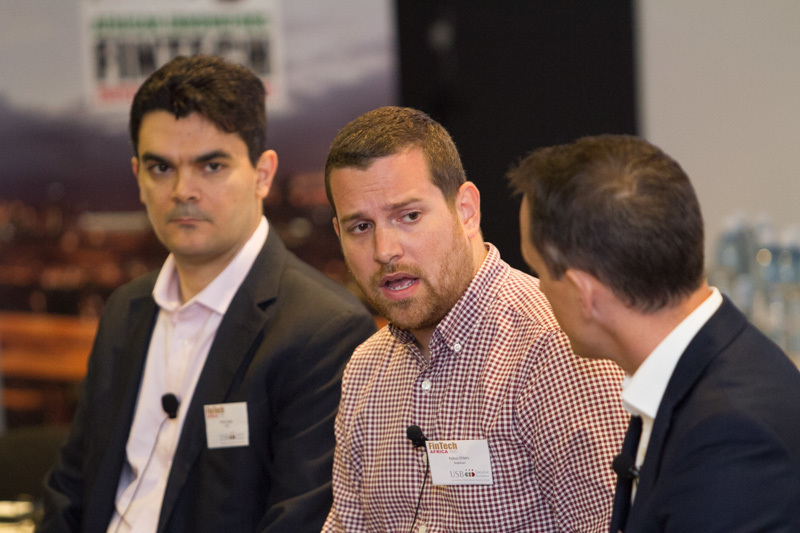 "There are not enough good startups to go around. Businesses that are excellent usually prefer to build themselves into a better negotiation position first, while the less good ones end up being funded. Banks are good with trust. They are moving slowly and it is super hard. We spent 30 to 40 percent of our energy on compliance, but that is part of the game being in the finance/payments/banking space. As an entrepreneur you need to grow up and do the hard work."

Perry agreed, indicating that accelerators and incubators often suffer from 'shorttermism', as he dubbed it. "The truth is that the ones that work is where the entrepreneur wants the accelerator or incubator, not when he or she needs them. The problem is often that the opportunities in South Africa are not big enough." Kobus also feels the focus of large corporates as FinTech investors is often missing, locally. "They spend a small amount of money on investments and treat these as "future proofing insurance" rather than as high risk venturing - that can have a paradoxical effect."

Ophthalmologist Will Mapham then briefly chatted about his amazing health app Vula Mobile, which has so far mainly been funded through money of competitions the app has won. Vula makes it possible to do an eye scan through a mobile phone and then directly send it to eye specialists who can diagnose the patient. Currently Will is upscaling the app to including hearing, heart function and other diagnoses that can be done through simple mobile technology. "With all the data we are collecting, we are basically writing text books on eye conditions." 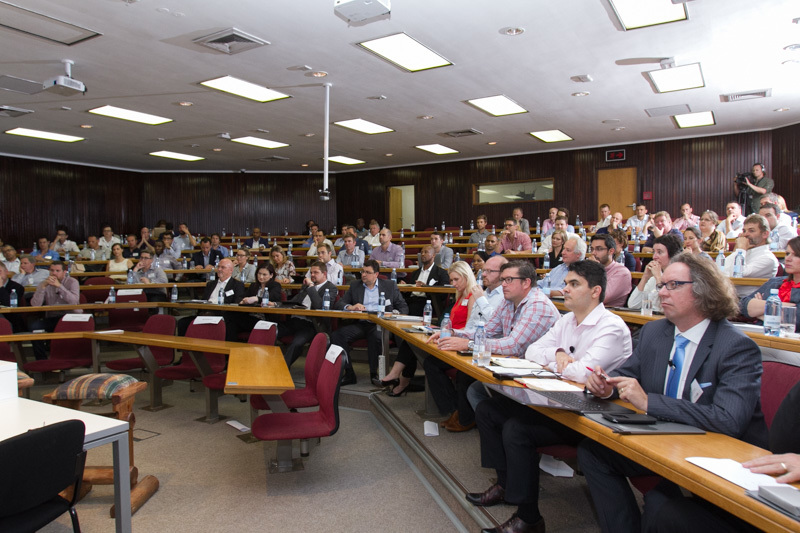 Will discussed the future of FinTech during a final panel with Dave van Niekerk (CEO GetBucks), Zoona-founder Brett Magrath and Patrick Schofield, founder of crowd funding platform Thundafund. "My tips for entrepreneurs who want to talk to investors is to hit the numbers you promise and to engage early, as raising capital is a long journey," Brett said. According to Patrick crowd-funding can play a crucial role in vetting FinTech startups and doing the hard work for larger investors - who can then step into the most successful ventures.

It was up to the flamboyant Morne Mostert, director at the Institute of Futures Research and Faculty at Stellenbosch to close the evening and open the floor for networking and refreshments. Echoing Martijn's assertion that all that is matters is attitude, he started that people who are afraid to be replaced by computers, should stop acting like one.

Please have a look here for the photos.