“Mobile wallet use is finally getting to scale across Africa," says Dare Okoudjou, Founder and CEO of Mobile Financial Services Africa (MFS Africa). No longer a phenomenon limited to M-Pesa in Kenya, mobile wallets are showing their potential to transform financial services across the continent. "This presents an enormous opportunity to improve the remittance experience for Africans across the continent and for the diaspora abroad.”

With more than 140 million registered accounts, mobile payments in Africa are quickly becoming mainstream. Growth in mobile wallet numbers is driven by the mobile operators and their large mobile money agent networks. The latter, nearly as ubiquitous as airtime sales agents, are estimated at 2.26 million and act as cash-in and cash-out points. MFS Africa uses this development to disrupt intra-African remittances.

"We expect international remittances to and between mobile wallets to grow rapidly in sub-Saharan Africa," says Rachel Balsham, Deputy CEO at MFS Africa. "Intra-African remittances, which are subject to average costs of up to 20% of face value, are an opportunity for our business to make an impact by disrupting traditional money transfer models."

World Bank figures indicate that $11.6 billion is sent within Africa each year, with an additional $52.2 billion sent to Africa from elsewhere. MFS Africa is ideally placed to enable mobile wallet to mobile wallet, intra-Africa remittances, says Balsham. "We act as a hub between the mobile wallet services offered by the mobile network operators, enabling cross-border, mobile-to-mobile remittances between any of the more than 55 million connected wallets in our network." 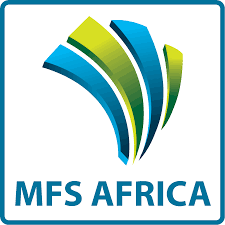 In practical terms, customers access the service via a menu on their mobile phones before entering the beneficiary phone number and the transfer amount in local currency. They are able to preview the amount the beneficiary will receive in the destination currency before confirming the transaction. The money is deducted from the sender's mobile wallet and credited in real-time to the recipient's mobile wallet. MFS Africa manages the technical layer as well as the financial processes for the service.

MFS Africa connects major mobile money networks like MTN Mobile Money, M-Pesa, Orange Money and Airtel Money to each other and other licensed financial institutions. Mobile networks typically price the service, with current prices between 3% and 6% - adding affordability to the unique convenience and accessibility that the mobile-to-mobile channel offers.

Balsham says a number of factors will contribute to continued growth in mobile intra-Africa remittances."Crippling regulation has had an impact on the money transfer industry globally. Against this background, mobile money is an ideal alternative in emerging markets because of mobile ubiquity and accessibility - what's more, KYC is managed by the mobile networks, so there is a traceable digital transaction trail, and compliance costs are lower."

Earlier this year, MFS Africa's mobile money hub was selected by Vodacom and MTN to integrate their M-Pesa and MTN Mobile Money platforms in East Africa. As a result, their customers in Kenya, the DRC, Tanzania, Uganda, Zambia and Rwanda can remit money across borders using their mobile money accounts. In July, the company announced its agreement to integrate Airtel Money operations in Africa to the hub, beginning with Airtel Niger.

"There is certainly potential for micro-insurance and other more sophisticated financial services products. These require a competent agency network to explain the workings of products and to reassure consumers that claims will be paid. Where credit is concerned, the strength of collection systems is critical," she adds.

In South Africa, mobile money has not taken off as it has elsewhere on the continent. This is attributed to the country's high ratio of ATMs, while others argue that mobile money has great potential, but is stymied by regulation specifying that only registered banks may conduct the business of a bank, including accepting deposits.

"Given the low uptake in mobile money in South Africa, yet the extremely high volumes of remittances to neighboring countries, we are more focused on integrating to money transfer companies and banks in South Africa to enable them to send money to mobile wallets in other counties," says Okoudjou.