The Capitec CFO does so through his Community Keepers project, which supports Ysterplaat Primary School.

Capitec CFO André du Plessis took CFO South Africa on a visit to Ysterplaat Primary School to see the results of his Community Keepers project in action. The school is a happy, safe place for children to develop and thrive. But, André says, it wasn’t always this way.

“Some of the situations were completely out of control,” says principal Nataly Horn. “We had to deal with issues of drugs, abandonment, violence and even – and this particularly hard to deal with – rape. We were lucky if we started teaching at 10, we were so busy calling social workers and the police.”

So what changed? The school experienced a paradigm shift with the introduction of a project called Community Keepers, which involved the placement of Suzanne Moore, a social worker at the school to take care of the children’s social and emotional wellbeing, and to deal directly with any specific problems as they arose, through an established support network of social services in the area.

Answering a need
Community Keepers is the personal project of André du Plessis, Capitec CFO. He and his family supported an orphaned child in the Eastern Cape, and through this were made aware of the emotional challenges facing children living in poor communities where there simply isn’t support for these kinds of problems. 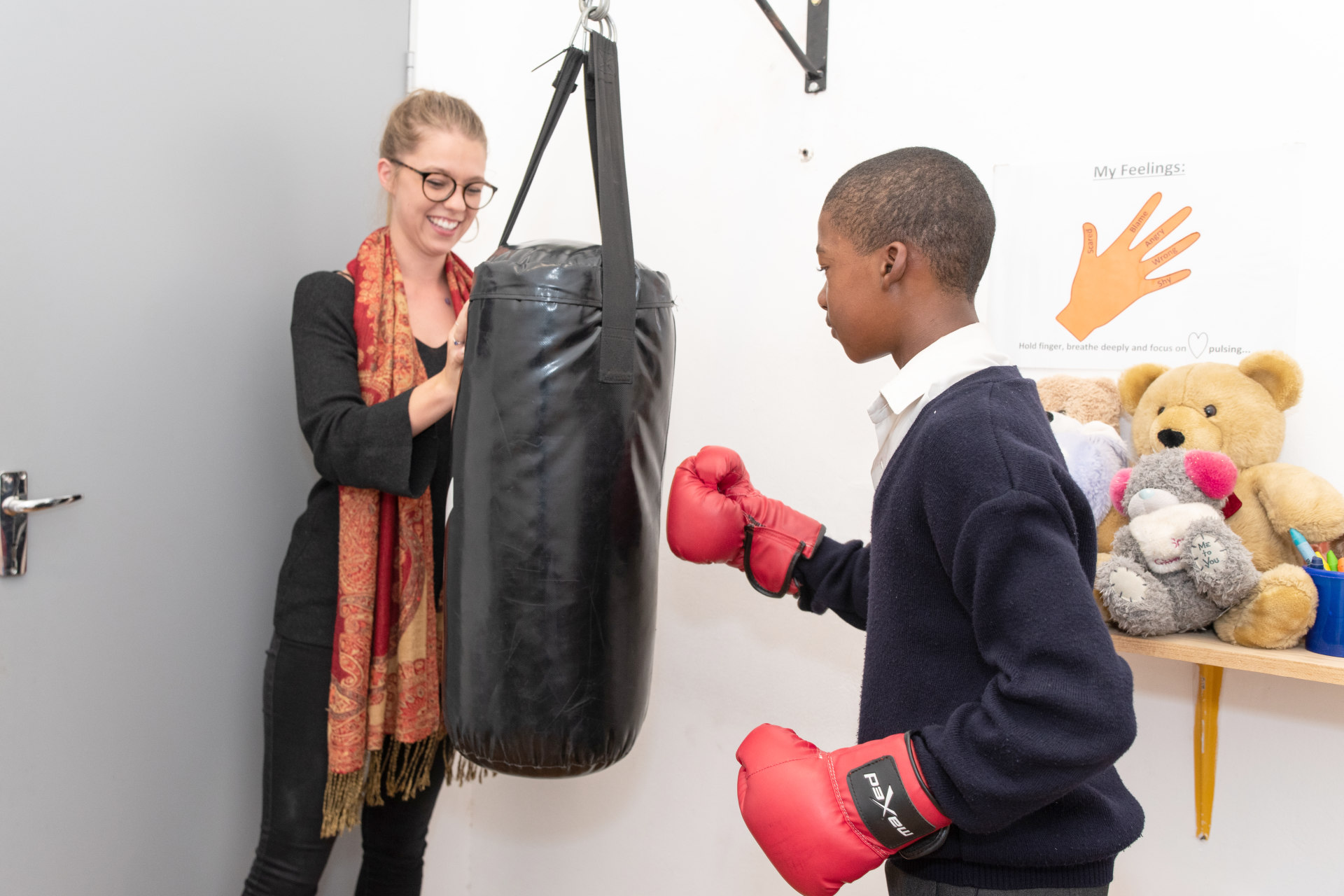 At the start of the programme at each school, the on-site professional will establish trust through a series of activities, working with each class of the school. Initial resistance is overcome and children then approach the social worker or therapist as and when problems arise. The therapist can also be called in to deal with problems as they arise in the classroom.

Extending the reach
This model has proven effective over a number of years, and the schools have been divided into areas headed up by an area manager. When the time is right (which generally means that funding is available), new schools are identified for an intervention.

“A lot of our work is building solid relationships with the relevant people in the community,” says Laurian Ferneaux, the area manager for the schools in the Cape Town area at Community Keepers. “Obviously, we are the first line, but if there are complex issues of criminal violence or drug abuse, we need the expertise of others.” 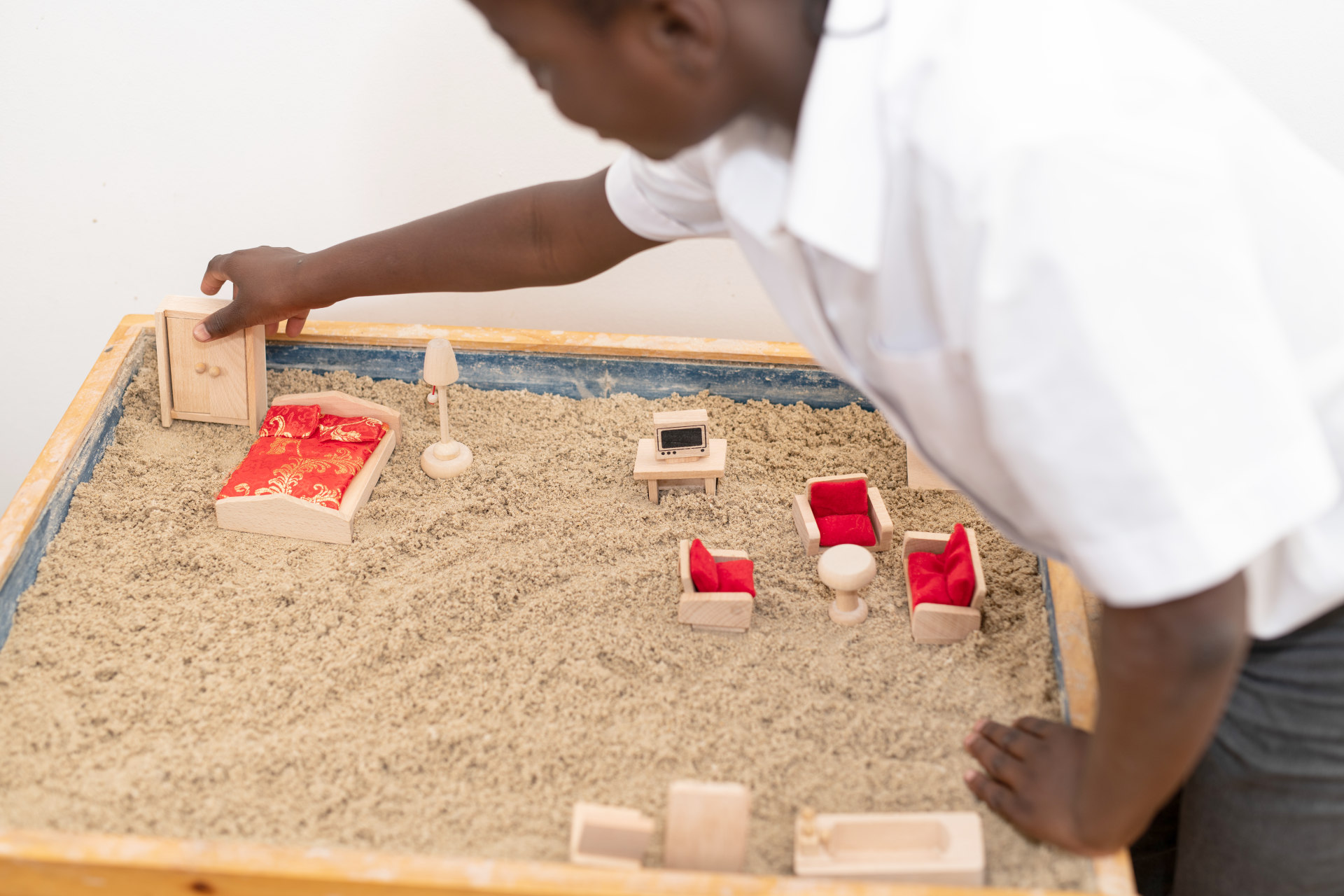 Community Keepers has made a tangible difference at Ysterplaat – and at other schools in the project. “Since Community Keepers came here, the shift has been huge. The children are happier, they feel that they have a safe space to go to, and the parents are also much happier because they can get support as well,” says Nataly.

While it’s not possible to meet with individual children because of professional confidentiality, the halls of Ysterplaat echo with happy voices, and passing children express all the excitement and joy they should be. While the problems they face at home haven’t necessarily been overcome, these children know that they have a safe space to seek help and a professional network supporting them.

Keeping the project alive
There’s no doubt that the Community Keepers programme is effective in addressing the issues that the children deal with individually and the school as a whole has faced, the intervention certainly doesn’t come cheap. Professional therapy rooms have to be built, and the full-time salaries of therapists and social workers have to be paid. The project itself has administrators and office workers as well, and André says that even with his support, funding is an ongoing challenge.

“I spend a lot of time speaking to people and bringing them on site visits so that they will see the good work that’s being done at these schools – creating a secure foundation at an age when it’s needed,” says André. “But to keep doing the good work we’re doing, and to keep growing, we need the funds. It’s a massive job to keep that coming in.”

But he believes that for the good that it’s doing, it’s worth his time and money, and the contributions of those who offer their support.

To find out more about Community Keepers or to make a donation, visit www.communitykeepers.org.

Do you have a CFO Cares story to share with us?
Contact CFO community manager John Deane on [email protected] with the details.