Inspirational speakers, outstanding networking opportunities at the CFO of the Future Summit

CFOs seized the opportunity to think, learn and most importantly to share experiences with their peers.

Close on 100 CFOs gathered at the Equinox Innovation Centre in Sandton for the CFO of the Future Summit to learn, network and share experiences and concerns around digital transformation.

But before looking to the future, CFO South Africa MD Joel Roerig looked to the past. “Since mid-2003, Oracle has supported the CFO community, and without their partnership, we wouldn’t be able to put on summits like this.”

He also thanked Absa for the use of the Equinox Innovation Centre, which delivered a flexible and modern backdrop for an event of this stature.

John Deane, CFO community manager, welcomed the audience and then introduced the first speaker, Graeme Codrington, futurist and CEO of TomorrowToday Global. Graeme pointed out that the 2020s are a few short weeks away. He said that this coming decade has been projected by Bill Gates to be the one with the most change in recorded history.

We’re only at the beginning

“That’s quite a statement considering what he has delivered into the world – for him to say we haven’t started really. So, everything we’ve done in the past two or three decades has been building blocks. What will happen in the next ten years is that those systems will develop a life of their own.”

He gave the example of the driverless car, in which people will be able to read or drink while being driven. “At first, driverless cars will just be rich people’s toys, but the next step will be when they become compulsory. Once all the cars are driverless, they can speak to each other. If there’s load shedding, like tonight, we can use both sides of the highway to get out of Rivonia. The point of this example is that while the building blocks are interesting and valuable, it’s the systems change that happens when you put them together that’s going to change everything in the 2020s.” 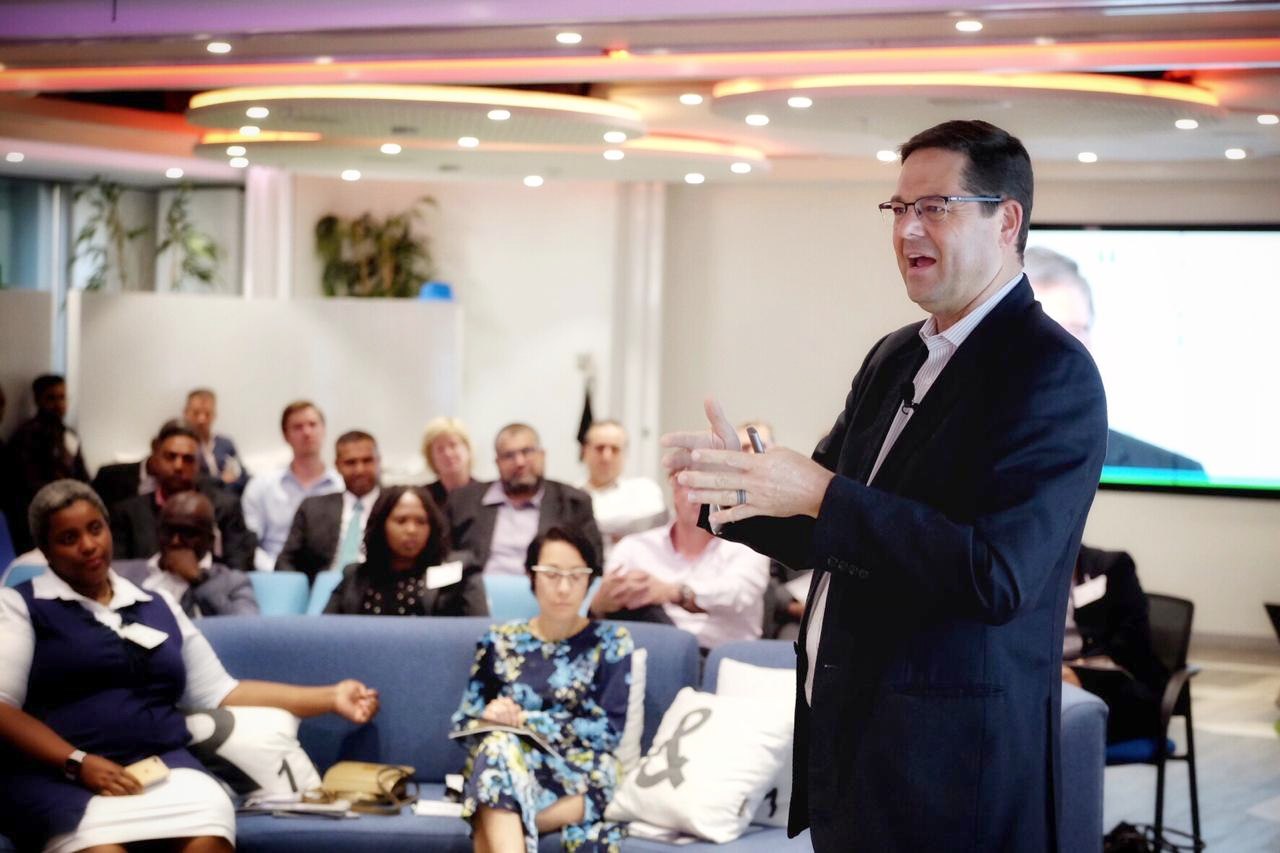 Graeme then asked the CFOs to imagine themselves in 2050 and look back on the 2020s and consider the systems they would consider to be ridiculous. After much animated discussion from the audience, doctor visits, parking garages and office blocks were put forward as concepts we’d move on from in the not-too-distant future.

Graeme then challenged the CFOs to think about what this would mean for their own roles in the future of business. “How do you move from being a function that’s known for being reactive and backwards looking to providing the most valuable input possible into what the business should be doing. Do you have the skills set and do we as a CFO community understand the systems?”

The costs of developing vs the cloud
The audience were then split into two groups to hear from two CFOs who have undergone a finance transformation in their organisation. Jan Hofmeyr, OUTsurance CFO, explained how the insurance company was started by an actuary, and retains a great deal of actuarial talent. 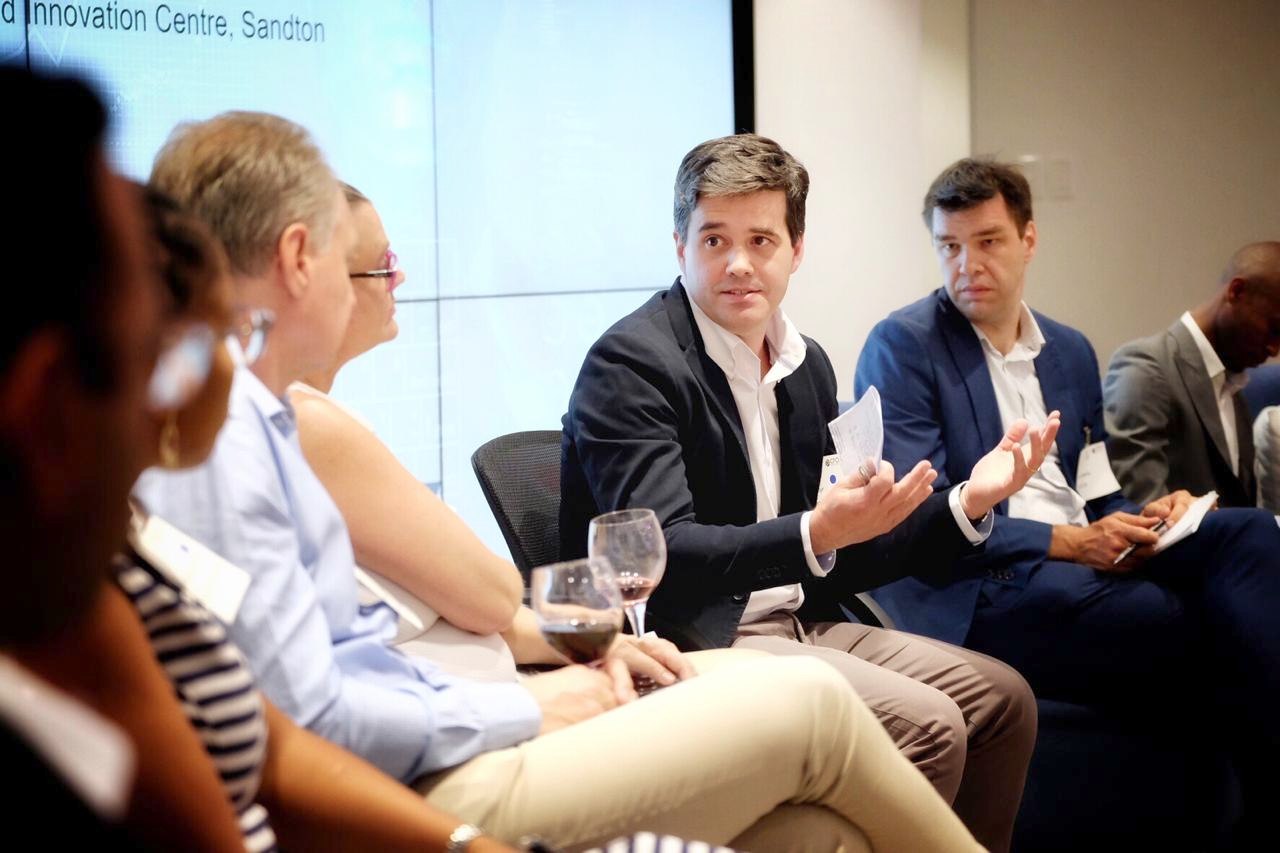 Their IT systems were programmed from scratch by their founder and their strength as an organisation has always lied in their ability to leverage their data. This allows them to give their clients the right price for their risk, to operate in a price sensitive market.

“The way we distinguish ourselves from our peers is through our service levels, which represent a daily investment of passion and energy,” Jan said.

However, despite the incredible successes OUTsurance has enjoyed on the back of their proprietary systems, he says that they are now embarking on a cloud journey. “Wearing a CFO hat, I have to look at the cost of developing systems when they are available in the cloud.”

About the journey, he says that it’s daunting, but then you find your rhythm. “We don’t bet the farm on new technology, but run the systems concurrently for a few months to make sure that the new one is delivering, and to remain cloud agnostic as far as you can.”

Get your people on board
Mikateko Tshetshe, the VP Finance for Africa at Unilever, then told the audience that she works for a future-fit, purpose-led organisation. “I’ve been with the organisation for two years and we are on a journey to make sustainability commonplace in the industry.”

Unilever brought in EY to assess and trigger thoughts about automation. This 12-week programme reviewed the company’s end-to-end processes, using global, Unilever and industry best practices to identify which processes could be automated and eliminated. Mikateko said that the key call out from this process is to make sure that you are doing this holistically, including your staff in the process. 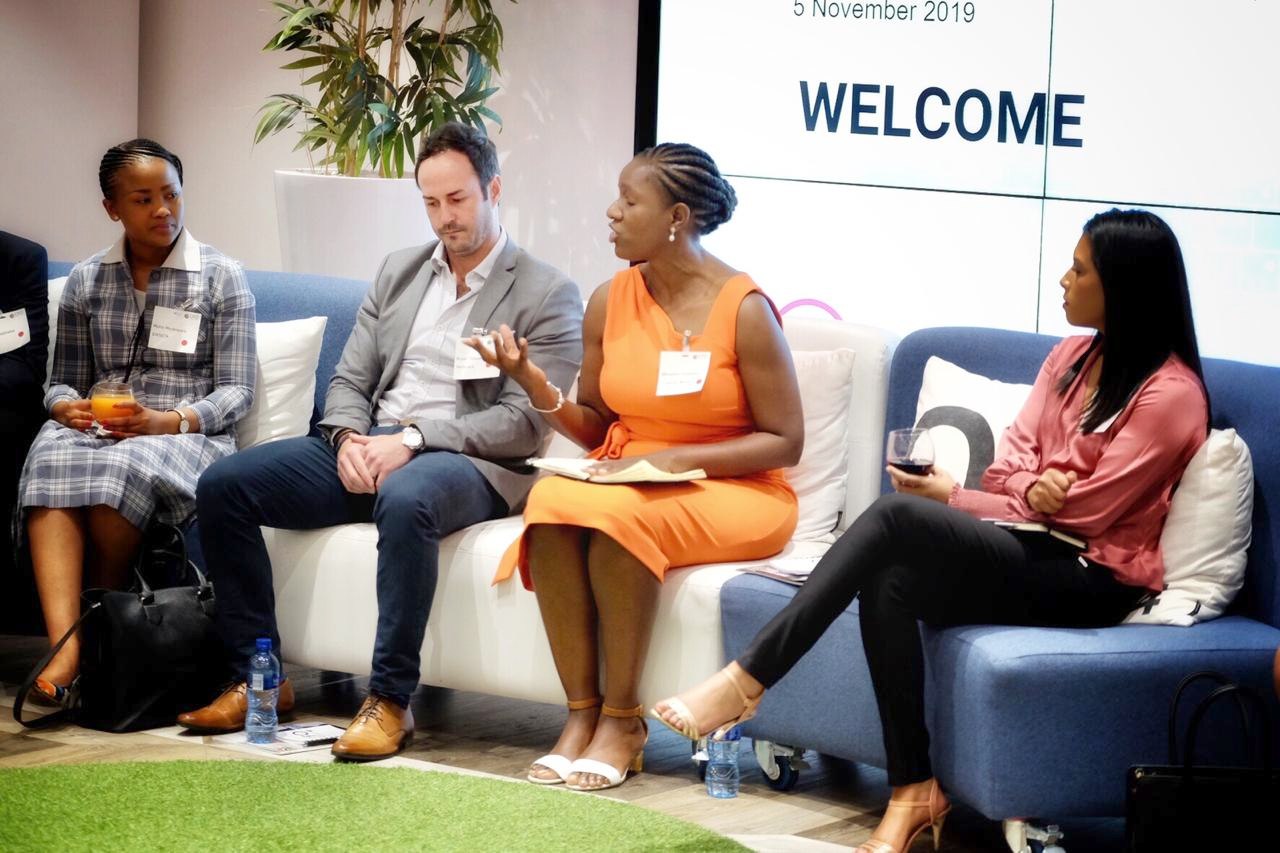 “If your people aren’t coming with you on your journey, then they won’t be open to sharing information. So we looked at how to make sure that we used this opportunity to inspire our teams to be able to do this on their own.”

She said that, thus inspired, her finance team identified tax reconciliations as an area that could be automated. Introducing robotic process automation in this department whittled a two-week process down to one day.

In response to a question from the audience, she added that transparency has been a crucial part of the process.

“Being a purpose-led, future-fit organisation does imply that processes will be automated, and some roles will be lost. You have to be transparent about that. What we do with employees is we make sure that they go through a learning journey. We have compulsory 50 hours of learning that the finance team have to have completed by the end of the year so that they can learn about this digital environment and other skills and capabilities that they need.”

The two groups of CFOs rotated into each speaker’s room so that they could benefit from a more intimate discussion in a smaller group. While the speakers’ presentations were immensely valuable, it was the conversation that they spurred in the Q&A and discussion sessions afterwards in which the audience really came alive.

“This is the crucial importance of these kinds of events,” said John. “It gives CFOs the opportunity to connect with their peers and find solutions to the challenges they face and support for the complexities of their profession.”

We are all digital immigrants
The audience then came back together to hear the closing words from Ian Russell, ex-CEO of BCX and author of ‘The Other End of the Telescope’. He presented the argument that the past is a foreign country and that relevance – your personal relevance, your career relevance and the relevance of your business to its customers – is the only thing that matters.

“We are all digital immigrants,” Ian said. “We have come into this technological world that we live in today relevantly late in life and have had to work out how to use it. We do our best.”

On the other hand, he said that the children of today instinctively know how to use new technologies. “These kids are digital natives.” 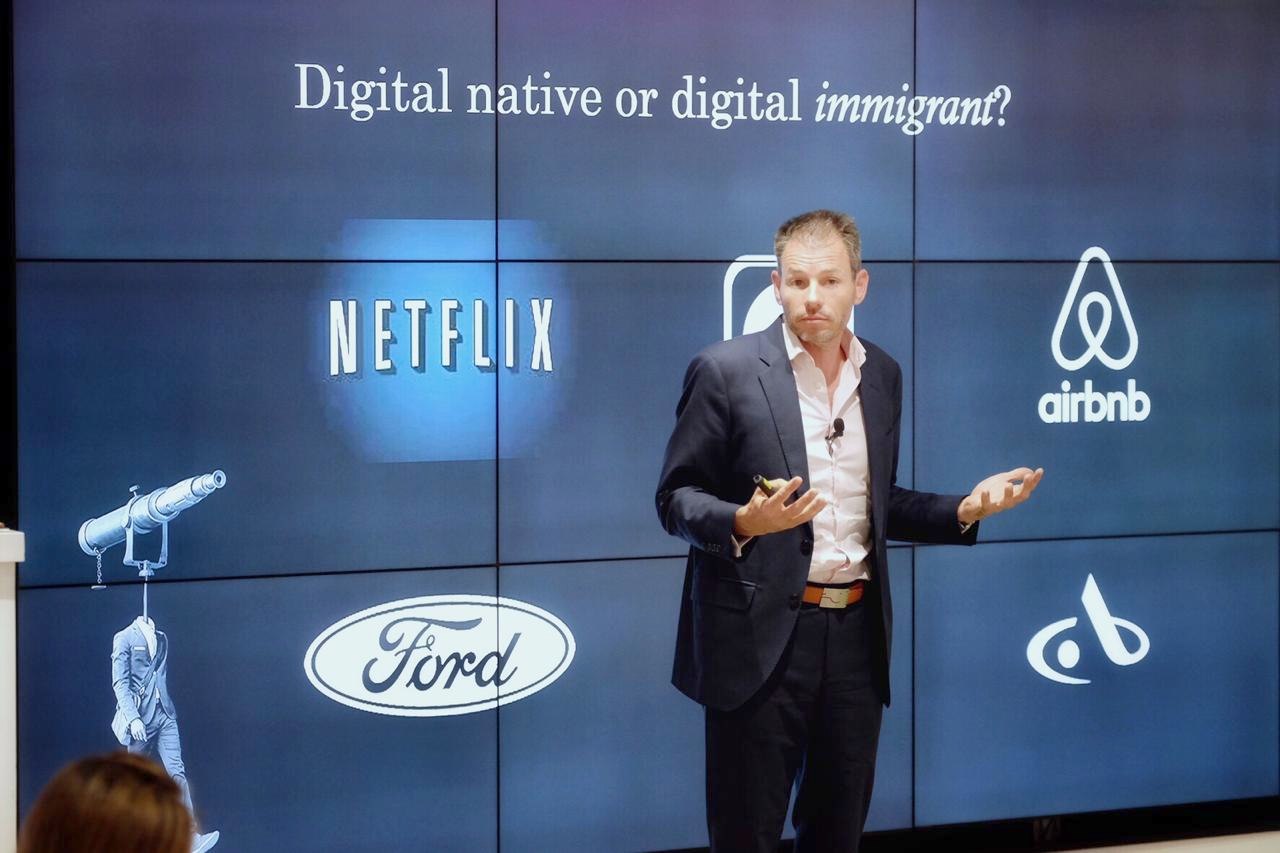 He added that there are companies that are citizens of the digital world as well – Netflix, Uber and Airbnb being common examples. “These companies haven’t just emerged in a technological world and a digitally native world, they have changed the business model fundamentally.”

He pointed out that there are older businesses that are trying to keep up by using technology to be less bad than they used to be. “But they’re not fundamentally disrupting the business models within which they work. They are digital immigrants, not yet brave and dangerous enough to take on the business models that are being disrupted by the people coming in. And we are very much like that, in our careers and in the businesses that we work in today. And that irrelevance comes very quickly.”

Ian highlighted some things that we can do to stay relevant: