Why trust service providers with your sensitive data? During the kick off of the MyBroadband Cloud & Hosting Conference at Gallagher Estate on 9 June 2015 this question was tackled head on by Jan Hnizdo, Chief Financial Officer of Teraco Data Environments, the first provider of resilient, vendor-neutral data environments in South Africa. Among other advantages, Hnizdo argued, externally managed data centres offer:

As a Chartered Accountant who was trained at KPMG, Hnizdo has held various CFO positions in South Africa since 1998 and has been with Teraco since 2011. During his presentation at the conference in Midrand, which was attended by CFO South Africa, he made a passionate plea for outsourcing.

"There has been exponential growth of data and mobile over the past few years - 90% of the world's data has been created in the past 24 months alone. IBM says there will be 21 billion networking devices by 2017 - that's two and a half for every person on the planet. Social media is driving this huge increase, with Twitter and WhatsApp taking the reins from email clients. This is why data centre outsourcing is a growing, multi-billion-dollar industry worldwide." 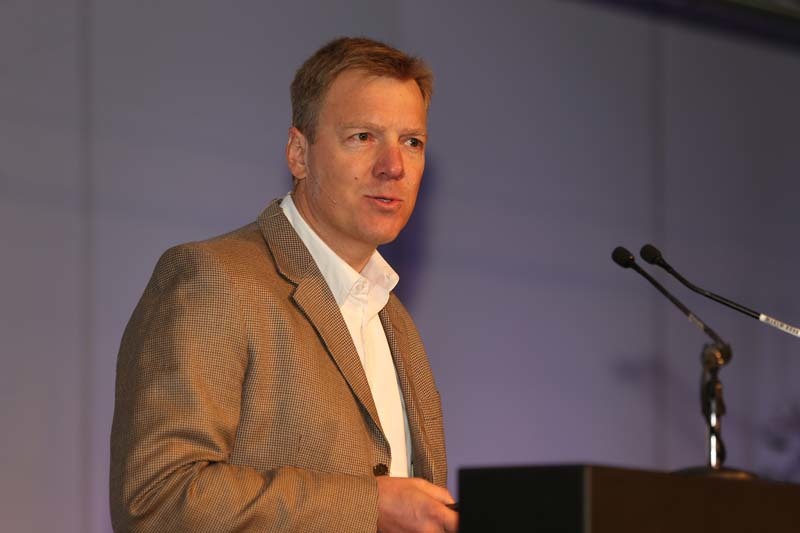 Hnizdo said that a recent survey of C-Suite executives on their foremost concerns about outsourcing their data centres revealed that cost benefits and flexibility of the infrastructure were top of mind.

"There are huge capital costs involved in building a data centre - currently R200,000 to R250,000 per square metre. There are also ongoing running expenses, human resources and the cost of replacing data centres, which have a limited lifespan. By far the biggest cost is electricity. But by far the biggest cost is electricity. Loadshedding is a fact of life in South Africa and will be for two to three years and Eskom are motivating for big increases. Data centres require massive amounts of power, not just for IT, but also for cooling."

By contrast, Hnizdo said externally managed data centres offered improved reliability and efficiencies, a skilled staff complement and industry-specific security certifications to go with a decrease in outlay. "They also allow companies to align themselves with King III governance principles without a fuss and clients are not beholden to the service provider, so they have complete freedom of choice, instead of being locked into service level agreements and long-term contracts."

In closing, he said his company had been placed under pressure to provide consistently high levels of service to its customers because of the current power crisis. Cable theft had resulted in Teraco's Isando hub shutting down for 72 hours and the uncalibrated diesel generators it was forced into using were notoriously inefficient, but Hnizdo reiterated that his firm would be increasing investment ahead of the coming "data tsunami".