Innovative ways to identify and develop top local talent in African countries were the hottest topic of conversation during an extremely insightful CFO South Africa event about Moving into (the rest of) Africa, hosted by Standard Bank at its impressive Rosebank premises on 16 March 2016. Vibrant CFO panel discussions alternated with insights from experts from Thomson Reuters and Spencer Stuart, while attending CFOs also had the chance to get involved.

With CFO of the Year 2015 Deon Viljoen (currently also acting CEO at Alexander Forbes) and many former and current CFO Awards nominees in the audience, the discussion focussed on talent and knowledge as key enablers for success in African countries north of the Limpopo river. "A lot of it is about trust, it's a South African thing - we think what's out there isn't good enough. But there are very good resources out there - you just have to develop it," said Illovo Sugar CFO Mohammed Abdool-Samad, who was one of the panelists.

A key message drummed home by all the participants was that nobody likes a company that expects to dictate to the locals how things should be done. The best approach is to work with local partners or build up local talent, because they are more committed to a successful outcome than expats who just want a big salary and an impressive CV. CFO South Africa's MD Graham Fehrsen said operating in Africa demands practice, time, patience and a willingness to learn. Companies often failed because they went in saying "we will show you how" rather than "we will work with you", he said. 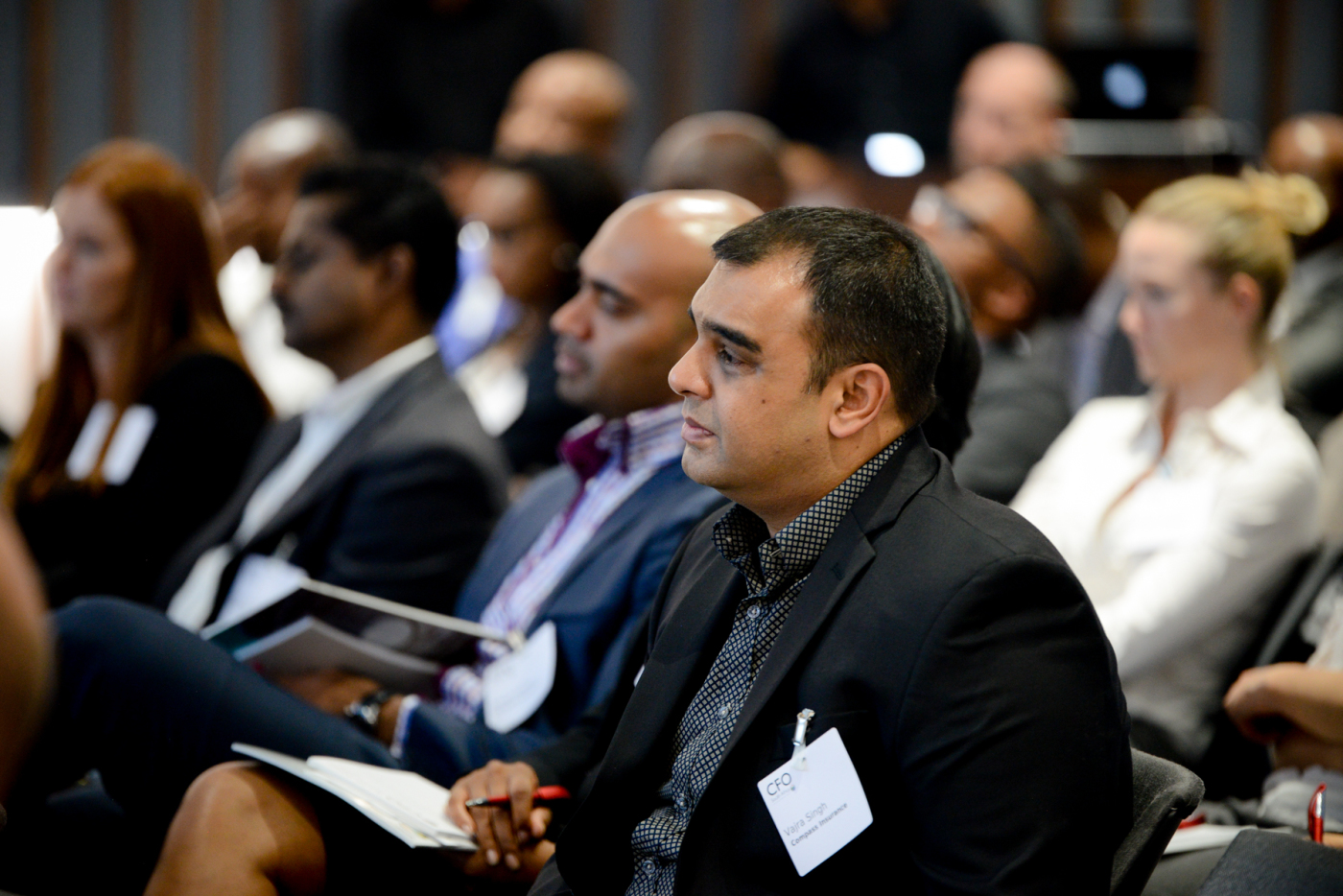 Mohammed revealed Illovo's first model had been to put in expats for two to three years when they set up in another country. The problem was that someone on a short-term contract makes decisions for the short term, and inevitably wanted to leave before their time was up because their families didn't like the posting. "They are not really invested in developing capacity and talent in the business.So we decided to build capacity within these businesses and localise the positions."

Now five out of six Illovo operations abroad have local CFOs and the company has created a very robust talent development program. That is paying off because the middle managers they hire locally and train up are well connected, so other employees become easier to find, and business deals progress more smoothly because key staff understands the way the country operates. About 50% are poached by other companies, but that's not necessarily bad. Often the trainees end up working for the government, the tax authority or other companies that Illovo deals with. "And it's good to have a friendly face across the table." 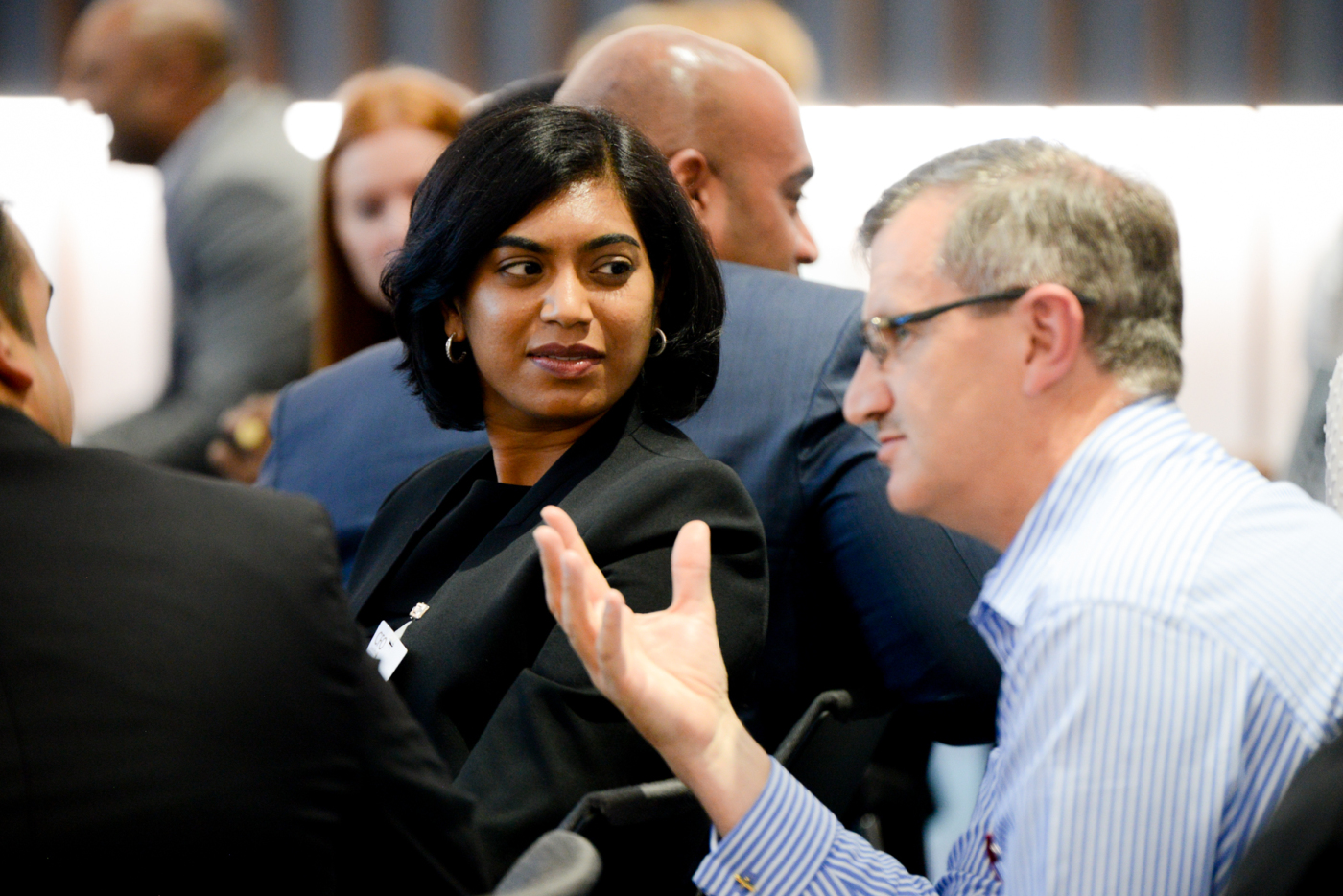 Healthcare and lighting multinational Phillips also found that expats don't have the loyalty and tend to move on quickly, said Alexander Visser, the CFO of Philips Africa. "It's an active decision go local - if you put a Dutch guy in front of the Nigerian government it's simply not going to work," he said. "It's not only Nigeria, it's across the continent. The moment you bring in a local you get a natural understanding of how the country works. Legislation isn't always practiced as it's written down, which is where local knowledge is necessary."

Greg Davis, the Standard Bank's CFO for the Rest of Africa, said one problem the bank is facing is a lack of highly skilled Africans who speak French or Portuguese, and it still needs to grow that talent pool. 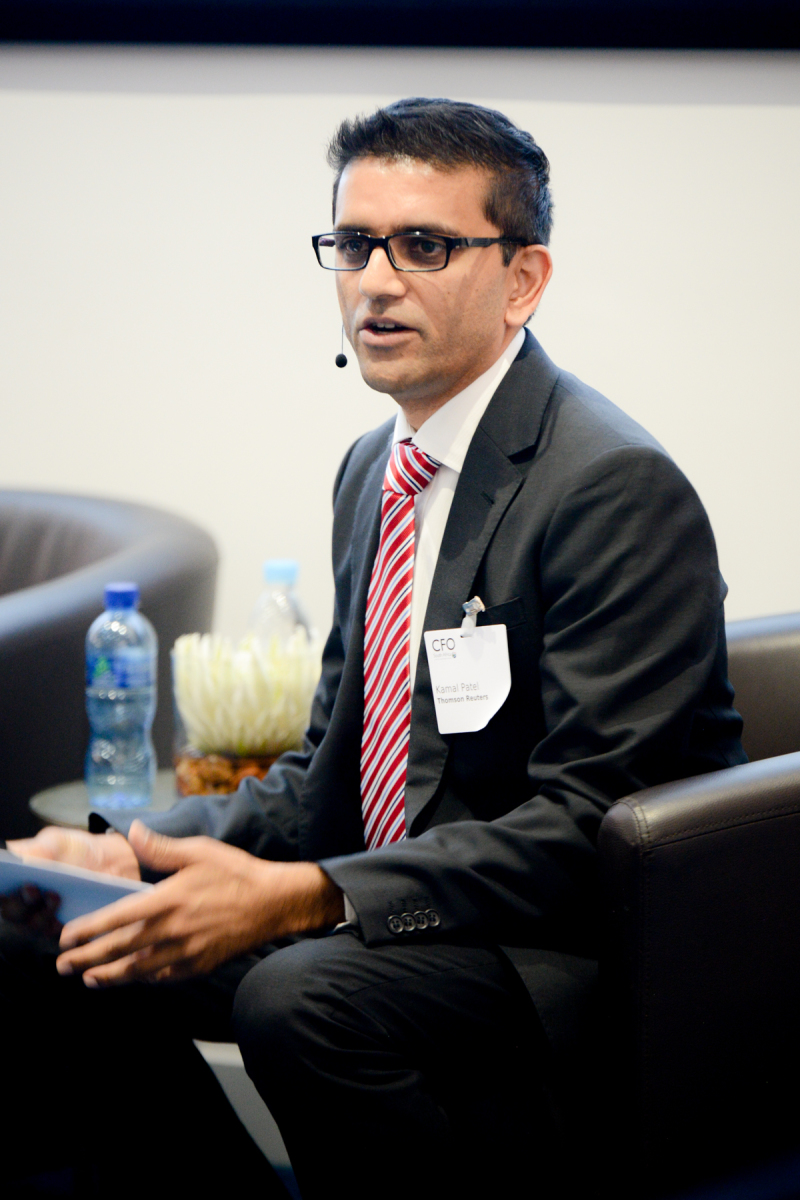 Kamal Patel, the head of Corporates & Partnerships with Thomson Reuters, recommended tapping into the African diaspora as a hugely useful source of talent. Many Africans who have left to work abroad and gain global experience are willing to return home for a good job and to help make a difference to their home country. Thomson Reuters is using that tactic to build market share by bringing back local talent that has been enhanced by a global vision.

Headhunter Moula Mokhobo-Amegashie of Spencer Stuart was blunt in her analysis of the way foreign companies operate in Africa. They simply don't trust the Africans to do it right, she said. The big decisions about business in Africa are still typically made outside the continent. 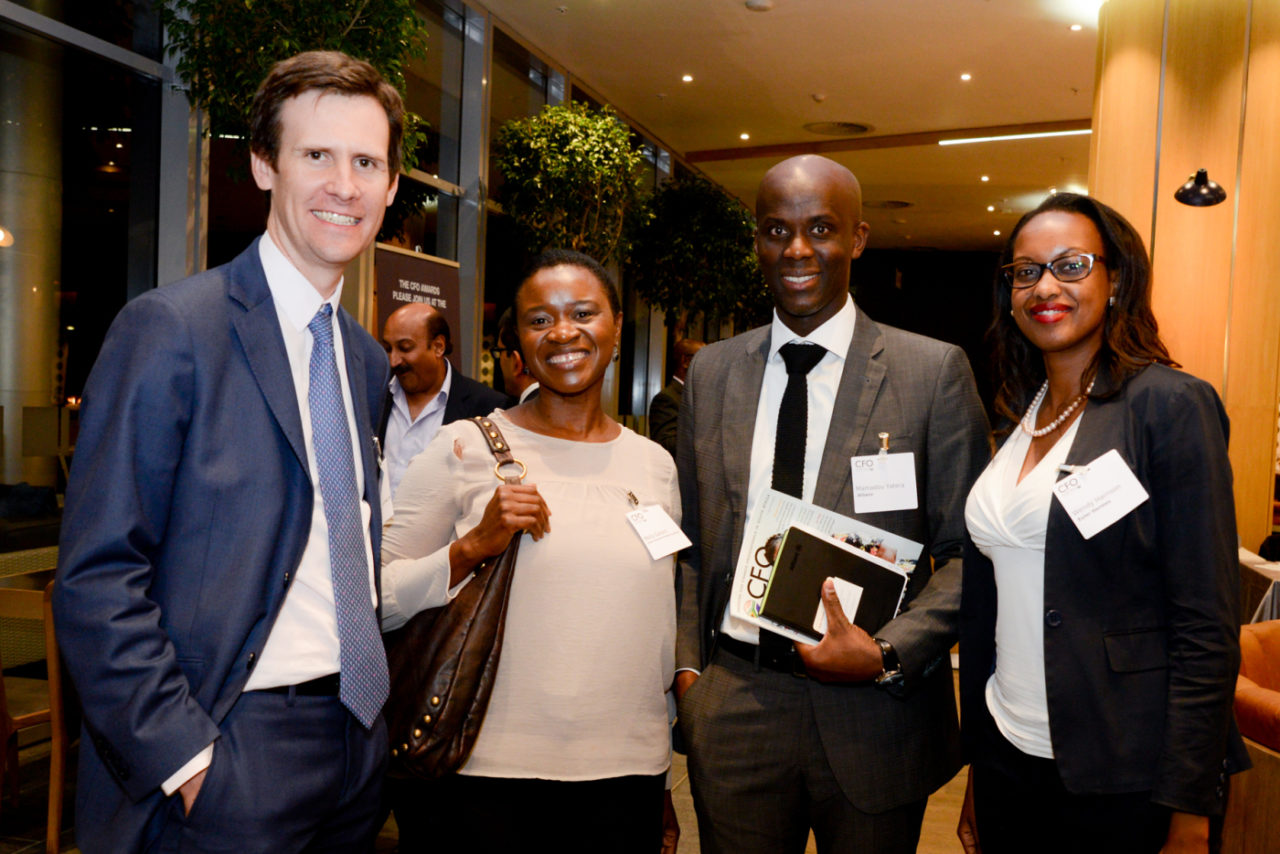 Moula said she wasn't afraid to tell it like it is, and western companies investing in Africa still put expats into the important jobs because they don't want a Nigerian handling the money in Nigeria. The CEO's role is cordoned off for expats because westerners really don't trust Africans to managing financial matters, she added. Her comments were funny, but sadly true. The problem is that the African talent pool is still very small. 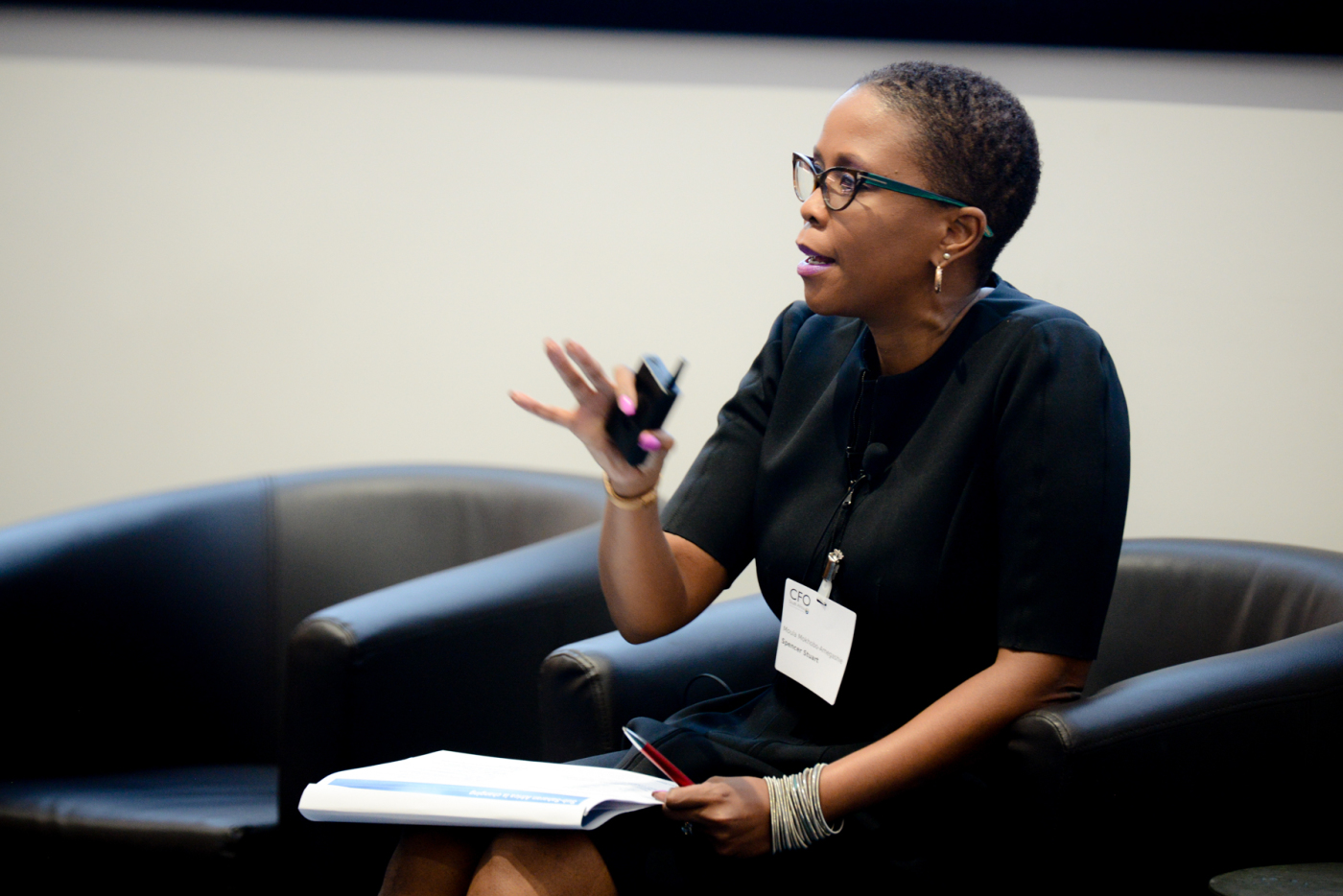 Strangely, however, Moula said that young black South African CFOs are less wiling to go and work in other African countries than their white counterparts. They will go to the US or Europe, but not into Africa.

She also advised those who make the move to other countries not to live in an enclave amongst other expats, but to live and play in the local community. If you go to the weddings, births and funerals of the community you live in, and send your kids to the local schools, you will be rewarded with loyalty and support that you will never get if you keep yourself separate. "Get out of your comfort zone. People do business with the people they know, and we get to know people not through business but through social engagements," she said.