Need to fly a couple of executives into Lesotho to visit one of Premier's bakery operations? No need to book a commercial flight - CFO Kobus Gertenbach has achieved his lifelong dream of getting his pilot's licence and owning a light aircraft and is more than equal to the task.

Kobus’s father was a civil engineer. A colleague of his had a plane, and during the school holidays, Kobus would fly with them on site inspections and meetings. While the meetings themselves weren’t that exciting, the means of getting there was all the motivation that young Kobus needed to tag along. These early, school-holiday flight experiences planted the seed of a lifelong dream, and finally, in May last year, Kobus qualified as a private pilot.

He met CFO South Africa at Lanseria Airport to explain what this involved, and have photos taken of his plane. Kobus holds a Private Pilot’s Licence, which involves nine examinations, at least 45 hours of flying instruction, and annual recertification.

“You have to recertify annually because you don’t often use your emergency procedures, so it’s important that you don’t become complacent,” Kobus explains, standing outside the hangar at the airport where the private Cirrus airplanes are kept. His is a Cirrus SR22 five seater in white and blue – an elegant and attractive small aircraft with a sufficiently spacious interior to make passengers feel comfortable. 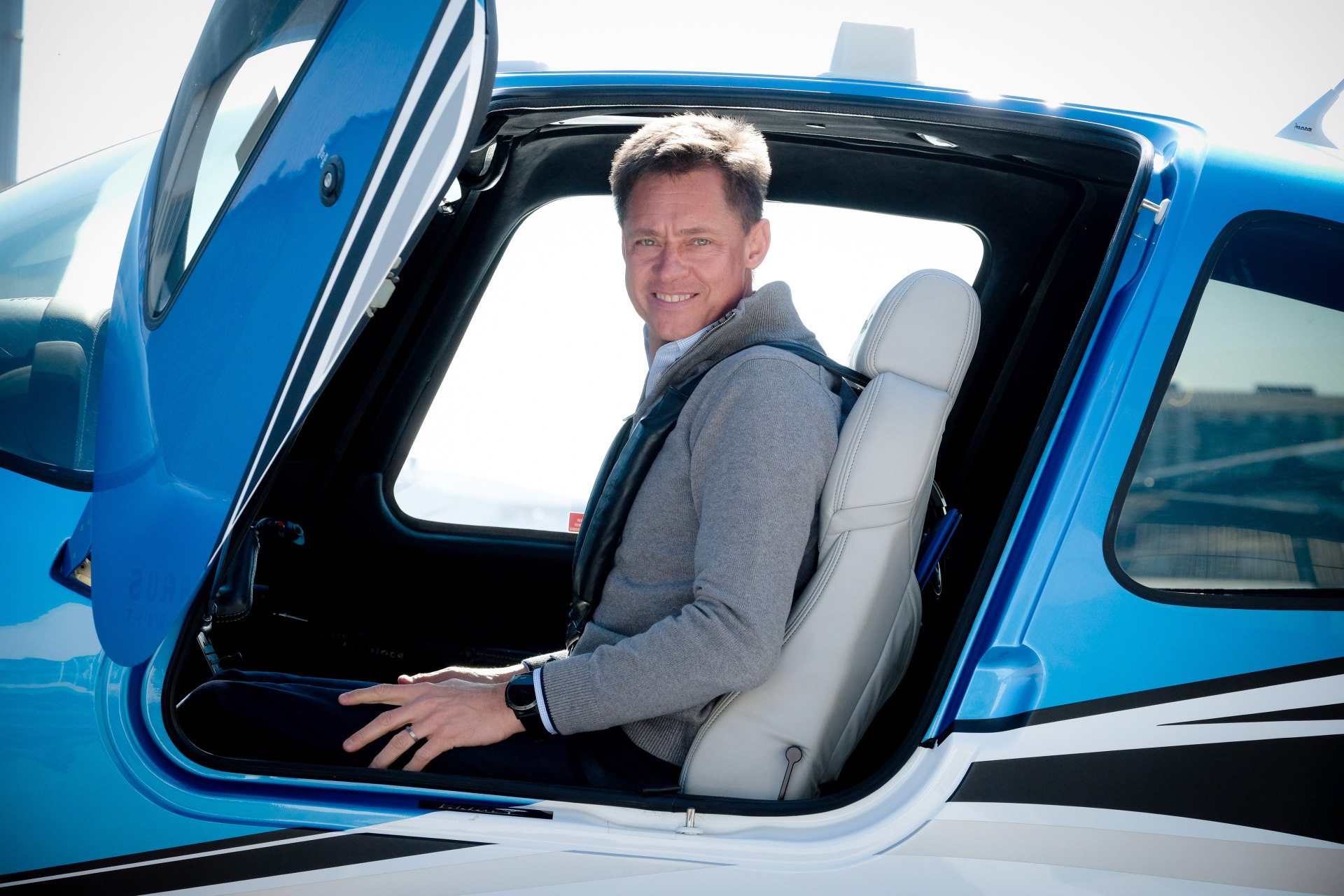 With their propellers and gleaming fuselages, the planes look like something out of a glossy catalogue. The hangar floor is spotless, and the fleet of Cirruses are reflected in shimmering brilliance. In their midst, Kobus is right at home. In this space, after all, he can do something he’s longed to do since he was a child.

“Achieving a lifelong dream is of course extremely satisfying, and it also brings a certain sense of contentment that hard work and dedication was all worth the effort,” says Kobus. 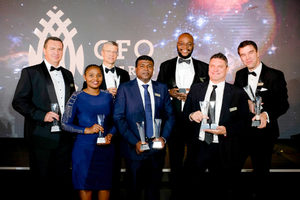 The annual CFO Awards recognises only the best in the business and is strictly black tie. Register today to avoid missing out on an unforgettable evening.

Take to the skies
After a few shots of Kobus and his plane, he asks, “Would you like to go for a flight?”

Without a second thought, Patrick, our photographer, and I agreed. Kobus prepped the plane with confidence and efficiency. It didn’t even occur to me to question his competence. “But some of my friends’ wives have forbidden them to fly with me,” he says with an amused twinkle in his eye. 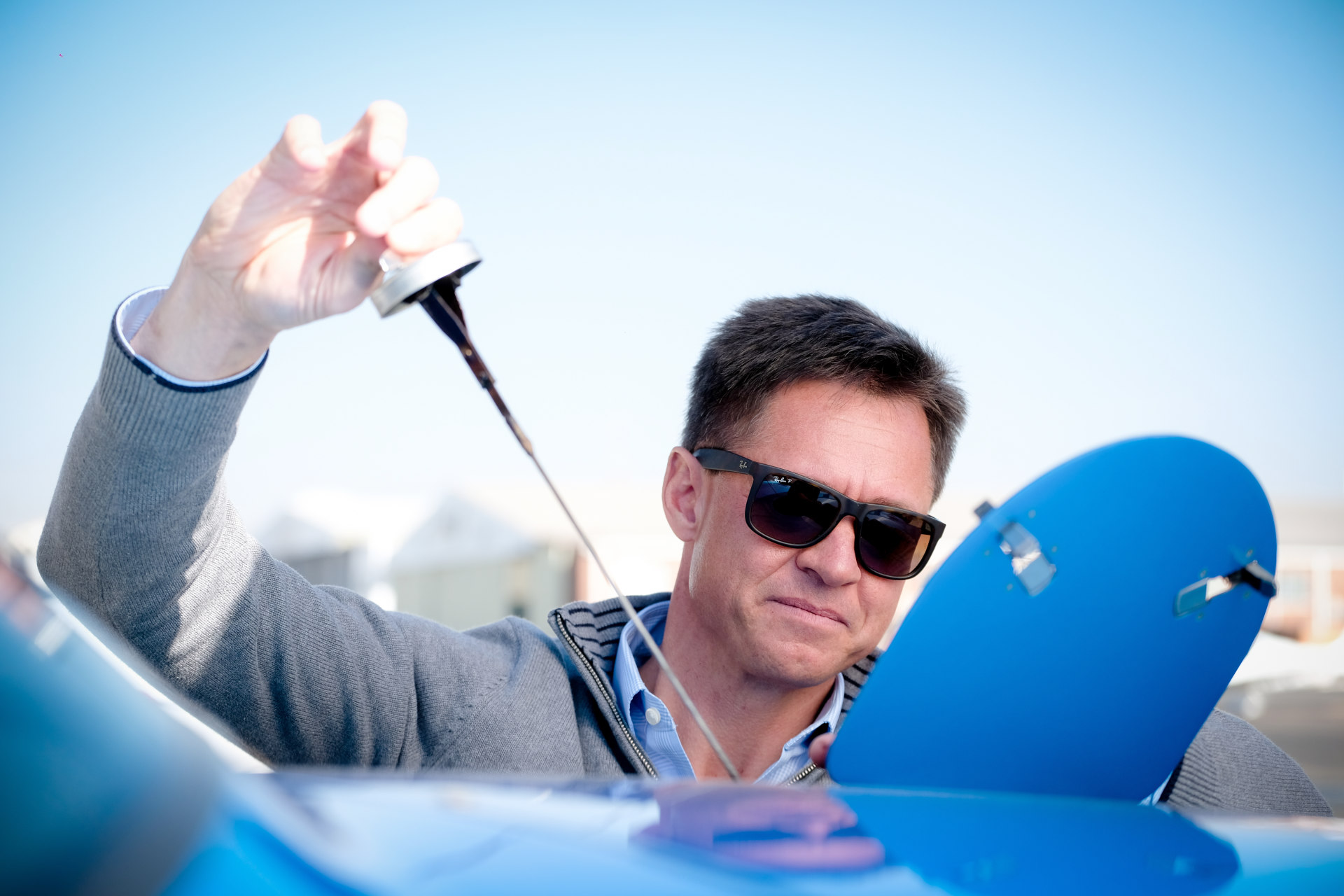 The plane thus prepared for a quick flip over Hartebeespoort, it taxied down the runway and effortlessly lifted us skywards. The desolate beauty of the sparse winter highveld unfurled beneath us, with farms, fields and wilderness making up a patchwork of browns and greens. Small planes generally offer a bumpier experience than their large commercial counterparts, but the gentle dips and lifts all contribute to the experience of being in the air.

Kobus chatted to us through our headsets, updating us on the route, and informing us that we were in the Magaliesberg General training airspace. He kept up conversation with air traffic control and other planes in the air, adjusting our altitude and explaining the flight considerations. It’s surprising just how many small aircraft are skyborne on a random weekday morning over Hartebeespoort.

Any anxiety I might have felt was allayed by Kobus’s calm proficiency – and the full-plane parachute that Cirrus planes have, which can be activated from the cockpit with the pull of a handle.

Our flip over the dam and countryside complete, we made our way back to Lanseria. 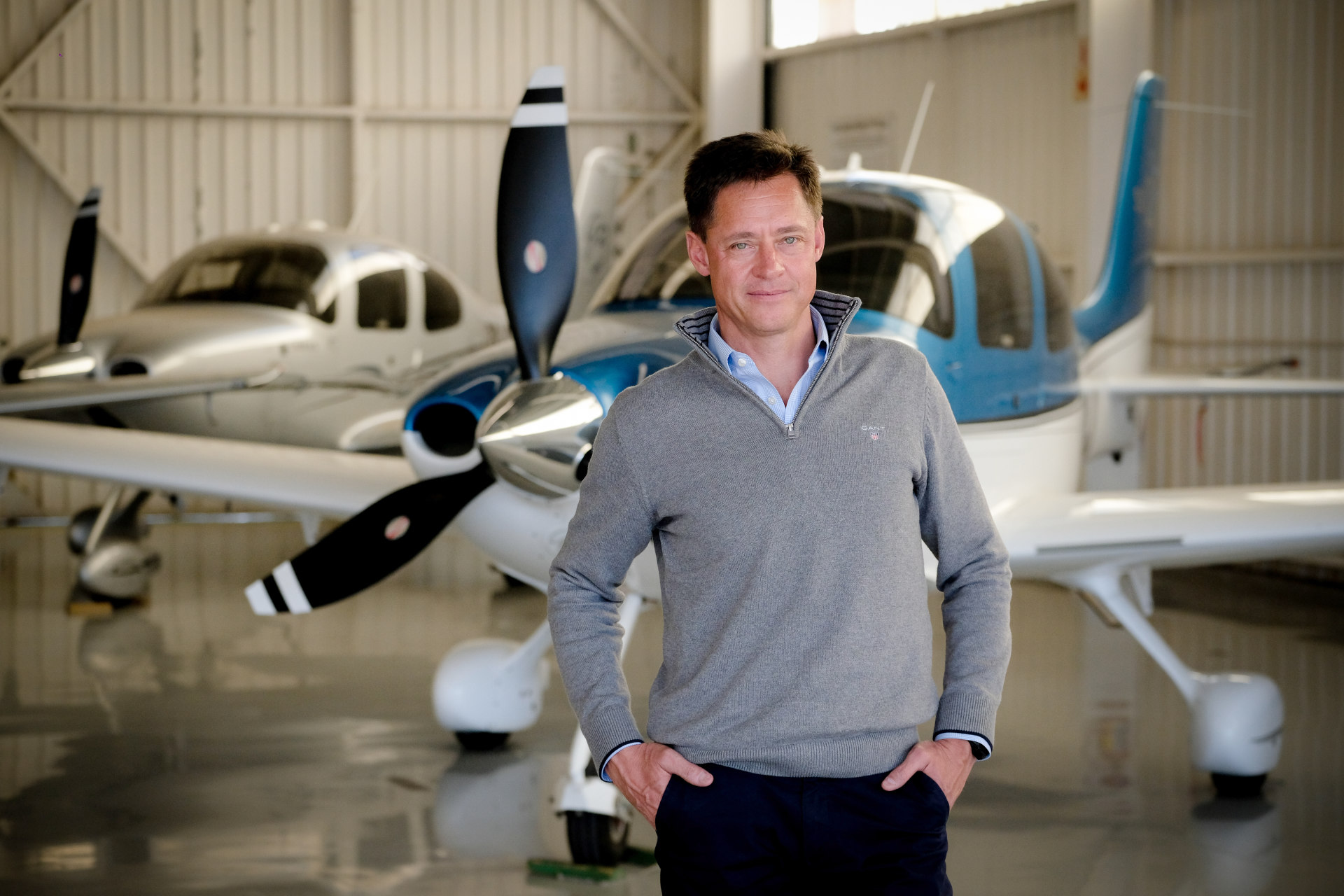 Flying hours and beyond
Other than entertaining editors and photographers, Kobus gets in his flying hours by taking his family on holiday – they have a home in Nature’s Valley, flying his daughters to and from tennis tournaments, and by flying other Premier executives to various sites and locations around the country – and even into other countries such as Mozambique and Eswatini. Only one or two refuse to fly with him.

His next goal is an instrument flight rating, which will allow him to fly in all weather conditions, giving him greater flexibility and range as he flies colleagues, family and those friends who have permission from their wives, around the country.

As dreams go, Kobus’s ambition of becoming a private pilot is a compelling one. The freedom, the technical competence, and the sheer joy of taking to the sky are all made manifest in his love of flying.