Lifehacker and “productivity ninja” Martijn Aslander delivered a thought-provoking Master Class, entitled “The exponential organisation – surviving the 21st century” at Thursday's CFO Conference before the annual CFO Awards ceremony at Summer Place in Hyde Park, Johannesburg. Many CFOs called the session "life changing" or indicated they would be rethinking their strategies after hearing Aslander's clarion call for change and disruption.

The man who has never held a salaried job and started his first business as a fresh-faced 15-year-old aired his views on the Age of Access and the network economy, painting a vivid picture of a world in which a new breed of digital entrepreneurs motivated solely by the betterment of mankind created solutions that surpassed those offered by big business.

He said the time-for-money business model of the West was shifting because of the disruptive digital influences and that this spelled the end for lethargic corporates that were too slow to react to consumer demands and were concerned only with the bottom line. He also mentioned a number of new technologies and productivity aids to support his beliefs.

"We can't stop these disruptive technologies, but we have no reason to fear them."

Mayet called for corporates to embrace the future, while Naidoo said she was for increased "versatility and flexibility, while retain a people-centric approach". Johnson feared that Africa did not have the basic infrastructure to support the high rate of technological progress seen in other parts of the globe.

Van Dijk was concerned about the effect technology was having on personal interaction in the food industry, citing a completely automated sushi bar that she had read about. Aslander said technology was connecting people, rather than isolating them, and allowed for exciting opportunities to interact in the realm of virtual reality. 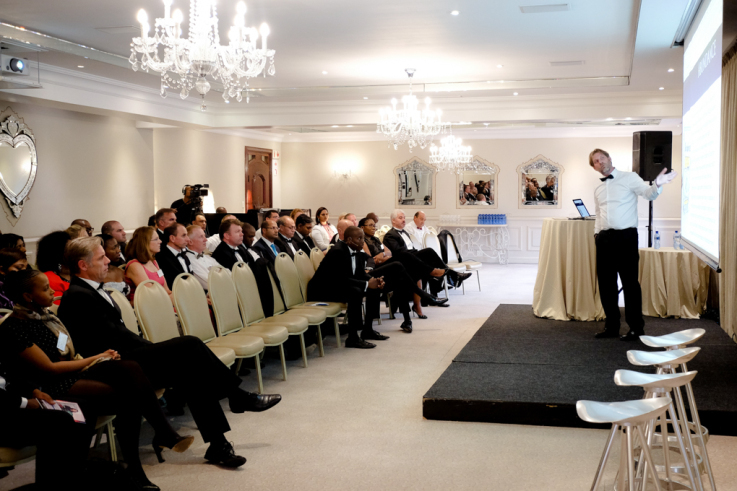 Many of the attendees were stunned by Aslander's foreboding predictions for big business, including Thembekwayo, who said Aslander's proposals required a "fundamental rethinking of business" that dispelled 200 years of what had been taught in universities. Aslander countered by saying that practical wisdom was sorely lacking in big organisations and would better equip these firms to deal with the future than MBA smarts.

Alexander Forbes CEO Edward Kieswetter weighed in on the debate, asking how organisations could keep their ethical framework in step with technological advancement. "We need to have a debate around ethics and social development and the impact artificial intelligence and other innovations will have, but we need to understand these new paradigms first. We can't stop these disruptive technologies, but we have no reason to fear them," replied Aslander.

In his closing statement, the Dutch visionary quoted American author Seth Godin: "The industrial age, the age of scarcity, depended in part on the advantages that came with owning tools others didn't own. Time for a new advantage. It might be your network, the connections that trust you. And it might be your expertise. But most of all, I'm betting it's your attitude."