Sphiwe Blose is not a self-made man. According to him, in business and in life focusing on the self is the worst way to make a man – success comes through working together and seeking this, Blose grew into the man he is today.

This was not a lesson that Blose was born with but something he came to realize in Grade 10 while taking accounting at high school. His office in his current position as Finance Controller of the Consumer Channel Group at Microsoft South Africa is very different to the classroom at Sithengile Secondary School in the Durban township of Clermont where he first came into the world of finance and accounting.

The school was equipped with very few resources and in grade 8 and 9 Blose battled hard with other top achievers in his school to be the top of his class, often achieving his goal but he openly admits that there were three others that put up stiff competition. In grade 10 they realized that if they were ever going to have any chance at getting to university they would need to work together and overcome the limitations of their school.

"Teamwork was the key", Blose tells me. "We were competitive while embracing each other. We were taking the same higher grade exams as other schools but our syllabus and exam preparation was not adequate to prepare us for the externally set examinations. The only solution was to work together - if you uplift people it will always find its way back to you."

In addition to supporting his friends Blose also taught economics and accounting to other learners in the school. He sought partnerships with more privileged schools in the area and made extensive use of their libraries to expand his learning and that of those around him.

I asked Blose what his role in South Africa was today and it was clear that what he learned in high school still stands strong.

"My role is to make people work together outside of their comfort zone. In finance and other industries we have bodies and groups for everything but they are too independent - we must mix and collaborate. A diversity of skills and interactions allows for more robust preparation for the future. We must embrace learning and move forward together."

With such strong conviction I also wanted to know why he thought Microsoft had chosen him for the job.

"Flexibility - I adjust quickly into any environment and can adapt to change. Microsoft is a fast moving company with a fast paced culture and if you are not agile you won´t survive." But his key strength is emotional intelligence and sensitivity to those around him. 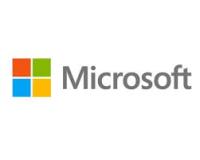 "Building relationships is key and you need to be able to understand people´s emotions. You have to be able to sense changes and differences in culture, team dynamics, and the motivations and incentives of each individual.

People have forgotten how to use their gut feel and understand risk beyond the numbers. The more you train this the more you are able to use it and you begin to take the right risks and make better decisions."

On the topic of going beyond the numbers Blose also told me that the greatest challenge for South African business is that graduates have too much theory but too little experience. The skills are there - among those with education as well as those without - but they have not been given the opportunity and environment to prove them.

"People are qualified but not guided", he says.

This is Sphiwe Blose - a man who will learn from anyone and who treats his own knowledge not as property but as a key to sharing for the growth of himself and others.