Normally, when you hear “Beauty and the Beast” you are transported to a childhood fairy tale. However, the Land Rover Defender 110 has redefined this statement. This absolute relic of a vehicle with its very square and iconic finishes has been turned into an absolute beauty and a capable beast.

On 22 October 2020, CFO South Africa community manager John Deane attended the Land Rover Defender Adventure Series and is still walking around with a smile on his face days after the experience. 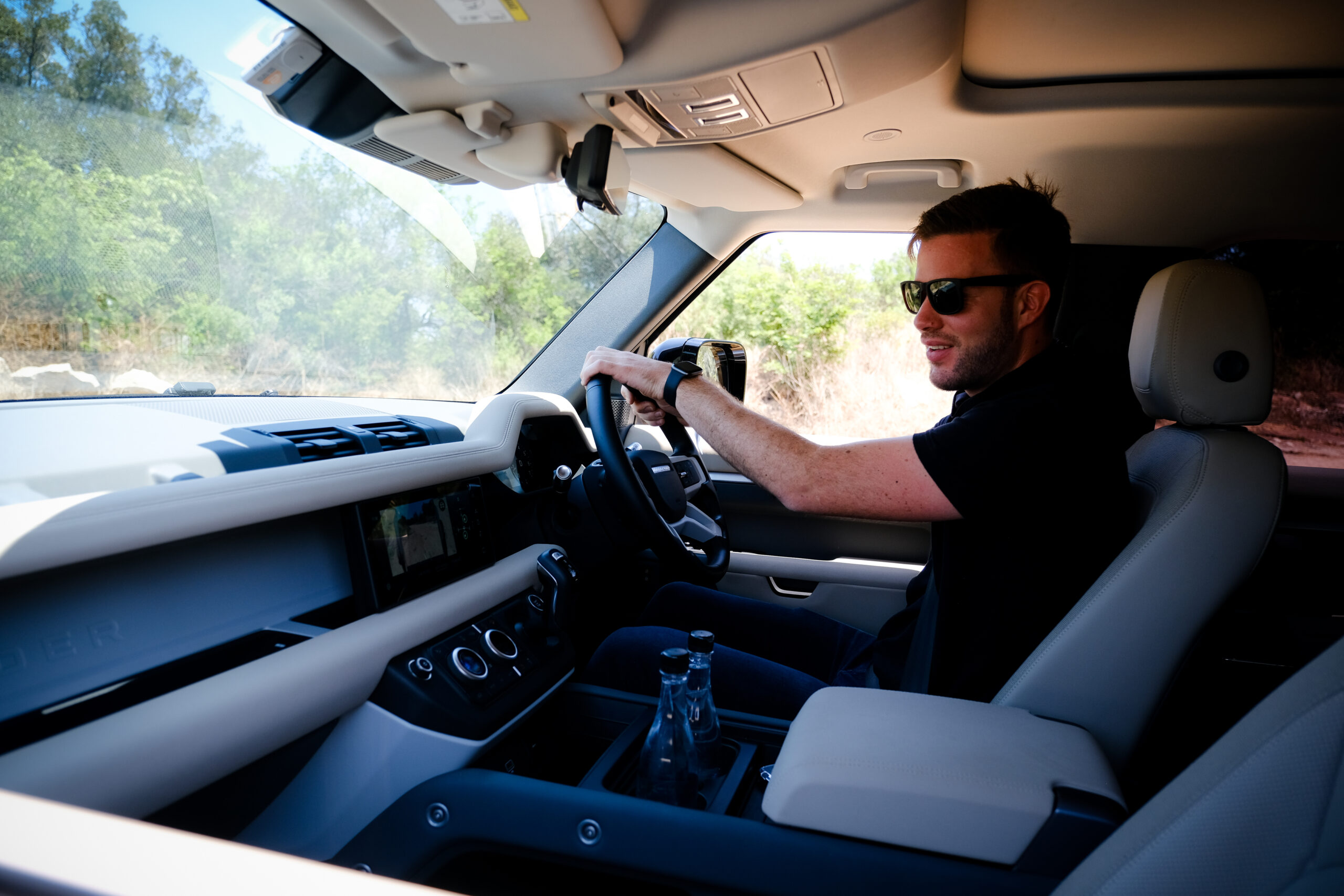 “We arrived at the Jaguar Land Rover Experience Centre in Sandton and what I first thought was going to be a day of ‘just fun’ turned into a learning experience,” John says.

John was greeted by friendly staff and escorted to the Experience Centre’s breathtaking terrace level with panoramic views of the Johannesburg skyline. There, they met up with a good friend of the CFO Community and Fleet and Business Manager at Jaguar Land Rover South Africa Palesa Mabuza. After a delectable breakfast, they proceeded to the briefing area where their instructors for the day were waiting.

Each attendee received a briefcase with a numeric padlock and had to answer five questions in four minutes in order to get the clues to unlock their briefcases. In each briefcase was an iPad with a remote for a vehicle. 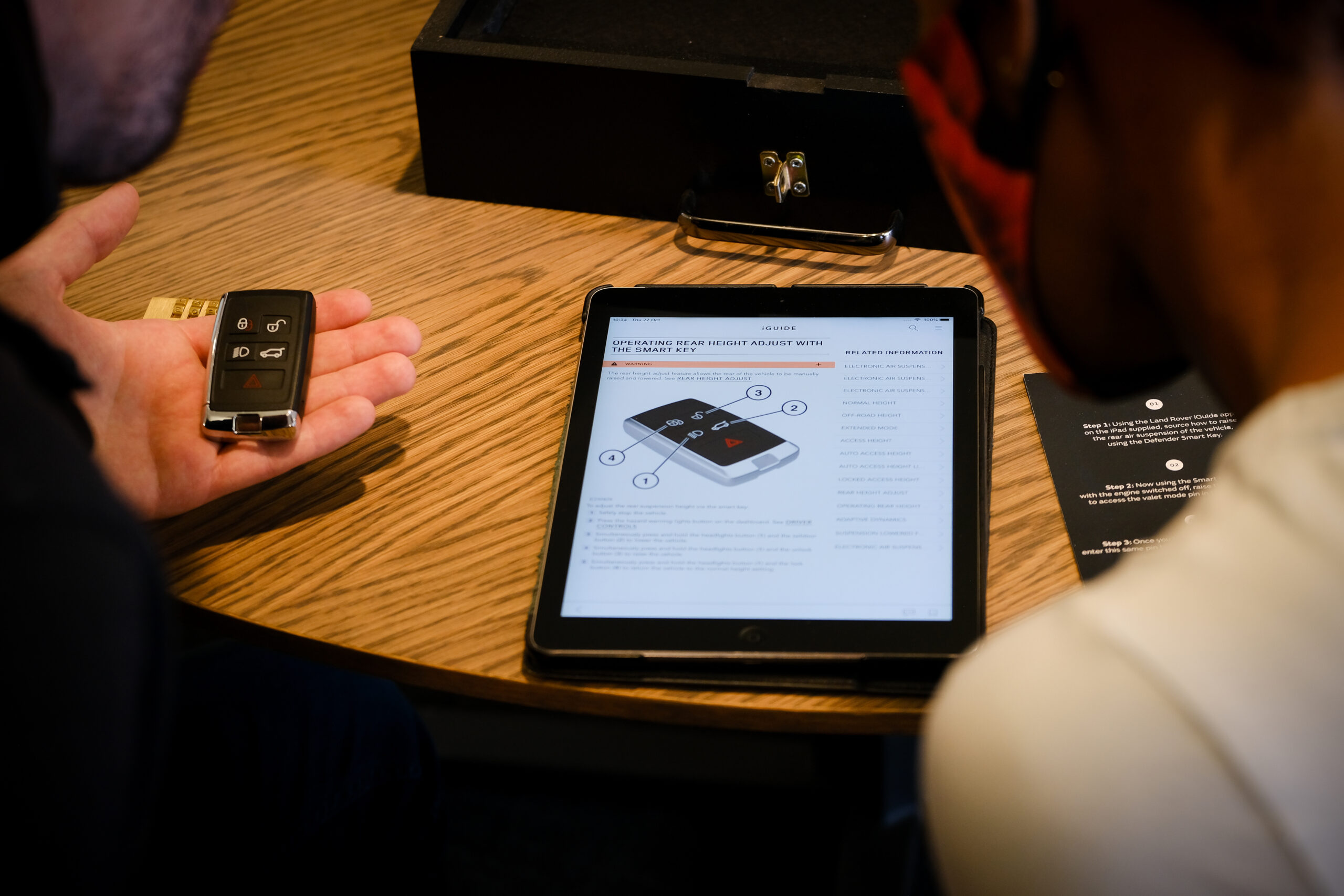 They were then tasked with figuring out how to lift the rear suspension of the vehicle using only its remote.

Their next clue was a numerical code hidden under the wheel arch of the vehicle, which gave them the ability to unlock the vehicle’s operating system and commence the adventure.

The attendees’ first obstacle was transporting four litres of water in a bucket across treacherous terrain, including a 90 degree decline and rocky obstacles. “This was no easy feat,” John says.
Once completed, they had to return to the starting point and measure how much water was left in each bucket. 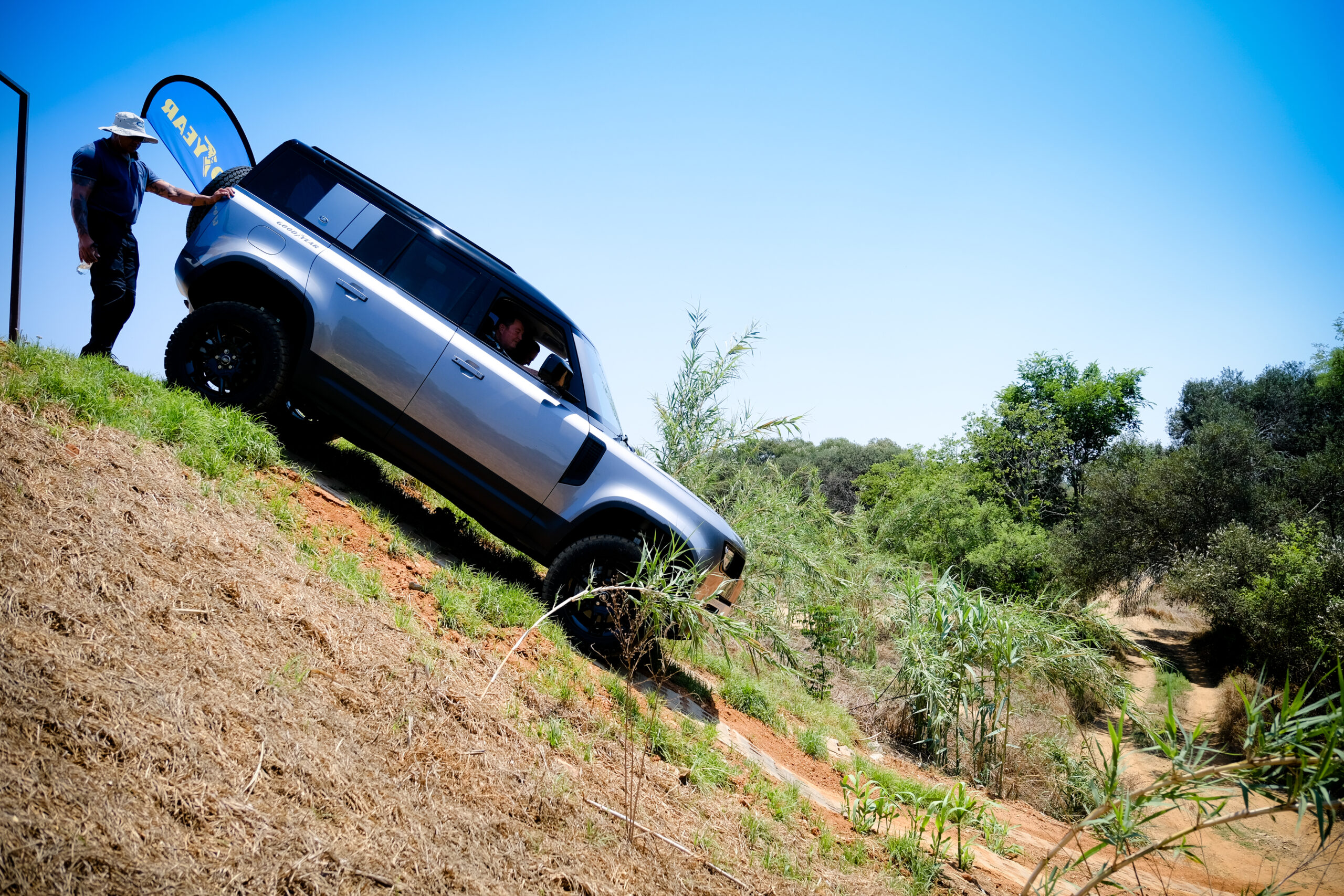 Their second challenge included various water obstacles, which John described as “slalom driving as we waded through the deep water, making every effort not to bump any of the markers”. 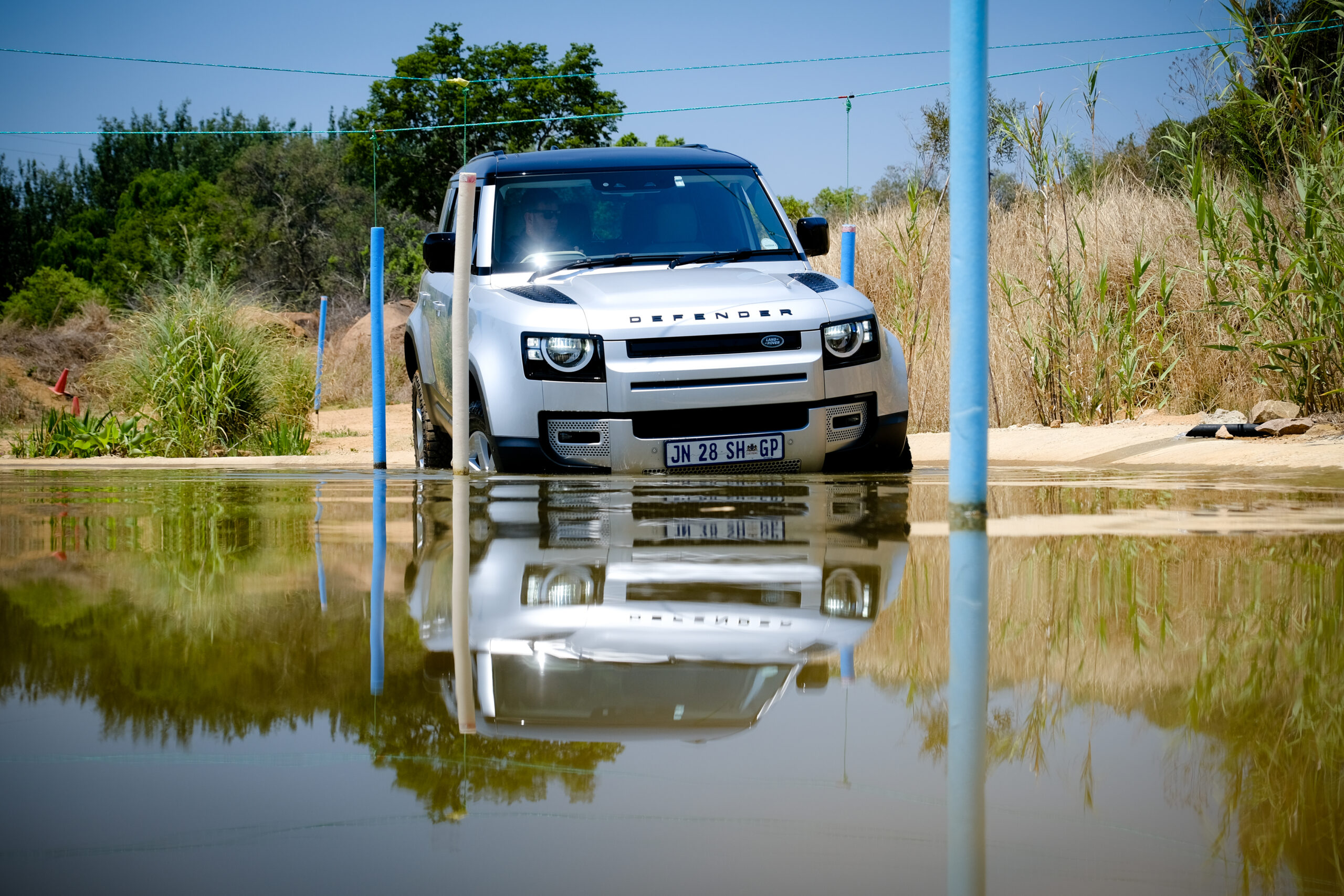 As if the attendees adrenaline levels and excitement weren’t high enough already, they then proceeded to the final obstacle, where they were expected to drive in a figure 8 pattern inside a “dug out” figure H groove, with their front and rear tyres touching very specific markers. 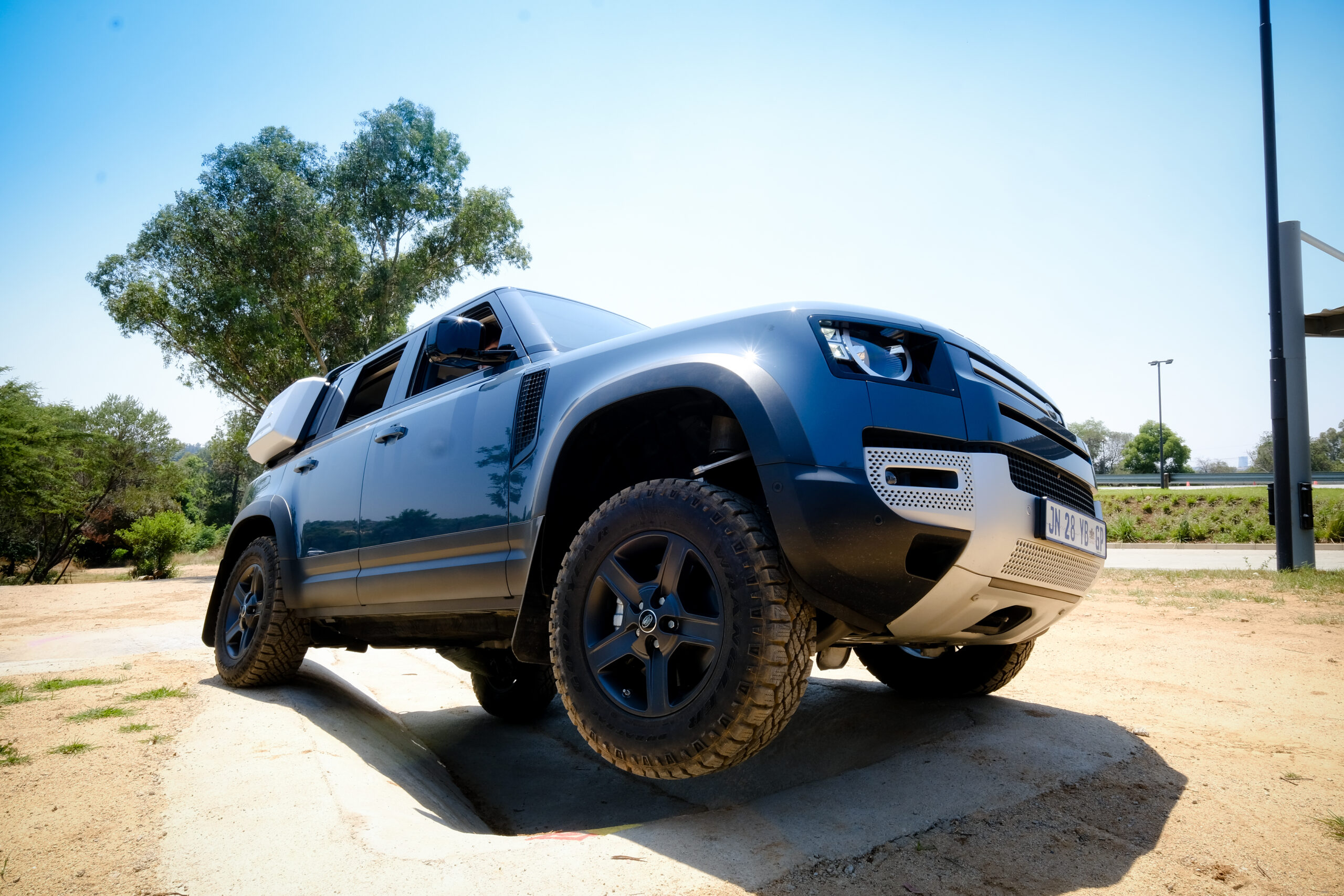 “It was an incredible day!” John says. “Shaun Taylor was an amazing instructor and really helped us put the vehicle to the test. The only way our adventure could be measured was in smiles per hour.”

John says that he would highly recommend the adventure and urges you to contact Jaguar Land Rover today to experience it for yourself! 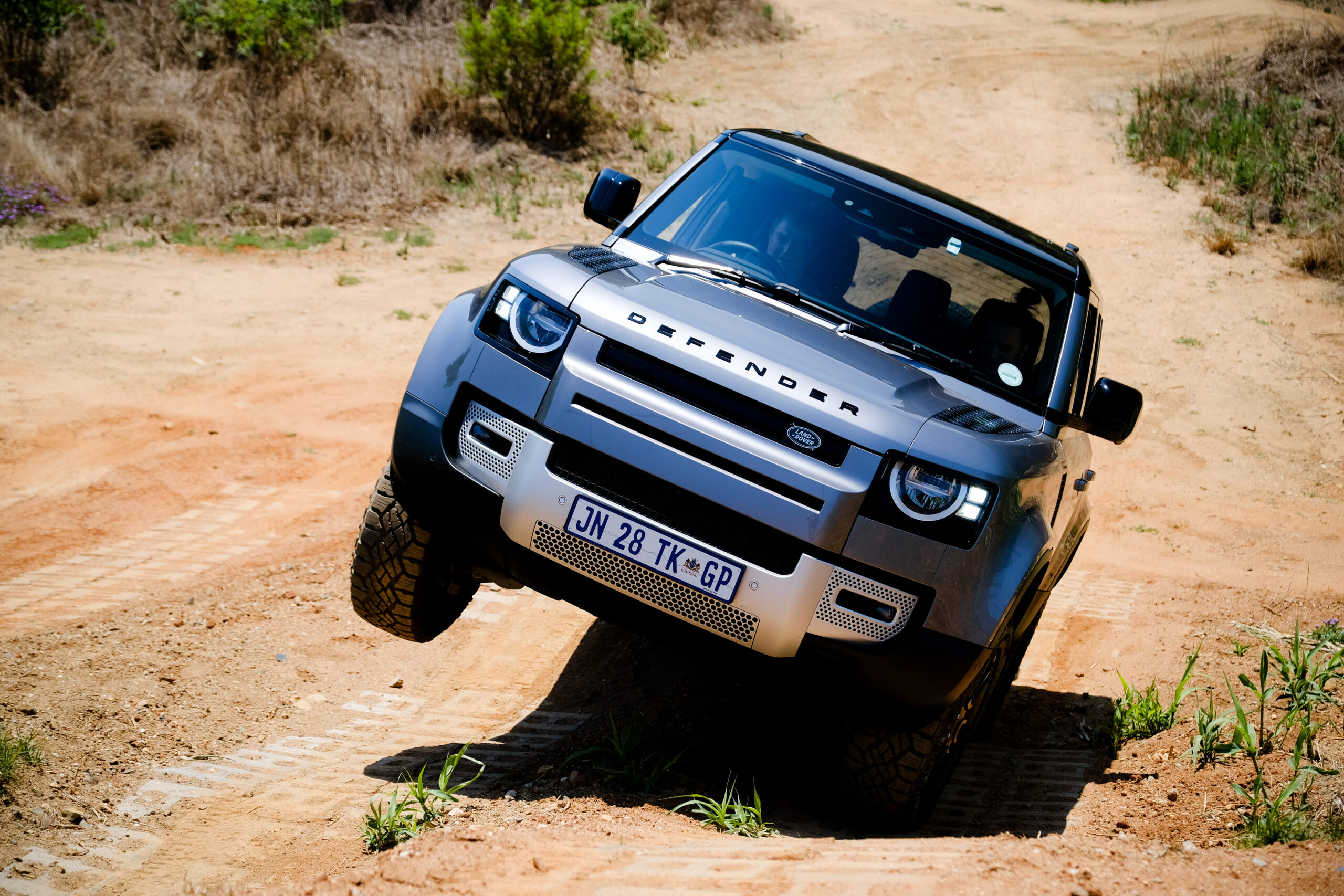 Land Rover Defender… Going above and beyond.