When Tudor Hungwe joined the South African Maritime Safety Authority (SAMSA) more than five years ago, it was a matter of “getting the accounting right and putting controls in place”. With time though, his role has shifted. “The priorities in my day-to-day job have changed. I find myself working more and more as a partner to the executive team. It is challenging, but it makes the creative juices flow and it is much more fun.”

The organisation embarked on a 5 year turnaround strategy in 2008, funded by a massive, and at the time contentious, levy increase for ships calling on South African ports. Those levies form more than 80 percent of SAMSA’s income. “We looked at our revenue model and our cost structure and we realized we were undercharging for services we were offering. We benchmarked with international maritime authority organisations around the world with whom we compete for the same scarce skills and operate within the same environment under the International Maritime Organisation (IMO). Because of the competition for the scarce maritime skills we have to be able to remunerate competitively.”

Although Hungwe doesn’t begrudge the years he spent building up a solid finance function, he is enjoying the “different phase” that has now dawned for SAMSA. “Our mandate is bigger than being a mere safety organization. One of our mandates is to promote South Africa’s maritime interests and we have been mobilizing different role players in our economy to contribute to the development of the maritime sector and that means that we have had to do a lot of lobbying. Our sector needs skills and we have been busy with the implementation of projects like skills development programs so we can close the skills gap.” 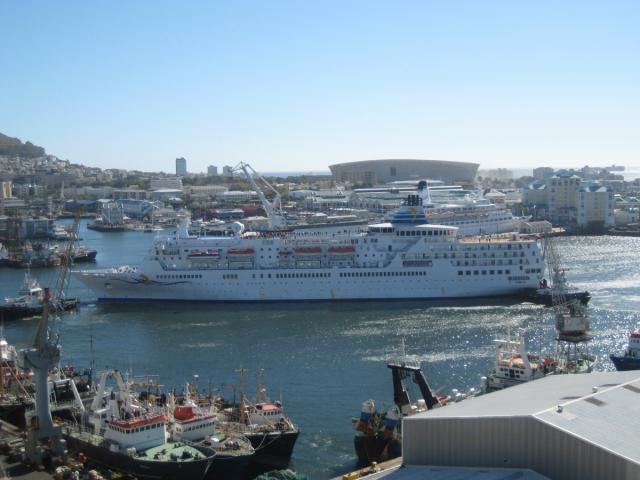 That also means Hungwe gets to play the partner role that most, if not all, CFOs and finance directors aspire to. “I am increasingly involved in operational strategy and that is not limited to financial issues at all. The organization is increasingly getting involved in maritime issues which happens around the world and in complex regulatory challenges and therefore I have to play a role in that. Of course my main focus remains on the general strategy to improve our annual revenues. During my time since taking over as a consultant CFO in 2008 and later as CFO from 2009, we have come from a very small revenue base and have managed to improve that to an annual revenue of more than R300 million.”

The word strategy features in many of Hungwe’s answers. He says he is enjoying his role so much he sees himself continue “partnering with the CEO to explore more growth opportunities in the coming years.” But with an MBA under his belt from the Management College of Southern Africa in Durban, Hungwe might eye a CEO post himself someday, he reveals. “My options are quite open. One thing I have come to realize is that where we are now in 2014 requires CFOs to have a deeper understanding of strategy. And you need to be able to communicate what you’re doing with non-financial people.”

Born, raised and educated in Zimbabwe, Hungwe says he hopes he and his fellow countrymen and countrywomen who went overseas will one day return and contribute to building up their home country. “When I left Zimbabwe the economy had hit rock bottom and I wasn’t able to do what I wanted. I realized then that I could use my skills more effectively in South Africa. I was quite overwhelmed initially when I came here for the first time because South Africa is a much bigger and sophisticated economy.”

Hungwe is keen to mix and network more with fellow CFOs, something CFO South Africa has been facilitating from its inception. “The starting point for me is relevance and the events run by CFO South Africa, for example around technology and IT, are quite relevant. We need to challenge each other, because talking to others who have been in the same position can make a difference. One of the challenges as CFO is to grow from a specialist into a generalist and to look at the world from an organizational point of view instead of a financial point of view. Learning from each other helps us accomplish this.”