Damian Judge has been the group chief financial officer of Trellidor Holdings since March 2019.

Damian qualified as a CA(SA) in 2009 after serving as a trainee accountant with PKF.

He served on the board of directors with Advanced Polymers and Kaymac as FD before joining Trellidor. Before that, he served as a financial training manager at Converg Financial Training. He has also served as a member of the executive committee of the Manufacturing Circle.

For his work as the group CFO of Trellidor, Damian has been nominated for the 2021 CFO Awards. 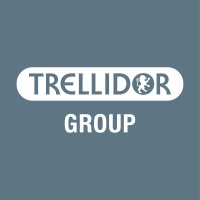 About company: Trellidor Holdings is the leading manufacturer of custom made security barriers in South Africa and Africa.

Damian has been nominated for his work as the CFO of Trellidor Holdings.