At CFO South Africa we already know Greg Davis for a while, thanks to his great series of Expert Insights on:

The Standard Bank Africa CFO also contributed to various of our events. In May this year Davis received the Moving into Africa Award at the CFO Awards. In an exclusive interview we spoke to him about promoting "a culture of sharing and interaction", his take on the CFO role and the way he sees banking develop in Africa.

As a young leader, what is your take on the CFO role?
"In Africa the CFO role is still quite old-fashioned. For me it is about taking the step forward from the role of Finance Director to becoming a strategic guardian of the business. The control side is a given and needs to be in place, but I like the strategic insight the role brings and requires. My view is that what I do is what the CFO should be doing - focusing on funding and capital allocation."

Can you quantify the growth in Africa?
"The Group's Return on Equity is 14,6 percent with the stated aim of 17 percent. In the African operations we are at 21 percent. We were an irrelevance, but we have literally quadrupled our African operations since 2010 and it is now 10 percent of the Group's profitability. We have a good balance of our risks, with a third coming out of SADC countries, a third out of East Africa and a third out of West Africa."

What has been your biggest success so far?
"Saying you are pan-African is great, but being it is another thing. I spend my time doing just that, but that doesn't mean recreating the South African Standard Bank elsewhere. We work with fit for purpose structures. It was a cross roads to get the structures right and to get the Group executives to understand the need for change."

"The interaction between the teams in the various countries is a massive step forward of which I am really proud. We have 5 percent of our staff in different countries than where they come from. We are plugging risks and developing people. A guy from Uganda has been in Tanzania and the DRC. He will be my next CFO in Uganda. I promote a culture of sharing and interaction."

"My view is that what I do is what the CFO should be doing - focusing on funding and capital allocation."

"I changed 6 CFOs in 2014. We want to be the best finance team in the world. We bounce ideas off each other. Nobody is stupid, but sometimes our people in Africa lack depth. That is why we rotate."

How do you stay informed with so many different countries reporting to you?
"I don't watch South African news, simply because I don't have the capacity. Instead I read African newspapers. I spend a lot of time on the road going through financial and business strategies, managing risks and helping to take opportunities. Most African countries have thin economies. With the current interest rates and regulations, teams need to be nimble." 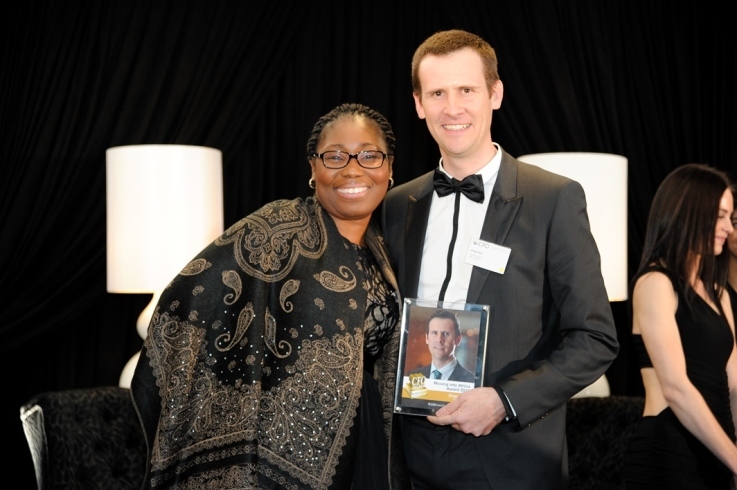 How do you see the bank's Africa expansion develop?
"Finance is at the forefront of supporting the business going into new territories, like Ivory Coast at the moment. Although the legal entity is only being set up in 2016, we are already getting a CFO into that business. To do that, we recruit locally, bring the winning candidate to South Africa for 6 months and when the CFO lands back in Ivory Coast he or she really is Standard Bank."

"Banking goes where the GDP growth is. We are following our clients into markets where we are not present yet, like Ivory Coast. I am also really excited about Ethiopia. It has a huge demography and the GDP per head is only 500 dollars but growing fast. The opportunity is massive. You can't have ownership of a bank, but we can work with that."

How important is innovation?
"We can learn from companies like Unilever, who adapt their products to the markets in specific countries. We had a quick unsecured loan for African entrepreneurs, but the execution of that product was not effective. We have learnt from that mistake: Africa is not one market and our product development team now develops specific products per country."