South Africa's fourth-largest insurer, Liberty Holdings, has announced plans to invest up to $80 million in two deals in Nigeria by end 2015. Casper Troskie, Liberty CFO, noted that the company has been negotiating with parties in Nigeria to acquire stakes in their businesses, and that Liberty has made good progress in this regard 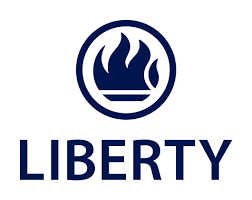 Liberty's investment forms part of the company's five-year expansion strategy into sub-Saharan Africa, as it believes the number of people in Africa who can now invest in insurance to protect their wealth has increased, thanks to decades of economic growth on the continent.

A unit of Standard Bank, Liberty recently reported a 6% increase in its half-year profit. According to the company, EPS came in at 705.5 cents during the six month period ending in June, compared to 664.7 cents a year ago. The company further stated that business interests outside of its home market grew during this period, and attributed this to weak investment markets in East Africa.