“It isn't so frightening north of the Limpopo. There are huge opportunities and huge talent," said Greg Davis, CFO Africa for Standard Bank, when he received the Moving into Africa Award at the 2015 CFO Awards. He dedicated the award to his Finance team across the continent and said he hopes that "other companies will join us in venturing into Africa”.

Davis is a bit of an Africa-evangelist so it was fitting that he received the award from Delphine Maïdou, CEO at Allianz GCS Africa, who hails from Burkina Faso in West Africa. "One thing is key to moving into Africa: understand that SA is one of 54 countries on the continent," Maïdou said. "We need to ask how we can bring best practices from the country into the rest of Africa."

Davis told me he last year that he is aiming to develop future African leaders by rotating them between different African countries. I was recently in Ghana and in between an avalanche of complaints about banks, which are even more bureaucratic and even less likely to think out-of-the-box, Stanbic regularly came up as a telling exception. It seems that Davis and his colleagues are finally developing banking solutions for specific countries, rather than just floating on the wealth of a few multinationals who are active in the continent. 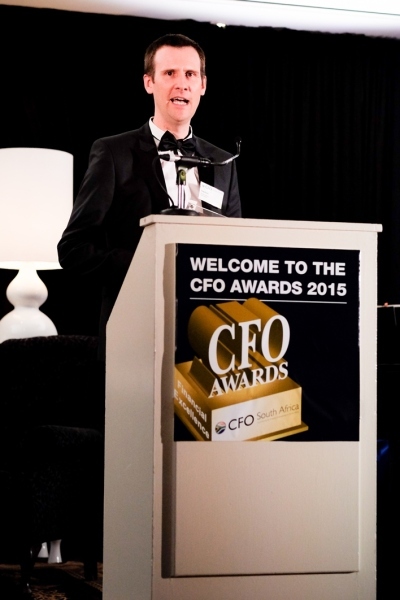 The summary of Davis' judges interview in the program book for the awards is a testimony to the new wind that is blowing:

Standard Bank's Africa CFO Greg Davis sees promoting "a culture of sharing and interaction" as key to his recipe for success. A CFO, he says, should be a "strategic guardian of the business". Davis has been instrumental in Standard Bank's Africa expansion, including the decision to move the African banks onto the same MI solutions platform as the South African bank. Commodity prices and - ever changing - regulations are some of the main issues Davis deals with on a daily basis. "We have literally quadrupled our African operations since 2010."

Earlier, Davis wrote 4 Expert Insights about doing business in Africa for this website. They deal with being in control, interacting, influencing and getting the most out of infrastructure.