“This job has given meaning to driving Financial Inclusion in South Africa and doing good as a corporate citizen,” says Philip Panaino, division president South Africa in International Markets at MasterCard. “It has always been a passion for me to contribute to a truly inclusive financial environment. Here I am able to do that, whilst working for a large multinational. For me it is a perfect marriage, the best of two worlds.”

Panaino joined MasterCard in August 2012, after more than 11 years in corporate institutional banking at Citi and a short stint as a payment technology entrepreneur. “At Citi I was involved in developing Transactional Banking products and doing all the good things banks do. On a CSI front the last couple of years at Citi we got involved in a vegetable garden in the Zandspruit township. We negotiated a piece of land and worked directly with the ladies on the ground to make it a sustainable project. It all sounds basic for people that have had the privilege of good education and a monthly income. It made me think about what legacy I would leave as a human being. I left Citi post a prosperous stint.” 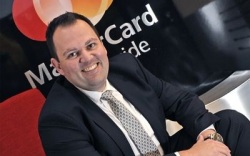 As a director at PayPoint Technologies Panaino tried to be a “catalyst” that would make it easier for the “disenfranchised” to participate in the economy. “PayPoint was a service and technology organisation that provided 24-hour payment, pre-payment and ATM solutions to financial institutions, retailers and mobile network operators. We rolled out 350 terminals and were aiming at deep rural areas. People could use the technology to purchase pre-paid airtime, pay electricity or acquire financial services. It started working and we implemented a robust operationwith avery modest margin of just 3 percent. Maybe it wasn’t the cleverest thing to do, but I learned a lot.

Meanwhile, MasterCard was angling for Panaino’s services. “They kept calling and I learned the perception of the organisation was not correct. I did not know about the great power, innovation and technological capabilities of this great company. Eventually post deeper research, I joined because I saw an opportunity to do good whilst having fun.” Panaino emphasizes that “contrary to popular belief” MasterCard does not issue cards, but partners with financial institutions, governments, merchants and other entities to enhance efficiency, innovation and find better, smoother ways to pay. “I thought it was an organisation that was not embracing technology, but I was wrong.”

In the world of MasterCard cash is a four-letter word, the Milpark Business School-trained Panaino says. “Cash is costing anywhere between 0.5 to 1.5 percent of GDP, depending on the country. In addition, there is security spend, there is theft and there is loss of lives related to cash. Most crime is done in cash. If you lose cash, your money is gone. If you lose your card, you still have your money. That is why it is exciting to be involved in a social security program, which is slowly teaching people to save.”

Since 2012 MasterCard had worked with the South African Social Security Agency (Sassa) to issue 10 million social-grant debit cards to grant recipients, which make it easier for both the Government to pay the beneficiaries and the beneficiaries to spend the money. It helped reduce fraud, and also makes transacting more secure. Grant recipients are now also entrenched in the formal economy by being banked.

“When the project rolled out in 2012, grant recipients took money out of their cards as soon as they could,” remembers Panaino. “Today more and more people are learning to save. According to research by the UK-sponsored FinMark Trust, the percentage of South Africans that are financially included has risen from 63 to 75 percent since we started this program. Thanks to this program MasterCard can be an agent for change. It has definitely given meaning to my life and doing good as a corporate company operating in South Africa.”

Like many companies, MasterCard is using South Africa “as a platform to do business in the whole of Africa”, says Panaino. “The continent is the last place to grow and South Africa is a good base. We have well-run banks, which were shielded from the financial crisis through its conservative regulatory environment and prudent approach.” 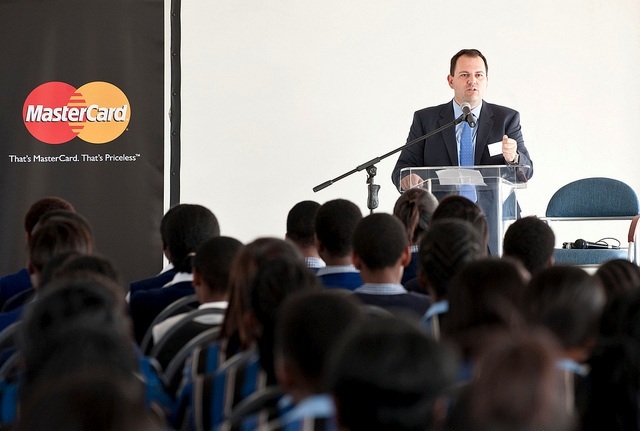 Panaino says the innovative spirit of MasterCard should appeal to South African CFOs. “We can play a significant role in bringing more operational and financial efficiency to CFOs. We have recently launched MasterPass in a number of countries around the world, with the latest launch in New Zealand. MasterPass is a digital platform that gives shoppers a seamless, secure and speedy checkout – regardless of where they may be and what device they may be using.. In Australia we have developed the QkR-app, which enables parents to control the food their children buy at school. In the Yankee stadium in New York you can now order your food with a QR-code which is visible on the chair in front of you. But in South Africa, 80 percent of all consumer retail payments are still done using cash. That means there is a lot of room for us to grow.”

Stay connected, up to date and in the loop on what is happening in the world of finance by becoming an online member to receive ournewsletter and following us on Twitter. Also to keep track of newly published interviews with CFOs and CEOs.